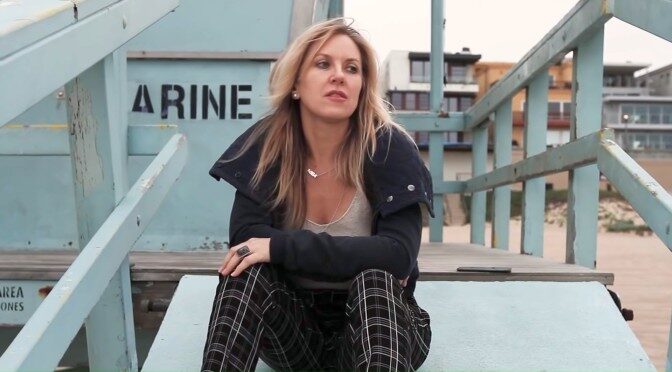 From Soberish, due June 4 on Chrysalis.

It’s great that Liz Phair has reconnected with Brad Wood, who produced Exile, Whip-Smart, and a most of the best songs on whitechocolatespaceegg. In the liner notes for Girly Sound to Guyville, Phair talks about how unlike previous producers she had tried to work with, Wood “wanted to make a record the way I wanted to make a record. [Wood and engineer Casey Rice] didn’t want to tell me what to do.” Which is why the music they recorded together is so distinctive; the guys didn’t try to tell “the girl” that what she wanted to do was wrong.

I remember hearing that the reason her early songs sound so weird is that she didn’t know how to play guitar when she wrote them and was just making up chords on her own by putting her fingers wherever they sounded cool. If that’s true, it’s awesome.

The quirkiness of youthful experimentation doesn’t last forever, especially when you have major label honchos breathing down your neck, but that’s why after finally being “released” from Capitol Records, 2010’s Funstyle was such a welcome change of pace (even if half the songs were ridiculous).

But now she’s teamed back up with Brad Wood and the three songs we’ve heard so far from their collaboration are giving us a picture of what this new phase is like. It’s mature but not boring. There’s still a playfulness in the production. There are familiar “classic Liz Phair” guitar tones, but nobody’s trying to recreate Wicker Park in the 90s.

The best song on Exile, “Divorce Song” was written at least five years before Phair got married and this new song, dealing with a similar subject, is coming out twenty years after she got divorced.

Phair says, “I drew inspiration from a friend who was going through a divorce, but the actions in the lyrics are my own. I relate to hiding out in the bathroom when everyone around you is having a good time but your life just fell apart. You look at yourself in the mirror and wonder who you are now, shadows of doubt creeping into your eyes. Just a few moments ago you were a whole, confident person and now you wonder how you’ll ever get the magic back.”

I don’t know if it’s ever really possible to fully get the magic back. But if you can manage to keep on keeping on, and every once in a while grasp a little bit of the magic you once possessed, maybe that’s good enough.

We’re all grownups now. It’s probably greedy and unrealistic to expect to be able to rekindle whatever it was that seemed to come so easily when we were young. But it can be fun to try.