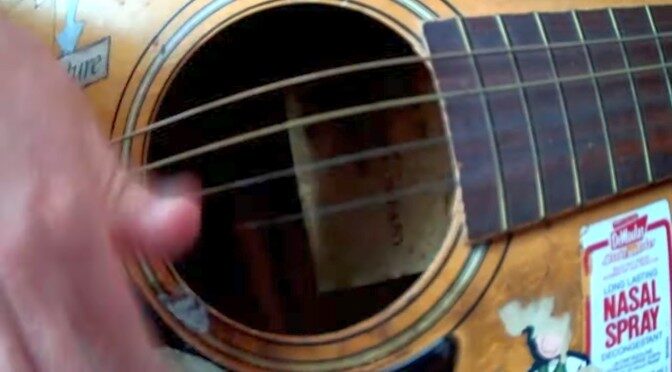 From Reason to Live, out now on Joyful Noise.

How great is Lou Barlow? The four-track maestro has apparently kept everything he’s ever recorded, because this song features a sample of a tape he made almost 40 years ago.

Barlow says, “This song is about writing songs and how I’ve, admittedly, lost my way many times. But, in the depths of the quarantine, I came to realize, again, that entertaining myself with sound is my greatest defense against the non-stop chatter in my brain. The guitar that begins the song is a recording from 1982 and one of the first melodies that I captured on a portable cassette recorder. I’ve never forgotten it and took the opportunity of a lengthy stay at home, among my stuff, to exhume and expand it. The video documents how and where I augmented it: two drums on the floor of my attic and the room I record in.”

Very cool. It’s fun to see where the magic happens. And the song is great, proving at least some good has come out of this pandemic.