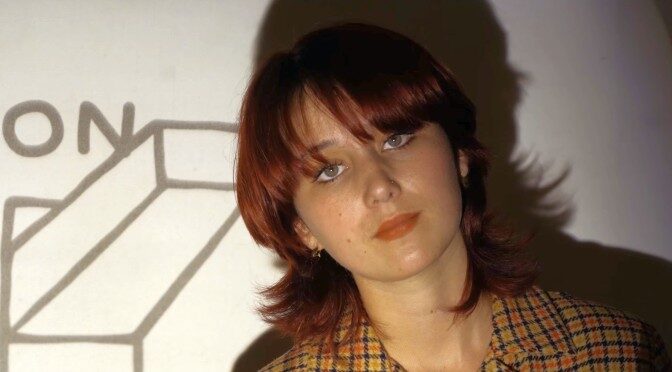 Directed by Keely Martin and Piper Torrison. Single out now on Dangerbird.

I got my flu shot and covid booster last night. At the pharmacy while I was waiting my turn there was a family with a five-year-old boy and a six-year-old girl getting their first dose. The little boy was nervous. His big sister agreed to go first. She was a boss and didn’t even cry. She told her brother to pinch his leg to distract himself. It worked. He took it like a champ and got a sticker and some candy. After his ordeal I heard him say to himself, “Safer and closer to normal.”

Martin told Audiofemme, “I wanted to make it like, kinda funny, and I was trying not to think too hard about it when I was writing it, but of course when you look back, you’re like oh, there is deeper meaning to this. I do think that it is a sad song in a way, and vulnerable, but hidden behind that humor – which is very much a common thing that I tend to do, or anyone else does when they’re confronting a something or someone but they don’t want to reveal too much about their feelings. Compensating with humor, just that general experience of making yourself small and forgetting your worth, I feel like that’s very relevant to anyone’s experience.”

When it was my turn to get my shots the kids were still there waiting out their 15 minutes. I pinched my leg to distract myself and I barely felt the pokes. I got my sticker and some candy. And now hopefully we’re all a little safer and closer to normal.