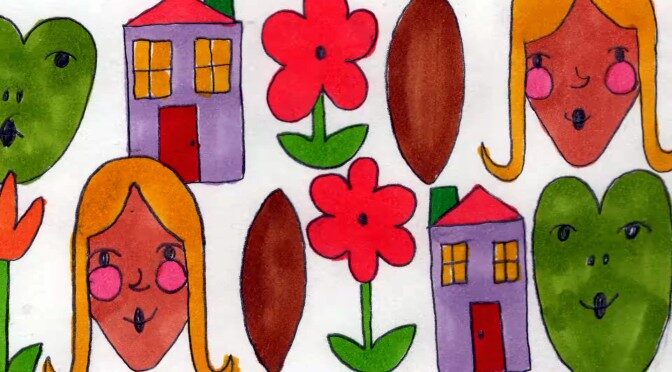 Animation by Corrinne James. From the Concession Stand Girl EP, out October 29 on Carpark.

Well this is about as adorable as it gets. A voice and a banjo and lyrics about a pregnant kid at a football game. Wow. Who is this Naomi Alligator?

Turns out she’s a songwriter from Virginia named Corrinne James who’s been uploading her self-recorded releases to Bandcamp for five years. And now she’s signed to Carpark.

Inspired by Liz Phair’s Girly Sounds recordings, James decided to create her own music. “I was nervous to show it to other people because I was just scared about what they might think, but eventually I started sharing it with friends in college and they would share it with more people.”

Just like Girly Sounds! Very cool. I might have to dip into her Bandcamp archive. There’s a lot there!