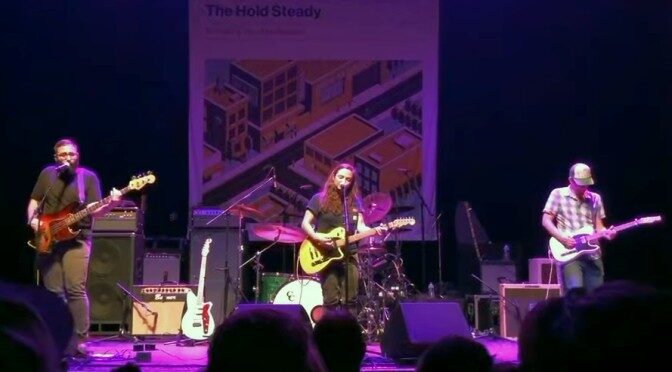 Video: Sincere Engineer – “Come Out For A Spell”

Sincere Engineer - Come Out For A Spell (Official Music Video)

From Bless My Psyche, due September 10 on Hopeless.

Sincere Engineer and Hopeless Records have released another single along with the album announcement for Bless My Psyche, which will be coming out in September. They’ve also scheduled a release party at the Cobra Lounge in Chicago and it sold out immediately. Good for them, but who dares to plan anything that far out anymore?

The new video assembles a bunch of tour footage from back when bands could tour, including some silly offstage hijinks. I recognize two shows I attended but am thankful to see that my drunkenly bobbing head is decidedly off-camera.

In November the band is hitting the road with Hot Mulligan, which is a bummer because they’re third-billing and will be playing bigger venues. I mean, not that much bigger (St. Andrew’s in Detroit, Bottom Lounge in Chicago, etc.), but I was hoping they’d come to the Pyramid Scheme in Grand Rapids. I’m not willing to drive three hours to see a half-hour set. Maybe they’ll do a headlining tour in 2022 and play some tertiary markets. Fingers crossed!