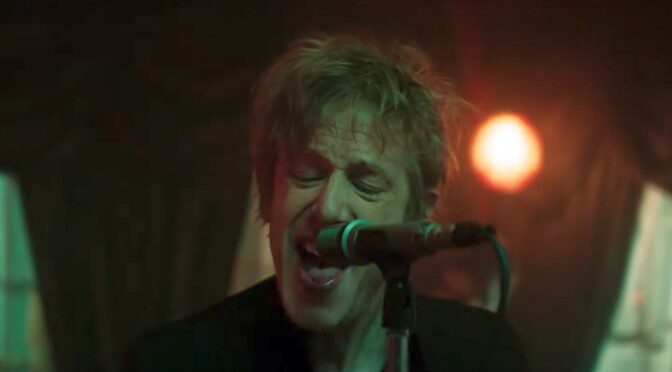 From Lucifer on the Sofa, out February 11 on Matador.

It’s fucking weird out there, gang. I mean…when is it not weird anymore? Are we forever stuck in this real-life Chinese curse of “interesting times” where a half-wit gameshow host dictates the ebb and flow of current events in exile at his faux palace in Florida? Is this it now?

It’s good to have something to look forward to and who better to deliver than the most consistently good band of the last 20 years? The press release says, “Spoon’s tenth album, Lucifer on the Sofa, is the band’s purest rock ‘n roll record to date.” And by God, that’s exactly what we need. Returning to their roots in Austin, Texas for recording, the first single is indeed a scorcher.

Here’s how I imagine the video treatment being pitched:

Interior 2: A small study (upstairs or downstairs from Interior 1). A female is tied to a chair facing a menacing male holding a knife.

I won’t give away any more spoilers but suffice it to say this is a Lynchian freakout that’s perfect for the song…and the times.

Britt Daniel describes the sound of the album as, “the sound of classic rock as written by a guy who never did get Eric Clapton.” If that isn’t the perfect description of GLONO’s beat, then I don’t know what I’m doing here.

On This Day: December 3