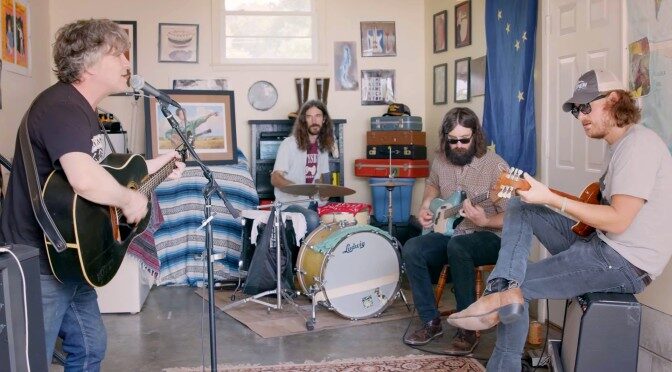 From You Don’t Really Know Me, out now on Black Mesa.

Fifteen years ago, we featured Tim Easton in one of our first “GLONO Video” collaborations with Whiskey Bender Productions. This was a series we ran that featured interviews and performances from a variety of touring musicians including Dirty Pretty Things, The Chamber Strings, Jesse Malin, Centromatic, our beloved Two Cow Garage, and many, many others. We pivoted to video, ha ha, 10+ years before it was the cool thing to do. Like most things GLONO, we were a dollar short and a decade early. So it goes.

In the 15 years since we made that video, Easton has continued to release albums and You Don’t Really Know Me is his first for Black Mesa Records.

Easton says, “In some ways, it’s a recovery album. Not only recovery from a vice, but also recovery from a divorce and a destructive, rambling life of self-centered gratification. It’s a peaceful, positive, loving album — an album about personal revolution.”

This kind of earnest rock and roll played by grownups may not be the most fashionable type of music out there right now, but that doesn’t make it any less compelling.

Stuck in the middle of a losing game,
I was just about to hang my hat.
Just because I got out of the rain
doesn’t mean I won’t still get wet.

Easton describes “Speed Limit” as “a healing song that is played with a lot of energy to remind you to slow down.”