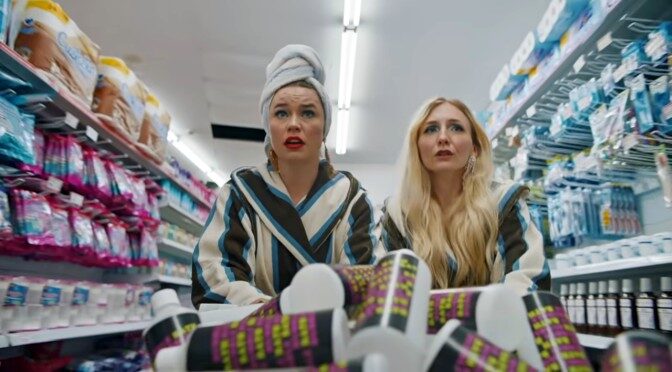 Directed by Fred Rowson. From Wet Leg, out April 8 on Domino.

It sucks when you’ve got tickets to see a band in a small place but then the band gets so big they upgrade to a bigger venue. I mean, I’m sure it’s great for the artist and I suppose it’s nice for the johnny-come-latelies who missed out on the first round. This happened to a pal a couple years ago when he was taking his teenage daughter to see Billie Eilish at the Aragon Ballroom but it got moved to the United Center. And now it’s happening for friends who were amped to see Wet Leg at the tiny Empty Bottle but just got bumped up to the roomier Thalia Hall. So it goes. I’m sure it’ll still be a fun show.

Who can blame them? Wet Leg is on fire right now. With appearances on Seth Meyers and NPR’s Tiny Desk, they’re taking over America.

“Too Late Now” proves that Wet Leg isn’t just a one-joke pony. “Chaise Longue” and “Wet Dream” grabbed you immediately but “Too Late Now” reveals a little more depth and songcraft. And sadness. It’s good. I can’t wait to hear the whole album. And I’m super jealous of everybody who is getting to see them on this December tour of New York, Los Angeles, and San Francisco. They’re coming back to the States in March, and I’m guessing that’s going to be your last chance to see them in a smallish venue.