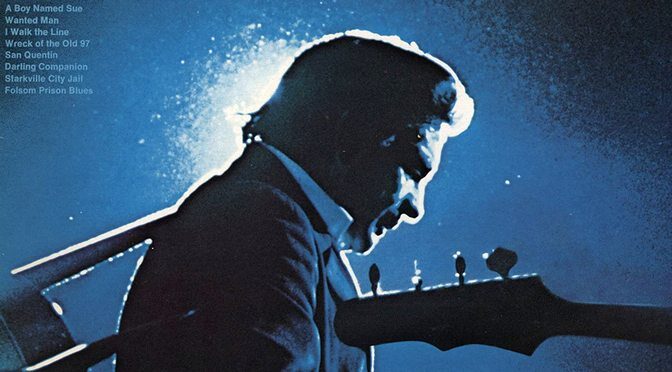 On January 1, 1959, Johnny Cash performed at San Quentin State prison; what is interesting is that he’d released “Folsom Prison Blues” in December 1955, and didn’t play at Folsom Prison until 1968, when he recorded a live album there. He followed that up in 1969 with Johnny Cash at San Quentin. When he played the show on New Year’s Day in ’59 Merle Haggard was in the audience; Haggard had been convicted of trying to rob a roadhouse in Bakersfield in ‘57; failed at an escape from Bakersfield Jail, so was transferred to San Quentin. While Cash had never been a convict, Haggard had spent time in several prisons; that New Year’s Day performance by Cash was, Haggard later said, instrumental in his becoming a musician, something that he’d tried to do prior to the Bakersfield job, obviously unsuccessfully at that time.

On January 1, 1953, Hank Williams—whose given name is Hiram—was being driven to Canton, Ohio, for a concert. Williams—who’d had a long bout of problems with alcohol, amphetamines, etc. (his drunkenness lead to his dismissal from the Grand Ole Opry in 1952; he became part of the show in 1949), although it should be pointed out that he was plagued by severe back problems and later a heart condition, so odds are the substance abuse was meant to relieve the pain—was found dead in the back seat of the Cadillac he was riding in. He was 29. One thing that Williams had pulled off that few others have managed as well as he did was to record as “Luke the Drifter.” Apparently, Luke the Drifter performed religious recitations, which Williams figured would not exactly be helpful vis-a-vis his public career. Somehow songs like “My Son Calls Another Man Daddy” and “Moanin’ the Blues” wouldn’t be Luke the Drifter-approved.

On January 1, 1962, one of the great fails of all time took place: The Beatles auditioned for Decca Records. And Decca decided that Brian Poole and the Tremeloes would be a better pick. In July 1963 that band made its way to the charts for the first time in the UK with a cover of an Isley Brothers hit, “Twist and Shout.” The Beatles had beaten the band to that song, having released their version in March of the same year. The Tremeloes evidently knew a good thing when they heard it: in a post-Poole lineup, they covered “Good Day Sunshine” in 1966. It didn’t make the charts. Back to the Beatles for a moment: although January 1, 1962 was a Monday, did people really work that day in the UK?

On January 1, 2007, BBC Radio 2 (According to the company: “The remit of Radio 2 is to be a distinctive mixed music and speech service, targeted at a broad audience, appealing to all age groups over 35”) announced the results of a poll that had been taken of approximately 20,000 of its listeners. It indicated that the greatest British band of all time was not the Beatles. It was Queen. This makes one question the vaunted “wisdom of crowds.”

On January 1, 1890, the first Rose Parade was conducted by the Pasadena Valley Hunt Club. The association with a football game didn’t occur until January 1, 1902. There is a notable university in Pasadena, California Institute of Technology, better known as “CalTech.” It was established in 1891. It had a football team. The Beavers never played in the Rose Bowl. CalTech did have an “appearance” at the Rose Bowl in 1961. Some clever Sheldons managed to switch flip cards used by the cheerleaders for the Washington Huskies so that people in the stands would be directed to unknowingly spell “CALTECH” during halftime, which was picked up by the national NBC broadcast. (The CalTech football team ceased to exist in 1993.) On January 1, 1972, the first rock band rode on a float during the Tournament of Roses: Three Dog Night. Which makes one question the wisdom of the organizers in Pasadena back then. On January 1, 2021 there was no Rose Parade, having been canceled due to the pandemic. It was the first time the parade had been canceled since 1945, due to a world war.

On January 1, 1975, Stevie Nicks and Lindsey Buckingham officially joined Fleetwood Mac. In April 2018 Buckingham was “fired” from the band, ostensibly because of Stevie Nicks. He sued the band in October for dismissal. He had a heart attack in February 2019 and underwent open heart surgery. Due to the intubation, his vocal cords were affected. He recovered and was to have made his first return to a stage at the Beale Street Music Festival, which was to have taken place May 2020, was pushed back to October 2020, and was cancelled. In December 2020 Stevie Nicks sold 80% ownership of her song catalog—including “Dreams,” which had a massive boost in 2020 due to a TikTok video—for a reported $100-million.

On January 1, 2021, I thought I’d wish you all a good one for the year. The pandemic isn’t over yet. It is not likely to be for several more months. It will. But still: be careful. Because while we are all ready to get out there, know that on February 27, 2020, someone who shall go unnamed said, “It’s going to disappear. One day — it’s like a miracle — it will disappear.” We’re still waiting.