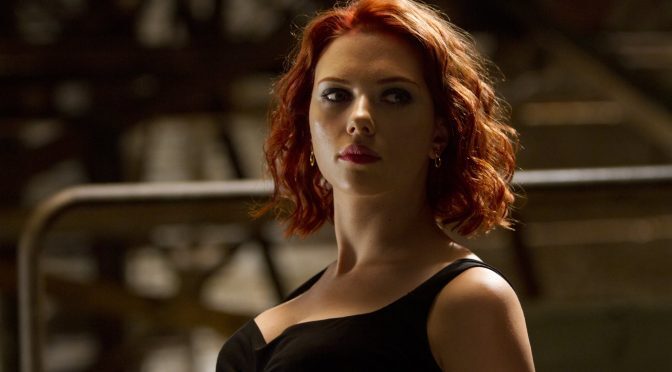 This is not about music. At least not directly.

It is about performance, pay and distribution. All things that are absolutely germane to those who make a living via musical performances.

Quick: Where is the Walt Disney Company as a legal entity located?

Yes, Delaware. Let’s not lose sight of the fact that the entertainment business is big business so Disney, like a majority of Fortune 500 companies, incorporate in Delaware, largely because Delaware legislatively keeps its corporation statutes up-to-date regarding the world as it exists today, not at some hoary point in the past; it also operates a special court, the Court of Chancery, that rules on corporate law disputes sans juries.

The opening line of the suit is worth pondering: “Over the past decade, Scarlett Johansson’s work has generated billions of dollars for Marvel Studios, and, by extension, its parent company, Disney.”

Billions of dollars over the past decade.

The lawsuit contends that her latest, Black Widow, would provide Johansson with money that would be based, in part, on box office receipts but the amount of those receipts was reduced because Disney didn’t just make Black Widow a “theatrical release” (i.e., in move theaters), but, on the day that it opened in theaters, made it available to subscribers of Disney+ (for $30).

Back in 2017 Johansson and Marvel Studios entered into an agreement in which “that guaranteed her a share of ‘box office receipts’” and “To protect her financial interests in these box office receipts, Ms. Johansson obtained from Marvel a valuable contractual promise that the release of the Picture would be a ‘wide theatrical release.’” The idea–remember, this is 2017–is that Black Widow would play in a whole bunch of cineplexes for what was an industry standard of 90 to 120 days, after which there could be other outlets.

In other words, she would make bank primarily during the time it was in theaters.

But because it was released on Disney+ as well, the number of people who would pay at the box office was reduced.

Here’s something to ponder from the suit:

“Traditionally, if a moviegoer enjoyed a film enough to see it a second time, he or she would have to either buy another theatre ticket or wait to buy the film on home video, electronic-sell-through (iTunes), or some other form of distribution after the theatrical window concluded. And historically there was no shortage of Marvel superfans willing to do so.”

Note how the “electronic-sell-through” has shifted its position from post- to contemporaneous.

Evidently the lawyers for Johansson are among the Marvel superfans because they write in the complaint:

Now it should be noted that there was a little thing called a “global pandemic,” not a consequence of Thanos or other supervillains, that occurred between the 2017 agreement and the release of Black Widow. To be sure, that upset plans of all kinds including those who are charged with determining how and when movies are released. It cost some $200 million to make the movie, so the corporation’s “opportune time” and the actor’s are undoubtedly two different things.

But the pandemic’s effects cannot be underestimated, yet it is mentioned in one sentence in the complaint (“However, its release was delayed several times during the COVID-19 pandemic.”) and the complaint is 18 pages long.

In 2019, globally the movie industry had its best year (with, coincidentally, Avengers: Endgame being the number-one film, bringing in an estimated $858-million in North America and $2.79-billion worldwide).

To put that into context, know that according to Statista, there were 57.7-million music tour tickets sold globally in 2019. In 2020 that number was 13.4-million. Which is certainly in the ballpark of the reduction in movie ticket sales.

So live music suffered something of a collapse.

Now what does all of this and Scarlett Johansen have to do with anything?

Consider this, from musicindustryhowto.com in a December 2020 entry about how musicians make music: “Live performance accounts for 28% of an average musician’s income, and is the largest piece of the pie.” It goes on to note, “Based on how little music sales and streaming brings in for independent artists these days. . .it’s not surprising that ongoing touring and live engagements have the potential to bring in steady income.”

That, of course, is in a post-pandemic world when live engagements are possible.

One more thing to throw into this mix.

The week the lawsuit was filed tech corporations released their Q2 2021 earnings:

Let’s say for the sake of argument that the theatrical release of Black Widow is analogous to musicians touring. And let’s say that the release on Disney+ is, well, what it is: streaming.

Musicians make most of their money touring. And when it comes to the giant acts, there are corporate interests involved. And the corporations are more interested in ROI than in anything else.

If we go back to the RIAA numbers, the industry is going to be most interested in streaming, because that is where the preponderance of money is. Musicians, comparatively speaking, don’t make much on streaming. But the businesses do.

Look at the size of the revenues of those tech companies. By and large those companies are making considerable amounts of money on non-physical things. Sure, there are iPhones and Xboxes and whatever Prime drops off at your door, but there are the apps and the streaming services involved, too.

So as we move out of the pandemic, as there are the returns to stages, to what degree is it going to be in the interests of big companies to make more than feigning moves of interest toward that compared with what they’re going to gain from other routes of distribution? Why not have “special” concerts on Facebook Live or on Apple TV rather than in venues—that still may be shut down due to the Delta variant?

Consider the Black Widow case: whether it was in a theater or on its streaming channel, Disney was going to make money on its movie. Johansson wouldn’t make as much, but the corporation certainly would.

The music industry is a subset of the entertainment industry. What happens in one is certainly going to happen in the other. The goal, as is laid out in the complaint, is to “drive profits.”

The point is that the entertainment industry has changed in a way that is likely to be permanent. The monies involved in all of this are too big for it to revert back to dependence on models that had previously been the norm.

Still, it comes down to the simple fact that for most people who choose to pursue music for their livelihoods are making a rounding error of the amount that Johansson has made for Marvel. Support your local musicians because the amount of support they will otherwise get is probably disappearing. And even for those who have hit the “big time,” realize that the corporate interests that are associated with them are not going to likely be as supportive as they might have been pre-COVID.