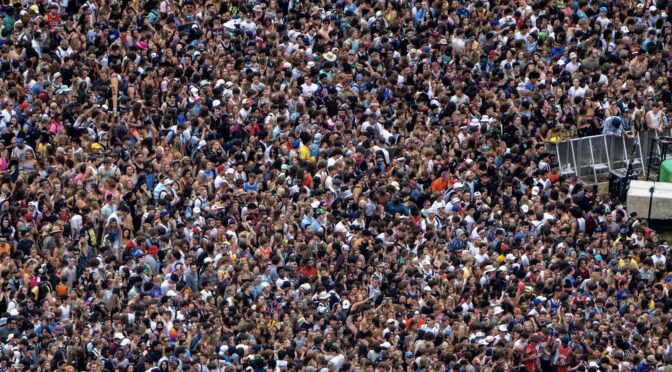 While I had thought that writing about the effects on the global pandemic on the music industry was done, that the folks from Pfizer and Moderna had put the proverbial pin in it with the remarkable release of their vaccines, here we are again.

On a seven-day rolling average, the number of COVID cases in the U.S. the last week of July 2021 was higher than the number during the same period in July 2020 according to the Centers for Disease Control, 72,790 vs. 68,700. That’s right. Even though vaccines didn’t become available until December 2020, there are more cases now than there were before that date.

Still, it seems as though it is over. Seems.

Last week I attended a business conference at which there were some 400 attendees who spent several hours in a large room. These were primarily mid- and upper-level managers; were someone to have walked into the room and shouted, “REO Speedwagon is playing in the casino down the street!” there would have been a stampede the likes of which would have made George Costanza seem like a fire marshal.

The number of masks on the attendees could have been counted on one hand. The size of the room and the number of participants offered reasonable distancing, but there were chairs setup such that you could sit as close to the person sitting next to you as you would like. The lunches—the organizers boasted that they were “plated” rather than buffets—were setup as though it was a large wedding circa 2019.

Maybe this is what could be described as “whistling past the ICU.”

See the second paragraph, above.

What got me thinking about this was news out of the UK this week that the Johnson government is establishing a £750-million insurance plan that will go into effect next month, the purpose of which is cover concert promoters should government restrictions cause the cancellation of concerts.

According to the BBC, the Musicians Union suggested that there is a “major problem” with the approach, in that it could be that events could be uneconomical if there are social distancing rules put in place. That is, the event could be held, but if there is a smaller percentage of people in attendance, then that might result in a loss. Certainly, there are some fixed costs associated with holding an event (e.g., the stage is the stage, regardless of how many people are there, so it will cost what it otherwise might cost—unless, of course, the owner of the stage has had it sitting in a warehouse for the past many months and is willing to rent it for a reduced price), and presumably if the original plan is to have X attendees and suddenly only X minus Y can be there, then that’s a problem.

The Association of Independent Festivals is quoted by the BBC with the same sort of argument as the Musicians Union, noting that the insurance scheme (that is the actual word that is used Over There) doesn’t cover the consequences of what mandated social distancing could mean in terms of attendance.

Michael Kill, the CEO of something called the Night Time Industries Association, a name that has some connotations that go beyond music festivals, said, “I am extremely pleased the government has decided to introduce an insurance scheme for the events and festival sector, it stands testament to a government that is starting to acknowledge the varying issues within the sector and through engagement, take the appropriate action to protect businesses and jobs.” But—and there is always a But—there is a kicker, as Kill also said, “It is devastating that the timings of this scheme could not have been earlier, as we have already lost many amazing festivals and events to the uncertainty that this pandemic represents.”

And it is the uncertainty that is affecting the actions of governments across the globe when it comes to plans, programs and schemes. Who can time something that is, on the one hand, seemingly deterministic (look at a graph of infections) and on the other, random?

It is striking, however, that there seems to be a sense that “We’ve endured enough, so let’s just get back to how things were done.” This is occurring on the individual level, as well as on the business level—in some cases. Jobs have been lost. Businesses have been shuttered. Venues are teetering on the brink. The economics of the live music industry are horrifying. And yet there are the numbers in the second paragraph, above.

What if you were a musician and a promoter said that they’d set up a concert for you in Carnegie Hall or the Ryman Auditorium. There would be a full house, guaranteed. It has been a while since you’ve been on stage. This would be an opportunity to get back to how it was.

That’s what we’re talking about here.

Do you do that to your fans?

According to recent polling by Morning Consult/POLITICO, when asked how often they’d wear a mask in public indoor settings (Carnegie Hall, Ryman Auditorium, that conference I was at), 11% of all U.S. adults responded “rarely” and another 13% said “never.”

It gets worse when it goes from “all adults” to “adults who aren’t fully vaccinated.” In that case, 15% said they’d wear a mask “rarely” and a breathtaking 22% responded “never.”

So let’s say you’re planning on attending a concert soon. As the second paragraph indicates, the pandemic isn’t over. As of right now, 50.5% of the U.S. population is fully vaccinated. Which means that 49.5% aren’t. So going back to the “rarely” or “never” mask-wearing unvaccinated, a combined 37% means that there are good odds that someone at said concert isn’t going to be “fully” vaccinated—and realize that arguably someone who hasn’t had a single dose of the vaccine would fit into that category.

If you are planning on attending a concert and you happen to be in a Red state, then things are even more problematic, as 19% of Republicans surveyed said they’d “rarely” wear a mask and 23% said “never,” for a total 42%. Throw in the 20% of Republicans who answered “sometimes,” then it is well over half.

Now, you might be thinking, “I’m vaccinated, so (1) I won’t be infected at the concert, and (2) masks are a pain in the ass, especially when I am at a concert and want to get my drink on.”

But according to the Centers for Disease Control, “Vaccine breakthrough cases are expected.”

That’s right: shots notwithstanding, there still can be infections. The CDC also notes, “variants will cause some vaccine breakthrough cases.” The number of cases are small. But not non-existent. There are also people who are at risk, people you might know, such as those who are immunosuppressed.

In a blog post by Dr. Larry Corey, professor of Medicine at the University of Washington, on the Johns Hopkins Coronavirus Resource Center site, he writes an estimated “6.2 percent of adults ages 18-64 in the U.S. are living with weakened immune function, along with about 2.6 percent of children,” that “the prevalence of immunosuppression appears to be on the rise, as many people are living longer with cancer, HIV, organ transplants, or with chronic therapy that make people more vulnerable to infections,” and that “These people live in communities all around the U.S. They are your neighbors, your sister’s friend, the person next to you in line at the grocery store.”

They are people who might want to attend that concert.

There are some 15 million of these people who, Corey writes, “need some extra help from all of us to stay safe.” Tell that to the 42% of Republicans who aren’t particularly keen on wearing masks.

However, the CDC also says, “People who have been fully vaccinated can resume activities that they did prior to the pandemic.”

So you can go to that concert.

Do you? Statistically you’ll be fine. Assuming you’re not one of the 6.2%.

But no one told the serial killer about your status.