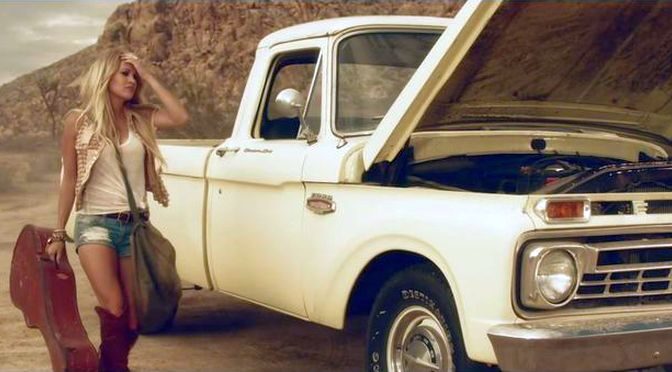 As there has been a decided tendency on my part to write these things with numbers—many of which have something to do with an alphanumeric that ends with “19,” which I promise not to go into today—here are some numbers that, unless you are into the pickup version of trainspotting (the actual British pastime, not the Irvine Welsh book or the Danny Boyle film), you’re probably unaware of.

In 2020 Ford sold 787,422 F-Series trucks. That means that every single person in Seattle could have gotten an F-Series truck last year. The F-Series has been the best-selling pickup for 44 years. That goes back to 1976. The top three songs Billboard Top 100 singles list for that year are (1) “Silly Love Songs” by Wings, (2) “Don’t Go Breaking My Heart” by Elton John and Kiki Dee, (3) “Disco Lady” by Jonnie Taylor. Yes, a long time ago.

Ford hired the Boston Consulting Group late last year to run some numbers on the importance of the F-Series to the U.S. economy. And it turns out that the F-Series supports about 500,000 jobs in the U.S. (this doesn’t mean there are 500,000 people building pickup trucks but that if you take direct employees and dealer employees, there is a multiplier effect leading to that figure). And another multiplier figure: the F-Series contributes about $49-billion to the U.S. Gross Domestic Product.

All of that may seem rather nebulous (unless “Silly Love Songs” is now stuck in your head and you’ve pretty much glazed over the preceding paragraph).

So here’s something that makes it more tangible, perhaps.

And in the context of companies with which we’re all familiar, the F-Series has more revenue than McDonald’s, Nike, Coca-Cola and Starbucks.

A final thing about Ford and pickup trucks: Henry Ford is credited with inventing the pickup, with the first model rolling off the assembly line in 1925. (Among the popular songs in 1925 were “Ah-Ha!” by Ted Lewis and His Jazz Band, “Let’s All Go to Mary’s House” by Savoy Orpheans and “Yes Sir, That’s My Baby” by Ace Brigode & His Fourteen Virginians.)

Yes, there actually is something to do with music in all of this.

It’s the phenomenal popularity of trucks in country music.

For a reason that is absolutely mysterious, a British vehicle insurance site, money.co.uk, worked with a U.S. data scientist, John Miller, to analyze country music and trucks. There were more than 16,000 songs analyzed from the past 50 years.

From that base it was determined that 4.16% of all country music has a reference to trucks. The decade of the 2010s had a full 8%.

Getting more granular, it was determined that the song that has the most truck references in its lyrics is “The Truck Got Stuck” by Corb Lund, with 6.56% of the lyrics dealing with, presumably, that stuck truck. That is followed by “Chicken Truck” by John Anderson (5.26%), “Truck Driving Man” by George Hamilton IV (3.86%), “If My Truck Could Talk” by Jason Aldean (3.86%), and “Truck Drivin’ Man” by Buck Owens (3.7%).

The only woman to be in the top 20 of having truck references in songs is Miranda Lambert, with 17% of her songs mentioning trucks. Lambert’s “Automatic,” which features a truck, has been streamed on Spotify 41-millioin times. That put her at the number five position in the top 5 truck-related Spotify streams.

Number one, with a commanding lead, is “Before He Cheats” by Carrie Underwood, which is at 208-million. It is followed by “Boys ‘Round Here” by Blake Sheldon (119 million), “John Cougar, John Deere, John 3:16” by Keith Urban (96 million), and “Chattahoochee” by Alan Jackson (72 million).

Back in the 1950s and 1960s, the truck references in songs were to either Dodges or Fords.

But in the 1970s Chevy trucks became the increasingly dominant brand, pulling well ahead of Ford. According to the stats, from the 1950s to the 2020s Ford trucks have been mentioned a combined 2.45% in songs, while Chevy has a cumulative 5.05%.