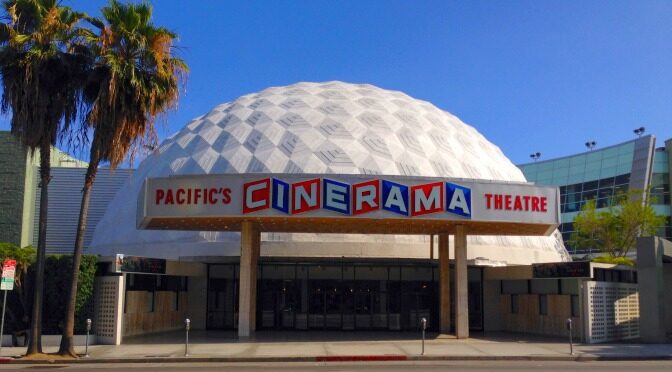 With the exception of both (one always; one frequently) being staged in theaters, the movies and concerts have only slight crossover. Of course, one thing to be kept in mind that both are keenly entrenched in economics, as in “the film industry” and “the music business.” Pull at our emotions though the good ones do, it is still about making a return.

And there is undoubtedly going to be a return to something akin to what had been the case, though in the case of the film industry things may be somewhat different than will be the case vis-à-vis concerts.

After World War II, when life underwent a profound change, with people moving to new places that are now the familiar suburbs, a device that had been around since the late 30s but expensive and not particularly useful came onto its own: the television set. By 1948 there were multiple network broadcasts. Because the movie theaters tended to be in city downtowns and not in the suburbs, there was a decrease in the number of people who went to the movies. They could simply stay home and watch TV.

While television didn’t kill the film industry, as some had feared, there was at least a change in the nature of the execution of movies. There were new approaches to how movies were filmed and shown—as in things like Cinerama—and there were early “blockbusters,” like the Cecil B. DeMille movies that were “epic” in scope.

As time went on there was something of an entente between the two mediums.

In terms of technology, there were repeated efforts to make the movie “experience” more worth going to a building with screens, such as 3D and IMAX. But at the same time there was a huge growth in the number of consumers who were buying increasingly large and capable screens and sound systems that allow them to have something of a wide-screen filmic experience without having to pay $10 for popcorn. Channels like HBO and Showtime brought nearly new releases into homes.

Hollywood struck back with things like the Marvel-based films that are like those of DeMille: Seeing them on something that is measured in feet rather than inches is an experience onto itself.

But then there was COVID and suddenly Hollywood discovered that their outlets were shut down. People were sheltering at home with their massive TV screens. What could they do with their “product”? Disney+ had Hamilton in the can, so it came up with a plan to offer it exclusively on its channel, which led to a huge boost in subscriptions to the service. Then with Mulan it tried to do one better by adding an additional fee to watch it, a Disney+ subscription acting only as a means to get to the ticket window. Somehow they had to get as much ROI as the new prevailing conditions allowed.

It has a long been the case that film companies would strike a deal with movie theater chains such that a given film would have a run of, say, 90 days before it could go to another media, such as a disc or subscription service. During the pandemic, when theaters were closed, those companies realized that they had to do something with the work that was already completed, so even with “big” films like Godzilla vs. Kong, the availability on a home screen preceded that of a movie theater.

According to a survey conducted by Whip Media in which people were asked about where they would prefer to see movies this summer—and remember, summer time is when the “blockbusters” are traditionally shown—the percentages of those who plan to watch at home is probably causing a run on Maalox in Los Angeles.

For example, 64% said they’d prefer to watch Cruella at home. You know that Disney was hoping this 101 Dalmatians prequel would have kids drag their parents to the nearest cineplex, but that doesn’t seem to be what will happen. In the Heights, the movie based on the musical by Quiara Alegria Hudes and Lin-Manuel Miranda—is also a home-preferred experience: 56%. Even Miranda’s magic seems to have its limits.

However, that massive Marvel approach still has resonance, with 68% preferring to see Black Widow in theaters and 64% Shang-Chi and the Legend of the Ten Rings.

So the question is whether things will be different for live music. While it might seem that there is a vast difference between watching a movie in either a theater or home screen and watching a live concert on a stage, realize that millions of people watch live sporting events on home screens nearly every day. There are probably as many, if not more, people watching a televised baseball game any given day than are in the stands. Somehow that has become an accepted norm.

Could the same happen for concerts?

Live for Live Music started tracking concert cancellations in March 2020. As they note of their initial endeavor, “As the situation worsened over the course of the ensuing days, it became clear that documenting every canceled/postponed show was a fool’s errand. We quickly pivoted to building a list of concerts that were still not canceled. That list, too, rapidly proved to be pointless. To borrow a concept from the sports world, there’s no need for a box score if the whole game is rained out.”

On May 12 the site was able to report: “For the first time in longer than we can remember, today’s update doesn’t feature a single cancellation or postponement.”

The music industry is back, right?

Who doesn’t want to get out there and get close and personal with thousands of strangers?

Is the idea of going to a concert more appealing than the attendance at a concert?

Have 14 months of a changed social behavior resulted in a heightened awareness of the possibility of being infected, especially in places where people are screaming, shouting, whistling and sweating in close proximity? Does that matter?

It sure as hell does to the music business, and to the people whose livelihoods are predicated on things like live concerts, be they the performers of the people who sell the swag outside the venue.
I wonder if the attendance at live music events is now going to become analogous to something entirely different: the sale of things like brand-new Corvettes or Challengers. While the sale of anything has a bell-shaped curve, the shape of the curve for those vehicles is like an inverted icicle: A sharp rise, peak, and decline. The excitement at the start is enormous, particularly among those who are enthusiasts (a.k.a, fans). But once that initial need has been met. . . .

As we move forward, the question is whether the second or third concert is going to have the appeal—and the attendance—of the first.

TV didn’t kill the movies. COVID won’t kill concerts. But in both cases there is, or will be, adaptation and change. The form of that has yet to be determined in the live music space.