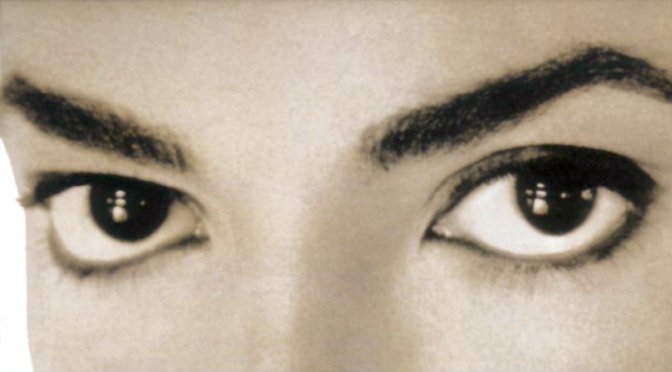 While the numbers are not laser etched in diamond*, Michael Jackson has sold some 258.9-million albums. This puts him behind the Beatles (289.5 million) but ahead of his first, former father-in-law (well, he would have been had he not been dead for 17 years): 230.6 million. All of these are/were (how do you count when the Beatles no longer exist, nor do either of the two Kings?) pikers compared to Rihanna, who has sold an estimated 334.7 million albums and the 34-year-old billionaire has, presumably, a long career ahead of her.

Given these numbers it is safer than houses to claim that there have been a lot of people who have listened to Michael Jackson, either then or right now.

When you listen to someone, you become very familiar with the way they sing. There are always those little touches.

The first posthumous Michael Jackson album to be released—in 2010, and he died in 2009—is Michael. It made it to Platinum, which means sales of a million.

“Breaking News,” “Monster” and “Keep Your Head Up” were removed from streaming services including Spotify and Apple Music last week by Sony Music and Jackson’s estate because there is a continuing controversy regarding whether the vocals on those songs, which were allegedly recorded in the basement studio of Eddie Cascio.

The controversy goes back to 2010, when Jackson’s mother and sister La Toya both publicly said that some of the songs on the album weren’t sung by Michael. The number of family members calling BS expanded, including brother Randy and a set of nephews.

Here we are nearly 12 years after the album was released (it came out in December 2010) and there continues to be a question of whether the voice that has been heard billions of times is actually Jackson’s.

Which leads me to wonder: Does it matter? Not just in this particular instance, but overall.

What is it to like the music of a group or an individual performer?

There are cover performers who make their living at being as note-worthy as the artists they are covering, whether vocally or instrumentally. There are estimated to be over 500 Beatle cover (a.k.a., “tribute”) bands.

Let’s say that one of those bands records an entire album of Beatles-sounding music and it get released. There is no claim that it is a “lost Beatles album.” As streaming has eclipsed the purchase of physical, recorded artifacts (a.k.a., polymer discs), there is really no need for packaging or copyright registration that might lead to an identification that there was no participation of Lennon, McCartney, Harrison and Starr. (We are assuming here that the performers in question aren’t interested in gaining any income from the recording.)

But each of the songs sounds as though it was performed by the aforementioned four.

The Beatles put out Sgt. Pepper’s Lonely Hearts Club Band in May 1967 and The Beatles (“The White Album”) in November 1968. A gap of about a year-and-a-half. Prior to that, the band consistently put out albums with a spacing of approximately nine months. So maybe, if the Cleridae (“commonly known as ‘checkered beetles’”), put out those songs in a style that would fit somewhere between those two recordings, it could be thought by some to be “missing” album, perhaps a compilation of cuts that were decided not to have been, then, worth releasing.

For Beatles’ fans, it could be analogous to a lost Shakespeare sonnet. For others, it would simply be something that is presumably by the Beatles.

So what is the status of that recording in the world?

What is the status of that recording to individuals?

But how do you know? Short of some sort of forensic audio analysis, don’t we all take it on faith?

This is not even going to the extreme of aural deep fakes generated by some neural net but merely a bunch of guys in someone’s basement.

I wonder: Do Jackson fans now dislike “Breaking News,” “Monster” and “Keep Your Head Up” because of the music that they hear or because they have been duped?

*At least 10 million units have to be sold to qualify for RIAA Diamond status. Makes reaching Diamond on Delta seem like a walk in the jetway.

Audio: The Masked Marauders – “I Can’t Get No Nookie”

I Can't Get No Nookie