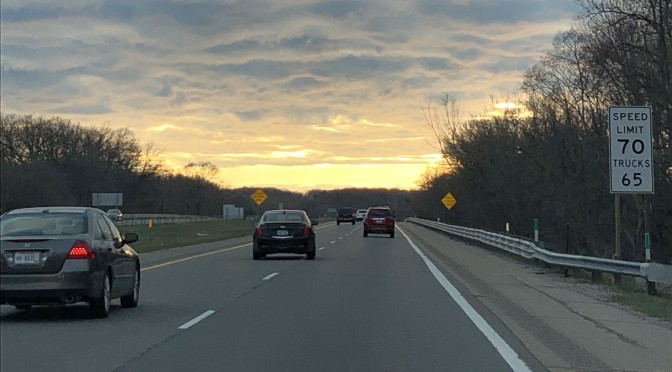 Funny thing about the economy. To use a hackneyed reference, it is like the weather, as in everyone talks about it, but what is somewhat different is that it is not the case that they don’t do anything about it. (Which leads to a thought: if somewhat talks about the weather, just what is it that they’re supposed to do about it?) People piss and moan about high prices, so what do they do? Spend more. And I don’t just mean spend more from the standpoint that the prices are increased and consequently they need to spend more, but from the POV that they buy more stuff because they have more money.

Who would have thought this is the case?

Gasoline prices are one of the things that there is much consternation about. While some note that adjusted for inflation gas was more expensive back in the summer of 2008, we drive in the present, not the past, so that is sort of a specious point.

But as you may recall from Econ 101 there is a little thing called “supply and demand” and despite the fact that oil companies across the board have exhibited themselves to be shitheels as they rack up profits, there is this:

But let’s face it, people want to get out in the world. Somewhat.

Three paragraphs or so ago you began to wonder what it is that you are reading.

But there’s this from a recent story in Pollstar that carries the headline:

The piece by Bob Allen opens:

“During the first half of 2022, one thing was abundantly clear about music fans in North America and throughout much of the world: they couldn’t wait to see live music again. Part of the return to normalcy, for many, was the opportunity again to buy a ticket and see a favorite artist at an in-person live event. And many were willing to pay a healthy price for it.”

“Ultimately, box-office results at concerts in 2022 show upward movement among major artists with tours at the arena and stadium level following the most disastrous period in the history of the industry – this following a decade-long period of double-digit growth in concert touring around the globe that peaked in 2019.”

It seems that the concert industry isn’t crawling out of the rubble but bursting out—that 24.4% increase in gross sales is far about the 8.6% increase in consumer prices year-over-year as of May 2022 according to the Bureau of Labor Statistics—and the single biggest contributor to that number is Energy, which was up 34.6%. Yes, more miles driven. (Food was the second-highest, at 10.1%.)

Still, it isn’t what it might be because pent-up demand notwithstanding, COVID, which is the primary factor causing current problems (though admittedly the Russian war against Ukraine isn’t helping energy costs), isn’t gone, and it weighs heavily on the planning of people.

The Morning Consult Consumer Comfort Tracker shows that as of June 26 (finally: not May!) 55% of Americans are comfortable going to a concert. While being above 50% is a good thing, of the five entertainment categories tracked (sporting event, concert, theater performance, movies, amusement park), concert going is in the fifth position.

(Here’s something to think about: You’ve undoubtedly seen, heard about or possibly participated in the demi-chaos that is occurring in airports across the U.S. In the travel category, the same percentage of people say they are comfortable flying domestically as they are going to a concert. One wonders how concert venues will cope with cancellations: in June the Rolling Stones, Ringo Starr and the Doobie Brothers all canceled shows. . .which brings up another subject that is worth keeping in the back of one’s mind—or possibly in front: What do the Stones, Starr and the Doobies all have in common? Long-time AARP membership qualification age. According to the Centers for Disease Control, from 2020 to 2022 there were 43,135 deaths from COVID for the age cohort 40-49, and it jumped to 187,818 for the 50-64 group and went up from there for the older categories. Jagger is 78, Ringo 81 and Tom Johnston 73. Not good age demographics for COVID.)

Yes, things in general and concert ticket prices in specific are, and undoubtedly will continue to be, expensive.

This is absolutely like the weather. It is what it is and there’s really not a damn thing you can do about it except for adjust to the prevailing conditions.