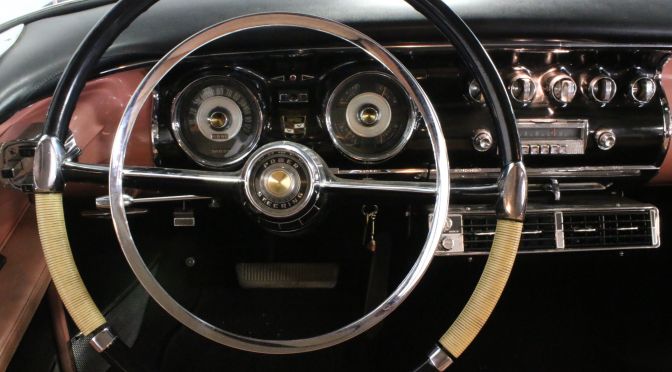 When you’re in an anechoic chamber—a room full of pyramid-shaped, foot-long absorbers located on the walls, ceiling and floor (there is typically a large screen providing the footing) that keep sound waves from bouncing around—the silence isn’t, as they say, deafening, but it causes a sensation that makes it seem as though the atmosphere is somehow thicker in there. The sound goes away. You move through the space (I’ve had the opportunity to be in chambers capable of accommodating cars and instrumentation, so these chambers are sometimes like large rooms that you could even dance in) and because the nearly silent audible cues that you don’t even pay any attention to in normal activities—sounds like the fabric of your clothes brushing as you walk—are absent, it is a bit eerie. Or a lot eerie. You can hear your blood pumping, though the sound has more consistency than a rhythmic beat. It is not a place you want to be in for too long.

It makes you appreciate, well, sound.

John Cage’s 4’33” (In Proportional Notation) was first performed by pianist David Tudor on August 29,1952 in Woodstock, New York. There are three movements to the composition. The movements, unlike those in other musical works, consisted of Tudor opening and closing the lid of the keyboard to mark each section.

Cage recalled, according to the Museum of Modern Art, “You could hear the wind stirring outside during the first movement. During the second, raindrops began pattering the roof, and during the third people themselves made all kinds of interesting sounds as they talked or walked out.”

Of course, when you go to what you think will be a musical performance and it turns out that it is all performance—and a nearly imperceptible one at that—and no music, you can certainly imagine how quickly there would be a level of frustration and annoyance that would lead to various sounds, including a stream of sotto voce invective.

(One might argue that the audience for an evening orchestrated by John Cage would have been self-selecting such that they would have expectations of something unconventional, there is certainly the likely hood that if Sally is looking forward to it and John comes along to be a good sport, said sportiness could probably dissolve somewhere around the 1’30” mark.)

We like to listen to things that are orchestrated, not entirely random rustling and muttered deprecations.

On October 18, 1954, the first commercially available transistor radio was launched, the Regency TRI. The following year Tokyo Tsushin Kogyo got into the business with the TR-55. Because the name of the company was discerned to be (1) difficult for Americans to say and (2) wordy, the company developed a new brand name: Sony.

Also in 1955 the first all-transistor radio for cars was launched, the Chrysler Mopar 914HR.

In 1955 Chuck Berry’s “Maybellene” was released.

Plenty of people listened to those songs and plenty of others—after all, this was the birth of rock and roll—on shitty little speakers on their Regency TR-1 or Sony TR-55, or possibly in Dad’s Chrysler Imperial (it was a pricy option, so not something everyone would immediately opt for).

Music has never been the same, since.

While reading Sound Pictures: The Life of Beatles Producer George Martin by Kenneth Womack, I learned that for the Rubber Soul (1965) and albums beyond that were released, the music as heard was not music that could be heard were one to be sitting in the studio with the musicians. This is not just the expected different takes or Paul playing his part on Tuesday and John his the following week, but the various manipulations, both physical (e.g., using a speaker as a microphone) and analogue (making adjustments with the soundboard).

One might say that from 1965 what we hear when we listen to much recorded music it is something that is entirely different than what could be heard were it not for extensive manipulation. Yes, that may be Paul singing, but if his voice is being slowed down, then that is something that is happening in a realm that is not the one we hear in real time.

“The fallout of the MoFi revelation has thrown the audiophile community into something of an existential crisis. The quality of digitized music has long been criticized because of how much data was striped out of files so MP3s could fit on mobile devices. But these days, with the right equipment, digital recordings can be so good they can fool even the best ears. Many of MoFi’s now-exposed records were on Fremer and Esposito’s won lists of the best sounding analog albums.”—Geoff Edgers, The Washington Post, August 5, 2022

He visited MoFi  HQ in Sebastopol, California, and recorded interviews where he learned from MoFi engineers that, as he suspected, digital files were used in the production of the records.

Michael Fremer, described by Edgers as “the dean of audiophile writing,” had been at odds with Esposito.

Yet it turns out that both missed the use by MoFi of its “Direct Stream Digital” technology on a number of albums released on 180-gram vinyl (“SuperVinyl,” described as “a new proprietary compound developed. . . to address two specific areas of improvement: noise floor reduction and enhanced groove definition”). Most of the two-LP boxed sets (though some, like the forthcoming Thriller, are one disc) on the MoFi site are available for $125, with the balance retailing at $100 or $99.99 (a penny—really?).

Clearly this is a marketing debacle of the first order for MoFi.

But it made me wonder: Do we overestimate how much and how well we can really hear?