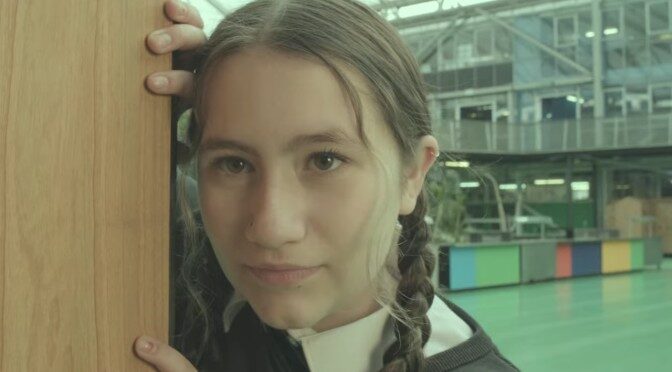 Video: Belle and Sebastian – “Talk to Me, Talk to Me”

Belle and Sebastian - "Talk to Me, Talk to Me" (Official Music Video)

Directed by Freya and Rosalie Salkeld. From A Bit of Previous, out now on Matador.

This is pretty great. When Belle and Sebastian ran out of time to make their own video they invited folks to pitch them ideas. A pair of 15-year-old south London siblings got the deal.

Stuart Murdoch says, “We put out an open call to filmmakers who would be interested in making something for the existing budget, requesting an image encapsulating their idea and a 100-word pitch. The directors’ mother got in touch saying her daughters are fans of the group and keen filmmakers, and they sent in a treatment that we loved. They co-wrote and co-directed it, and got a bunch of their friends involved, and made a fresh and funny take on the song.”

I’ve got a new perspective
The glass in my hand, it ain’t exactly full
The place at my table is an empty stool
Talk to me, talk to me.

Directors Freya and Rosalie say, “When we found out we were going to make Belle and Sebastian’s new music video we were beyond excited. Our idea had come from photos we’d taken of our friends for art projects. Casting mates we’d recently seen in a school drama production was really fun – filming them was even better! The process as a whole was an amazing challenge and we’re so grateful for the opportunity!”

How cool is that?