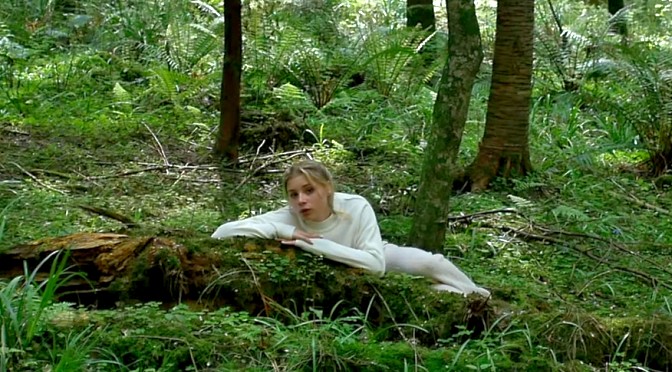 This is actually the third single from Shearwater’s upcoming album but it’s the first one that got our attention. After releasing albums throughout the last couple of decades on bigtime indie labels Misra, Matador, and Sub Pop, the band is going their own way this time on their own label Polyborus…with Secretly handling the distribution and Sub Pop administering the publishing. Not sure who’s doing their publicity, ha ha.

“Laguna Seca” is spooky with Bone Machine instrumentation and a creepy video directed by Emily Cross.

The first time I saw you
We barely connect
We sleep on the subject
Slip on the mask
Of ugliness.

Although The Great Awakening will be Shearwater’s first album since 2016’s Jet Plane and Oxbow, it’s not like Jonathan Meiburg has been sitting around, doing nothing. He’s released two albums with Loma on Sub Pop since then, and published a 384-page work of nonfiction titled A Most Remarkable Creature: The Hidden Life and Epic Journey of the World’s Smartest Birds of Prey (Knopf Vintage, 2021). If you ever wanted to know anything about striated caracaras, check it out.