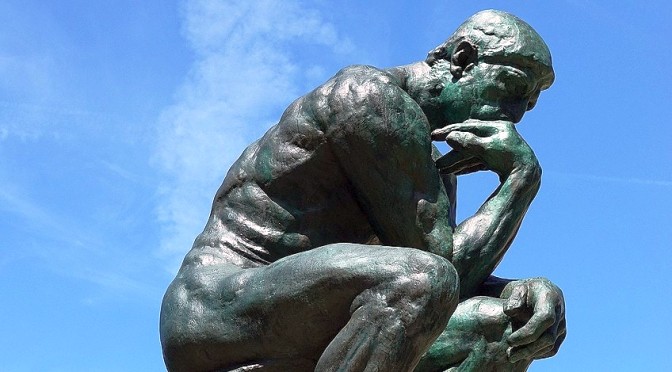 The Recording Academy—which, if you think about it, is a rather unusual name for the organization in that Merriam-Webster has it that academy, when used in a capitalized manner as it is here, is “(a) the school for advanced education founded by Plato; (b) the philosophical doctrines associated with Plato’s Academy,” and near as I can tell, there is not a whole lot of philosophizing going on during the annual GRAMMY Awards®; the third definition has it as “a society of learned persons organized to advance art, science, or literature” and the fourth “a body of established opinion widely accepted as authoritative in a particular field,” so while it is clear that there’s nothing Platonic about it, we have to wonder whether the Recording Academy Voting Members are “a society of learned persons” or if they somehow are the keepers of “opinion widely accepted as authoritative,” which doesn’t seem to be the case due to controversies associated with some awardees each and every year—has come out with a set of rules and guidelines for the 65th GRAMMY Awards.

The first round of voting for the awards, which will be presented on February 5, 2023, opens on October 13 and closes 10 days later. Nominations are announced three weeks later (November 15), then a month after that the final round of voting begins. What are the voters during that month doing? Wouldn’t one assume that they’ve already heard the music of the nominees? After all, they have voted to put those musicians in that category of finalists. But there is one thing that is somewhat curious vis-à-vis the presumed learned or authoritative Academy: two weeks after the nominees have been announced is the “Deadline for errors and omissions to the nominations.” So does this mean that somehow there has been a GRAMMY-level individual or group that has somehow slipped by the voting members of the Academy? If that’s the case, what has been going on since October 13?

The final round of voting begins on December 14, which means, that there is roughly two weeks for those who were overlooked (overheard?) to have been put on the ballot so they can be considered. The voting ends January 4, 2023.

One of the criticisms of the awards is that of relevance. So the organizers have come up with some new categories or names for previously existing categories. There is now “Alternative Music Performance” and “Score Soundtrack for Video Games and Other Interactive Media.” They recognized that for the 64th award there was “No performance Category to acknowledge the popularity of Americana music” so for the 65th there is the new category, “Americana Performance.”

Note the word popularity there. A question of whether the GRAMMY Awards are presented to the best or the most popular seems to be answered with the use of that term by the learned individuals.

One of the more interesting rules defines what an album is. It explains, in part, that it must be a release that has at least five different songs and a playing time of not less than 15 minutes or one that has “any number of tracks” if it runs at least 30 minutes. Presumably this means that there could be a single piece of music with a playing time of 30 minutes that qualifies but if it is 15 minutes long, it doesn’t, unless it is segmented into three-minute tracks. This seems to be getting close to the Platonic Theory of Forms in some regards.

Speaking of theories, what is arguably the Americana of literary criticism field, New Criticism, isn’t something that the Recording Academy has any truck with. There are genre screening committees that make the decisions about which recordings go into which category, and there are several categories (Alternative Music • American Roots • Blues • Children’s Music • Classical • Contemporary Instrumental • Country • Dance/Electronic Music • Global Music • Gospel/CCM • Jazz • Latin • Musical Theater • Music For Visual Media • New Age/Ambient/Chant • Pop • Rap/R&B • Reggae • Regional Roots • Rock • Traditional Pop). (For those keeping track, know that Aristotle, not Plato, had devised the system of categories.)

According to the new rules, a Screening Committee, when deciding what goes where, “is expected to consider the artist’s intent.” What’s more, the artist’s intent “should be considered as the deciding factor in the appropriate Category placement.” Somewhere T.S. Eliot, Robert Penn Warren, John Crowe Ransom and William Empson are weeping.

If an artist has the intent to create music that is not in a particularly popular genre for a given year, she may be out of luck. It turns out that to qualify for a Category, there needs to be at least 40 entries. If a Category has fewer than 25 entries for a given year, then no award. If a Category has fewer than 25 entries for three years running, then that Category is discontinued. However, those who have entered music into the Category that is on the outs “will be entered in the next most appropriate Category”—which seems to fly in the face of the artist’s intent.

Clearly, someone who is interested in winning an award probably wants to get a statuette. If that person is in a group of nine or fewer, then everyone gets the little gold gramophone. If there is a group of 10 or more, only one statuette because it is deemed that “individual group members are not GRAMMY winners, only the group itself is the winner.” However, if in a group of 10 to 20, there are a special certificate and a pin given to each member. If there are more than 20, then nada. Only the group leader is designated as the nominee.

And finally, let’s bring Descartes into the auditorium. According to the Academy, the assessment of what constitutes “Best New Artist” is predicated on whether that artist’s releases “achieved a breakthrough into the public consciousness and notably impacted the musical landscape.”

After all how do we know about public consciousness when, as Descartes noted, he could only know that he existed because of his individual ability to think? Public consciousness is a nebulous thing—unless, of course, what is really meant is the degree of popularity. Could some new musician come out and put out material that is universally despised and having a consequent effect on the musical landscape and win? I’d go with the popularity route. But I can’t be sure.

But know this: the 65th GRAMMY Awards will be held at the Crypto.com Arena and be broadcast on CBS.