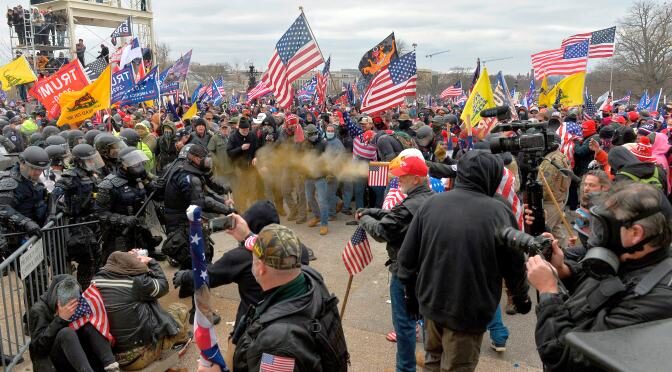 Looking back I guess it was naive to think 2021 would be better. In reality, January 6 set the tone for the year. The kooks are mad and they’re going to fuck it up for the rest of us. Whether it’s democracy, public health, education, the environment, or basic civil rights, there’s a deplorable 15% of this country that throws a hissy fit whenever the reasonable majority doesn’t bow to their fragile feelings. And there’s an even larger number of people who are willing to either just ignore the lunatics or give them exactly whatever bullshit they’re demanding. Like eliminating mask requirements in schools and overturning Roe v. Wade.

So here we are. Is it me, or do things just keep getting worse and worse, year after year after year? Is there any good reason to think that 2022 will be any better in any way than 2021?

Once again, I got so bummed out that I often couldn’t bring myself up to the task of finding good new music to share with you all. And once again, every week without fail, Stephen Macaulay filed a new post every Saturday, keeping the site alive, and inspiring us all to keep on keeping on.

The thing other than doomscrolling that kept me from seeking out new music was spending an inordinate amount of time researching and compiling my ridiculous playlist of 94 years of rock and roll, wherein I selected one song per year going all the way back to 1927. That was a fun project but exhausting. (If you only listen to one song from it, at least check out Bessie Smith’s “I’m Wild About That Thing” from 1929. It’s awesome, hilarious, and dirrrrrty.)

Like every year, a lot of great music came out in 2021. An Overview on Phenomenal Nature by Cassandra Jenkins blew me away, and I listened to it non-stop on a loop in February. I loved the new Lucy Dacus, Lorde, and Liz Phair albums. And there were dozens of great singles, perhaps nothing quite as unexpected as Taylor Swift’s 10-minute version of “All Too Well.” I had never even heard the original version! But wow.

I enjoyed Todd Haynes’ visually stunning Velvet Underground documentary, although it gave short shrift to the Doug Yule era, which I made up for by digging back into The Complete Matrix Tapes and the deluxe editions of the self-titled album and Loaded.

And of course we Beatlemaniacs got the best Thanksgiving treat we could’ve ever hoped for with Peter Jackson’s 8-hour edit of the Get Back footage. I’ve been studying the Beatles since I was 15 — I’ve read countless books and watched countless documentaries — but this was the first time I’ve felt like I really understood them as human beings.

Another bit of overdoing it came in the form of Andrew Sandoval’s enormous, 740-page The Monkees: The Day-By-Day Story. I’m so happy I ordered this because it’s sold out now. But it’s bittersweet because it makes me regret not venturing out to catch Micky and Mike on their farewell tour. They played Detroit in November and then Nesmith died a month later. I had a few opportunities to see Nez in concert over the years and sadly I blew them all.

I only managed to get out to two concerts in 2021: my homies Mustard Plug at the Pyramid Scheme in August and then four days of Riot Fest in Chicago in September. Being in a small club like the Pyramid Scheme with a bunch of sweaty young people jumping around and screaming along to the songs was probably the riskiest thing I did all year. Sure, I was vaccinated — we all were, the band and venue required proof — but yikes we were all breathing the same dank air, and while some of us put our masks back on when we weren’t drinking, we were drinking most of the time we were there. Of course, back in August things weren’t nearly as bad as they’d get. Riot Fest, being 100% outdoors and requiring vax or negative tests, felt pretty safe.

So I managed to get through 2021 without getting covid. So that’s good.

And we did manage to share over 100 new songs in 2021. Six hours of music. That’s not a ton, but it’s not nothing. It’s something. Something good. And there’s always good new stuff coming out. Which gives you something to look forward to. It might even contribute to making 2022 better than 2021… But let’s not get carried away.

Note: Some songs may be missing from these playlists either due to human error, unavailability at the time, or being yanked by the streaming services after we added them to the playlist. Also, both Spotify and Apple only show the first 100 songs in the embedded player; click through for the whole playlist.