Posted another Bangs review in the Features section. This one is a review of Ann Arbor’s Brownsville Station and their album, A Night on the Town. It’s from the July 6, 1972 issue of Rolling Stone. Dig it.

END_OF_DOCUMENT_TOKEN_TO_BE_REPLACED

It sounds like the Hanson boys are getting hip on us now. Check out this quote from an article on rollingstone.com: “There’s more reckless abandon on this record,” says Taylor [Hanson]. “A sense that we’re not gonna over-think things. I wanna leave space for people to hear the parts, the grit of the guitar or the driving rhythms. Not to say it’s not gonna be tight and that the songs won’t be pop . . . I love writing songs with that hook, that’s what I enjoy, like every Big Star song. But I want people to feel it. I want people to instantaneously be drawn in and go, ‘I don’t know why I like it. I don’t care if it’s Hanson or Black Sabbath, it’s just good.'”

Could their next album be good? They’re working with Matthew Sweet on a song. Who knows?

Making mixes for people is a grossly underrated medium of expression. I know people who have put more thought into compiling a mix tape than they put in almost anything else they have ever done. My poor wife has gotten more mix tapes than love letters by a ratio of about 30:1. That’s not an exaggeration.

The Art of the Mix website has been around since 1997, gathering people’s mixes and allowing others to comment on them. They’ve got over 10,000 mixes up on the site right now. It’s a great idea. Our own Sab came up with a similar idea a while ago, but didn’t get too far with it. It’s still a great idea. I just uploaded my latest mix to Art of the Mix, and I plan on uploading the rest of them from now. You should too. I wish I had known about this since 1997.

And yes, there is a category for “Break Up” mixes. You can search for them by category and feel relieved that you didn’t know about this site the last time you had your heart broken. But at least you weren’t as sappy as some people, ha ha. Or maybe you were. I hope nobody ever finds the track lists for the mixes I made when I was 18…

Okay, I know this is just silly, but you might want to check out the Alanis Morissette Lyric Generator. It’s pretty funny. I’ll post my Alanis song in the comments section…

Karl has posted some more Weezer mp3s on the Weezer Fanclub Online. There are six lo-fi songs from a 1998 show Weezer played as “Goat Punishment,” a Bleach-era Nirvana cover band. If you have a fast internet connection, they’re worth downloading. “Aneurysm” rocks particularly hard if you’re too lazy to get to them all. Warning to audiophiles: the sound quality sucks.

I finally got to see HBO’s Academy Award winning documentary, King Gimp, last night. I had been wanting to see this since I nearly fell out of bed laughing when I was watching the Oscars and it won for best short documentary. If you saw it, you know what I’m talking about. When they announced the winner, Dan Keplinger, the subject of the film about his lifelong struggle with cerebral palsy, was so happy and excited he convulsed right out of his seat.

You might think I’m an asshole for laughing at this, but I’m not.

I was genuinely filled with joy. I could feel this guy’s happiness. And he’s funny. This same sense of empathy carries over in his art. He has very little control over his hands and arms but he’s got a pretty good handle on his head and neck, so he uses a “head stick” to paint (and to type as well). He says the word “gimp” also means “fighting spirit” and he’s got plenty of it.

He is so cool. He’s funny and he’s smart and he’s tough. And he rules. You’ve got to watch this documentary if you get a chance. And check out his own page.

I found the best record reviews on the web. The site is called Plugged In and its mission statement is: “Helping parents and youth leaders guide teens through the world of popular youth culture.” And boy, does it ever. There are reviews of movies and television too, but the record reviews are the best. Critic Bob Waliszewski appears to be the author of most of these critiques and this guy can really turn a phrase. Check out how he skewers Beck’s Midnite Vultures:

Beck’s bizarre, nonsensical stream of consciousness flows into some stagnant pools. On “Debra” he propositions a store clerk, saying he wants to have sex with her and her sister, concluding, “Ain’t no use in wastin’ time getting to know each other . . . ’cause you got the thing I just got to get with.” “Milk & Honey” prattles about wet dreams, Buddha and roofies. Erotic fragments also refer to a ménage à trois (“Peaches & Cream”), sadomasochistic sex (“Sexx Laws”), hookers (“Pressure Zone”), incest (“Get Real Paid”), lesbianism (“Mixed Bizness”) and twisted fantasies involving public gratification (“Hollywood Freaks”). Beck’s sexual assault begins and ends with suggestive CD cover art.

Each review is divided into three sections: Pro-Social Content, Objectionable Content and Summary/Advisory. The Pro-Social Content is often “None,” as in the case of Dr. Dre’s 2001, Rob Zombie’s Hellbilly Deluxe and Korn’s Follow the Leader. Every single critic in the world has an opinion about Radiohead’s Kid A, and here is Waliszewski’s take on its Pro-Social Content:

“Optimistic” tells fans that doing their best is good enough. Beyond that, the messages are generally neutral and obscure with lines like “I slipped on a little white lie/ We’ve got heads on sticks/ You’ve got ventriloquists” and “This one went to market/ This one just came out of the swamp/ This one dropped a payload.” Nebulous.

Nebulous! In his summary, he advises parents that “teens shouldn’t waste their time on what feels like a 50-minute soundtrack from a despairing hallucination.” Do yourself a favor and go get Plugged In.

Well, well, well. The Board is finally seeing some action. First of all, RmpIV makes a case for contemporary soul music. What do you think of modern soul? Next, Scott C buys a used jacket and is overwhelmed by the memories that came along with it. If you haven’t checked out the Board yet, do it now!

Update: The old board has been replaced by the new board. 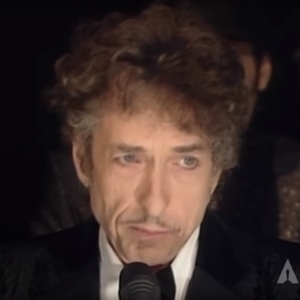 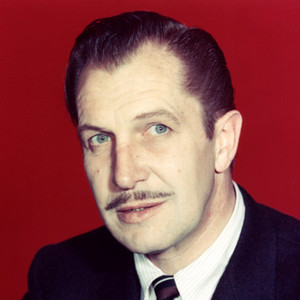