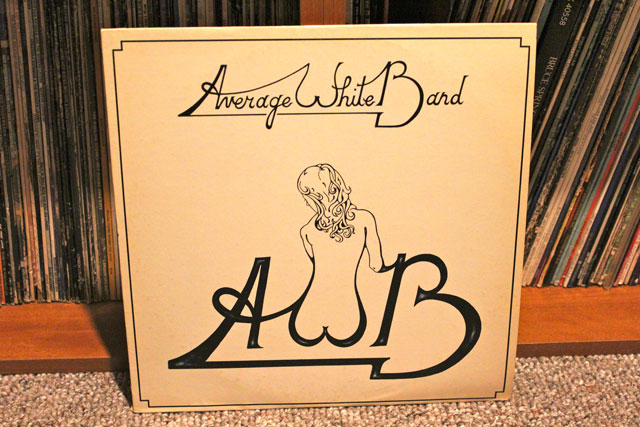 Launching a new column is somewhat daunting, as there’s usually a lot to explain. But an editor of mine once told me to just dispense with the disclaimers and jump right in. The readers will figure it out, he felt. And besides, plotting out all the thinking that went into the thing is somewhat presumptuous isn’t it? After all, you haven’t written shit yet, so laying out a bunch of crap that may or may not come to fruition is like showing people the boxes of parts you’ve ordered for the rusting hulk in the garage. Just shut up and work on the car and call me when it can run 12s already!

So here is the barest explanation of what you are about to read: I’m listening to my records. I have an embarrassment of riches in that I have come to absorb several substantial caches of vinyl from friends in the last five years. But as great as that is, it’s also left me with no idea of what I even own. So here goes, in alphabetical order.

If there was any justice in this world, the first platter I spin would be something from AC/DC. But alas, sometimes coming at the beginning of the alphabet is not a good thing, as my AC/DC records were damaged due to some bad choices in storage. The incident actually served as motivation for this project.

So instead, we start with Average White Band.

Wow, this has a real Yacht Rock sound, more so than I remember. I’m not so sure which of the vocalists, Alan Gorrie or Hamish Stuart is a better Michael McDonald, but together they do an entirely credible job of laying down smooth music. The first track, “You Got It” is absolutely a party, awesome white funk. Indeed, there’s good reason why I have this on my shelves, as I listened to this album many, many times in college, usually while drinking and doing bong hits, getting ready to take the bus to the Nectarine Ballroom for ’70s night.

“Got the Love” is a solid second track, but the real hit on the album is “Pick Up The Pieces,” the instrumental jam that comes next. I think I’ve probably heard this song enough times in my life, but maybe the fact that I’m typing on a laptop right now instead of slamming a 40 has more to do with my lack of enthusiasm. But thinking back, “Person to Person” always struck me as a far more interesting song, with what are unquestionably the most interesting lyrics on the album. “Work to Do,” which closes the first side, is another good one, and I’ve got to say, the first half of this album has me wondering why it hasn’t been on my turntable in years.

Side two starts with some nice guitar playing that leads into a slow jam, “Nothing You Can Do,” which is the first song on the album to sound dated in a bad way. I don’t know, I’m just making this up, but I imagine this song being a staple on AM radio. The next track, “Just Wanna Love You Tonight” is about as clichéd as anything on contemporary radio, and it’s causing me wonder if I’ve even listened to this second side of the album. Probably not, as the pre-partying would rarely allow for more than one side of any slab of vinyl before we’d move on to something else.

I’ll keep my thoughts on “Keepin’ It to Myself” to myself. And although at this point I’m certainly not as enthused about this album as I was after the first side, at least side two still has “I Just Can’t Give You Up” on it, which is well worth suffering through the rest. Stuart lays down a pretty wicked guitar solo on this up-tempo track and his vocals are outstanding as well. “There’s Always Someone Waiting” closes the album with a bluesy number that seems to channel ZZ Top, and it’s not so bad, though it’s a bit overdone.

Runout Groove: Average White Band is certainly worth owning, though I don’t think I’m going to be playing it straight – or straight through – very often.