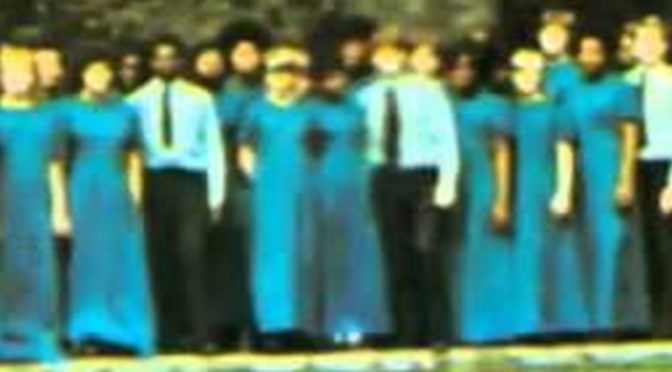 The air is thick and the static’s crackling. Coded messages and tapped lines, there is danger in the jungle. The choir voice of The Peoples weaves in between the trees, through the hanging vines and into the radio waves. They like baseball and they have lots of friends, but they wish you could be there. You’ll be thankful you weren’t.

How do you save your Soul Stripper?

Episode 4 of The Midnight Caller has come through. Turn the knobs just right and you can get the whole broadcast.

END_OF_DOCUMENT_TOKEN_TO_BE_REPLACED

The question is: Do they still have it at this age?

This was my first-ever AC/DC show. I won’t bore you with all of the personal drama that it took to get to Saturday night’s show, but let’s just say that after Brian Johnson went all old on me last fall and caused the band to cancel a bunch of Midwestern dates, I’d almost reached a point where I had psyched myself out of all the excitement of finally seeing them.

END_OF_DOCUMENT_TOKEN_TO_BE_REPLACED

Before we can even discuss a note about the new AC/DC album Black Ice, two of the band’s business decisions involving the release need to be addressed. And while it may not necessarily be strikes against the music itself, it does address the band’s character. You can only get Black Ice at one of two places: the band’s website and mega-retailer Wal-Mart.

The first comes with free shipping while the second means that you must traverse the endless asphalt parking lot just to get an album from a company that helped suffocate your community’s personality.

Angus Young defends the decision as inevitable, since Wal-Mart is “the only game in town” in some communities. True, but Black Ice would have been available at Wal-Mart anyway. The exclusive part was motivated entirely by greed, and when a band like AC/DC is blessed with the second largest selling album in rock history (Back In Black) you have to wonder just how much more money does one band need?

END_OF_DOCUMENT_TOKEN_TO_BE_REPLACED

One would assume that there aren’t too many people who model their behavior after the band members of AC/DC. OK. There are some. People who “party hard.” People who like to wear hats indoors. People who don’t mind showing off their knobby knees by endlessly wearing shorts. Rock hard. Party hearty.

But does anyone make any serious investment decisions based on the recommendations of AD/DC? While I wouldn’t have thought so, apparently some fairly high-paid people think I’m wrong, people who work at an ad agency.

Of all of the things that people buy, a house is usually the most expensive. Next comes a vehicle. Unless you are buying used or something shipped from Seoul, the auto is going to put you in the realm of payment after payment. Consequently, one would think that there would have to be a pretty good reason before one selects, say, a brand-new Chevy Monte Carlo, which has a sticker price of on the order of $23,860 (assuming you opt for the SS version).

Of course, according to the aforementioned ad agency folks, the decision is rather straightforward for those pursuing the AC/DC lyrical lifestyle. In an ad that appears in the June 21 USA Today, on the page with the comprehensive weather information (and consequently a “premium position” in ad talk), there is an ad for a Monte Carlo. There is no headline. There are three art elements: (1) What appears to be a slip of paper onto which words seem to have been typed with a manual typewriter; (2) a photographic background showing the rear end of a Monte Carlo and an out-of-focus couple, she in a short black skirt and he in dark clothes; they seem to be in the entry way of a large hotel, possibly a Vegas casino, given the abundance of overhead lighting in the arrival area; (3) the Chevy logo and the words “We’ll Be There.” The text on the slip of paper is:

Shakin’ to the rhythm ’til everybody fall

Pickin’ up my woman in my Chevrolet

The area referencing the Chevy line is highlighted in red.

So let see. . . .AC/DC fan reads USA Today, “The Nation’s Newspaper.” Is interested in checking the weather in a far-flung city (e.g., Las Vegas; the reader is in, oh, Trenton, Michigan). Spies the back of a car that reminds him of what Dale Earnhardt, Jr., drives. Hmm, he thinks. Checks out the little slip of paper. Oh, yeah! Burns rubber to his local Chevy dealer. But then wonders about where he’s gonna get that woman to rock with. Damn. $23,860. And no particular place to go.