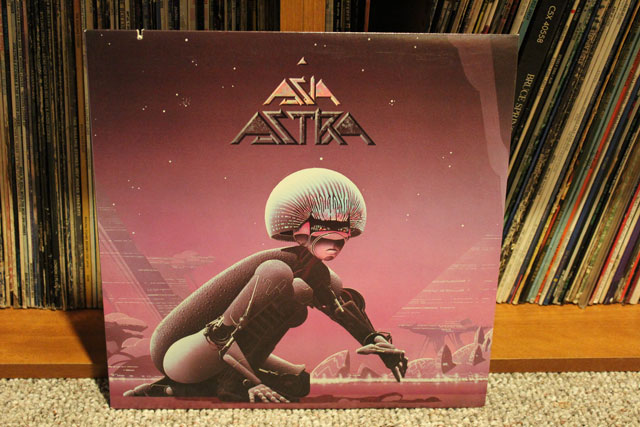 So the first thing you may notice if you read my last column post, is that regardless of what kind of writer I am, I clearly don’t have a grasp of the alphabet. Or more to the point, I’ve done a really crappy job of organizing my records. Now I could waste a bunch of time going through and making sure that my records are indeed, alphabetized. Or I could spend the time actually listening. Clearly there is only one choice here, and that’s to forge ahead and pull the lp’s off the shelf in whatever order they are in and call it good.

Thinking about the last time I did go through the arduous task of alphabetizing all these records, I seem to recall at least getting them close enough such that all the A’s are together, all the B’s follow, and so on and so forth. That will just have to suffice here. But it also brings up another point, which is that all my jazz albums (and I think blues, as well) are separated out from the rest. Which means this is going to be a very rock-centered endeavor, unless, of course, I mix the jazz in as I go along, which I think I should do.

In fact, since I’ve established that things are only going to progress along in a poor facsimile of order, I’m going to give myself free reign to toss in whatever albums I feel like to mix things up. Besides the jazz and blues, I also have a substantial stack of records that are unfiled simply because I lack the shelf space. Hopefully as I free some up by discovering crap that I have no reason to keep and then getting rid of it, I can integrate these many records that are still living in milk crates.

And that brings us to Asia’s Astra, fittingly enough. Side one kicks off with “Go,” which has an interesting chorus. Yeah right. “Get up and go” is, however, an ominous beginning, because despite my love of arena rock, it’s exactly what I want to do. This album really sounds terrible from the first note.

“Voice of America” may be a tribute to the military radio station, it may not. I really don’t care, because despite liking the chorus quite a bit, this song sounds like it’s about twice as long as it needs to be.

“Hard On Me” is, indeed, hard on me. The synths are just embarrassing. I mean, I could listen to something like Yes’ Big Generator all day long and not get tired of it, and Tony Kaye is using gear from the same era, recording in the same sorts of studios, and the sound is somewhat similar. Except that it doesn’t suck.

Which brings up the big question I am asking myself as I try and ignore this mid-tempo ballad, “Wishing,” while resisting the temptation to write another bad pun based on the name of the song. Who the hell are these guys in Asia? Now I’ve never listened to this record before, but I’ve kept it around for a few years since acquiring it, thinking that Asia was one of those bands that I’d be instantly familiar with from years of listening to classic rock radio.

But as this first side ends with the insipid “Rock and Roll Dream” (which rhymes “reality” with “never see”), I’m realizing I’ve never heard any of these awful songs before. And thank goodness.

Despite not wanting to flip the album and debating just cutting it short, side two starts with a song called “Countdown to Zero,” which is actually kind of good. It begins with something that sounds almost exactly like the THX “Deep Note,” and for the first time I am motivated to actually pull out the sleeve and look at the liner notes, which are as uninteresting as most of the music. “Zero” at least turns into a perfect ’80s Cold War paranoia song, worthy of being included on a mix tape right next to Sting’s “Russians.

It’s here though that I’ve had it. Clearly this record is going to Encore in the hopes of generating some trade credit. The remaining songs, “Love Now Till Eternity,” “Too Late,” “Suspicion,” and “After The War” aren’t as bad as the truly atrocious first side, or maybe I’m just growing comfortably numb. At least this album was not released during the CD era in the ’90s, as then I could have had an extra 25 minutes to slog through.

Runout Groove: This is not the Asia record with “Heat of the Moment” on it. That’s the one you want.