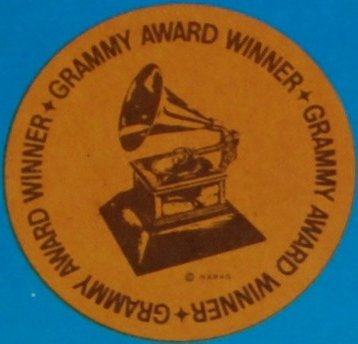 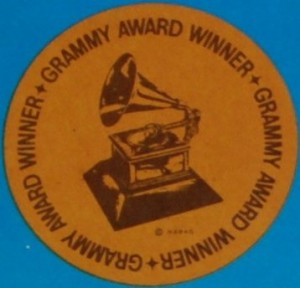 The gramophone was invented in the late 19th century.

Does it seem at all odd that it is the object mounted on a pedestal for the Grammy Award?

Yes, there is certainly something to be said for tradition, but arguably that would be akin to Motor Trend giving the winner of its Car of the Year Award a hand-crank trophy.

The Recording Academy, which puts on the Grammy Awards, consists of musicians, songwriters, producers, engineers, recording professionals, and quite possibly historians.

And the Academy is doing its damnedest to maintain relevance for the Grammy Awards, and doing what it can to extend the franchise.

As in holding “The GRAMMY Nominations Concert Live!!—Countdown to Music’s Biggest Night” [imagine that this page is literally littered with those little R-in-a-circle registered marks.]

The Concert Live!! will feature Maroon 5 and Luke Bryan. It will follow the one-hour live TV show (on CBS) during which the nominations will be announced. Two-time Grammy winner (and star of the CBS show “NCIS: Los Angeles”) LL Cool J and six-time Grammy winner Taylor Swift (a cover headline about Swift on the current Delta Airlines in-flight magazine: “Building the Brand of the Sweetest Girl in the Whole Wide World”) will be the hosts of the show. Of course.

According to the Academy, the nominations show is given credit for increased ratings for the 54th annual Grammy Awards, the largest audience since 1984. I wonder how many viewers were actually in search of “The Big Bang Theory.”

Award shows are all about moving product. Whether it is the Oscars or the Grammys, it is about acknowledgment of difference, of distinction. Those who didn’t buy tickets to see that movie or didn’t download that album may be likely to do so as a result of the award. “Oh, it won the Whatitz Award last night—I’d better get on it!!” (The dual exclamation point is sort of engaging, isn’t it?)

But it is that last thing that brings us back to the gramophone. It once was that gold stickers were proudly attached to the shrink-wrapped packaging of the 33 rpm LP or to the jewel case CD. But now that those are vastly reduced in number, where’s the sticker go? What is the upside for the recording artists several weeks after the event, when “Grammy Award Winner” is no longer used in the on-line descriptor of the music. (It is highly unlikely that people would buy music from an un- or barely-familiar performer/band if it is described in a general sense as a winner: there must be something specific that that victory is attached to.)

Perhaps this is the real reason behind the nomination show, the post-nomination concert (yes, Ticketmaster is handling it), and the televised event (February 10, 2013, 8 pm ET/PT, CBS): it helps with the ad revenue. I wonder how much the recording artists make on any of that?

Well, at least there is the opportunity to get a historic artifact.

While reading over a list of the songwriting winners from the 27th Annual ASCAP Pop Music Awards, an event during which Lukasz “Dr. Luke” Gottwald was named Songwriter of the Year, it occurred to us that one of the evident problems that we suffer here are GloNo is an insufficiency of nicknames, handles, or whathaveyou. To wit:

And let’s not overlook Dot Da Genius or Flo Rida, or Kool Kojak.

All of which is to say that we’d best not venture into songwriting careers until we have an appropriate moniker.

I’ll admit it: I’m a sucker for the Oscars. I love the sappy speeches and the mediocre monologues. I love the dresses and seeing who arrived with whom. I love taking bets on who will get more screen time: Jack Nicholson or Johnny Depp. For the record, it was Jack.

I love that it is one big Hollywood wank fest. There is nothing quite like seeing people who get paid way too much to be awarded by other people who get way too much, with another little gold statue to put in their Malibu house. It is pure decadence and escapism.

This year, it felt different. The quirkiness, independence and simplicity got their moments, as well as the dramatic, high budget and excessive. Juno, the film advertised as the ‘break out hit of the year’ was fully recognized, giving Diablo Cody the award for best original screenplay. Sure, some of the dialogue annoyed the heck out of me, but it was an enjoyable film that wound up being successful.

END_OF_DOCUMENT_TOKEN_TO_BE_REPLACED

It’s not cool to pile on, I know, but anyone who saw the MTV music awards is talking about the same thing: What the fuck happened to Britney Spears?

Like all MTV Music Awards openers, this was hyped to be “amazing” and “shocking” and a triumphant return for who was once the bread and butter for the dopiest channel on TV. The promise was that everyone would be talking about Britney’s performance, and they are, just not for a good reason.

Half stumbling and entirely leadfooted, Britney Spears couldn’t even bother to phone it in. Naughty Baby definitely did a No-No with an uninspired walkthrough that has pole dancers everywhere justifiably declaring: I can do that!

Sarah Silverman may have put it best when she said, “Isn’t [Spears] amazing? Just twenty five years old and she’s done everything she’s going to do with her life.” Let’s hope so.

Watch it on MTV.com (or after the jump).

END_OF_DOCUMENT_TOKEN_TO_BE_REPLACED

She’s the pretty dirty girl and wet dream of dorks everywhere and now she’s hosting the MTV Movie Awards, the second lamest awards show on television—just behind the People’s Choice Awards. But I’ll be watching, which is exactly why they hired her.

I am now in a different demographic than I was just a year ago. Moving from the 18-24 bracket was fun as I could now drink AND rent a car. The transition from 25-30 was a bit more difficult as it only meant I was now a thirty-something and who could help but think of that dopey 80s drama with boring people and their boring problems? The 30-34 bracket is the new 18-24 because Americans refuse to act their age and so it was a bit of déjà vu peppered with more post-binge body aches than I’d recalled and a better paying job. But now I am 35 and life is grand. That’s why they want me.

END_OF_DOCUMENT_TOKEN_TO_BE_REPLACED

A stream of conscious report of the recording industry’s biggest night with much love going to Jesus and Mary J. Blige. But why did Prince hold out on us?

Not being a massive Police fan but more of a Greatest Hits listener, I wasn’t especially excited to see them reunited, but as a music and culture watcher I was interested to see what was maybe the most powerful band of the 80s back on stage. Instead of the capable but unexciting walk through I’d expected, Sting, Stewart Copeland and Andy Summers came together to justify the euphoria rumors of their reunion sparked a couple months ago. Today’s current crop of rock-reggae fusion steppers should take note.

Oddly, that excitement was immediately subdued with the awarding of the Best Pop Duo to Tony Bennett and Stevie Wonder who stumbled to the stage and then were unceremoniously played off while they tried to thank their families.

END_OF_DOCUMENT_TOKEN_TO_BE_REPLACED

Gee, I wonder how this happens? Let’s see. . .CBS is broadcasting the Grammy Awards (Notice: “Grammy” is a registered trademark, so if you have a propensity to refer to an aged maternal relative with that term, beware, you may invoke the wrath of a SWAT team of lawyers) Sunday February 11, and on the preceding Friday, on the CBS “Hit Drama” (ipse dixit) “Ghost Whisperer” (admit it: You watch it for Jennifer Love Hewitt with the sound off), Mary J. Blige, who is nominated for a slew of Grammys (or is that “Grammies”?), is appearing (as “the coach of a high-ranked high school cheerleading team whose members are being disabled, one by one, by seemingly freak accidents in the days preceding their big cheerleading competition”). Funny how that works out, eh? On a hit CBS show one night and then a CBS Grammy presentation a couple later. Almost spooky. Of course, who is going to ponder that when there are Jennifer and high school cheerleaders and freakish accidents. . .?

Election night 2006 was the launch of a new GLONO feature over on POLJUNK: live blogging. We all got twisted and commented in real time on the election returns. It was a hoot and since Loftus is busy deconstructing Detroit garage rock, we’re bringing the live blog to bear on the American Music Awards this Tuesday, November 21. Log on to GLONO at 8/7(cst) and join in on the fun. Think of a drinking game and win a nasty hangover for Wednesday.

Update: She claims she was just joking. Sure you were, Kanye.