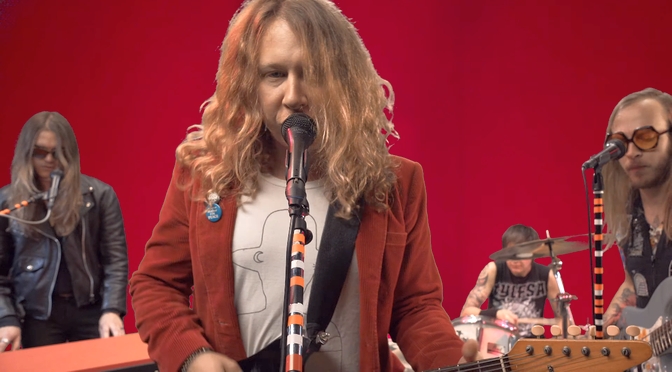 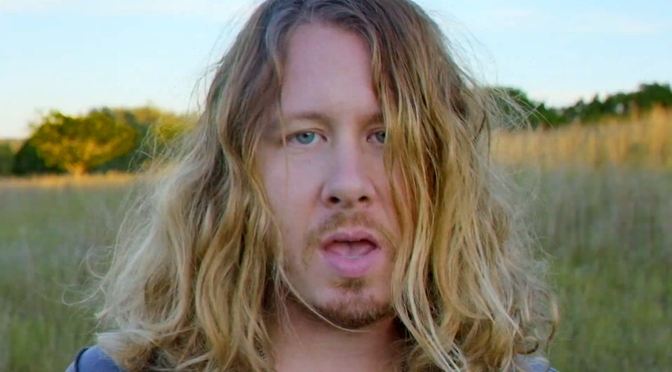 Directed by Robert Strange and Ben Kweller. From Circuit Boredom, due sometime soon on the Noise Company.

If you’ve noticed that Kweller has been pretty quiet lately, there’s a very good explanation for that. He and his entire immediate family were all almost killed in a carbon monoxide accident.

“We were in this sweet little cabin and in the middle of the night, Lizzy woke up and said, ‘Ben, get up! Something’s wrong--I feel horrible,'” Kweller says. “I immediately jumped out of bed and collapsed to the ground. We instinctively crawled to the front door and opened it. Fresh air rushed in the cabin. I called 911. We grabbed the boys out of bed, trying to shake them awake, and managed to get everyone outside in the snow. The boys were crying and falling in and out of consciousness--it was like something out of a horror film. When the ambulances arrived, they tested our blood and said our CO levels were so high, we were 15 minutes away from not waking up. Fifteen minutes! We spent the next day in the hospital on pure oxygen and days after that feeling lethargic and mush-brained. When we got back home, I was an incapacitated zombie.”

Fortunately, everybody’s okay, but it took him a few years to be “start the machine back up again” and get back into the recording studio.

Glad he did. I’ve been following Kweller since I first heard “Family Tree” on college radio in 2002. He was just a kid then, but Sha Sha is still one of my favorite albums of that era. And he’s produced tons of great stuff since then as well.

“Heart Attack Kid” is a clear sign of good things to come.

And friends: make sure you have a working carbon monoxide detector in your home. It could save your life!

From Changing Horses, out February 3 on ATO. His publicist calls this “a full-blown, straight-up country affair” but it’s clear that Kweller’s been listening to the Flying Burrito Brothers with the mix of country, gospel, soul, and rock and roll. This is full-blown, straight-up Cosmic American Music. I’m happy to see the return of pedal steel and multi-part harmonies, which have been lacking in his output since 2002’s Sha Sha (review), an album I still revisit regularly.

END_OF_DOCUMENT_TOKEN_TO_BE_REPLACED

No one can ever accuse Ben Kweller of lacking energy. He is at times the epitome of what a young rocker should be; tearing up the Metro stage one minute and doing yoga on Carson Daily’s show for no apparent reason the next. On his new release, On My Way, the young Mr. Kweller’s energy is abundant and refreshing. In this era of maudlin euro-pop and cartoonish punk/metal aping, it’s nice to see that some kids still have fun just making rock records.

Paired this time around with producer Ethan Johns, On My Way crackles with the vinyl buzz of rock made simple. The live sound of the album lends a personal quality that suggests the music might just be coming from the basement next door. Unlike the previous Sha Sha, there’s no polished pop masterwork here, just good room sounds and warm guitar to microphone tones.

The vocal and guitar hooks that line the album are still very much Kweller’s own. “The Rules” has enough memorable guitar banging to keep many a cover band busy while the fans of Kweller’s anti-folk, coffee house days will be appeased by the bare acoustic title track, which references karate in the first two lines and still comes off as sweet.

At times the album rests heavily on its influences. The first track, “I Need You Back,” could very easily be Ben Kweller lending lead vocals to a King’s Of Leon instrumental, the very band that introduced Ben to the idea of recording with Johns. In other tracks I heard equally significant Let It Be-era Beatles references as well as some good old Detroit garage rock. Though the songs remain catchy, it’s better when Kweller is just Kweller.

The closing track, “Different But The Same,” may be the best track on the album. It’s mature and well crafted, in both writing and production. The album cover depicts Kweller standing tall among the wolves and the album does the same. It’s not Sha Sha and that’s what’s good about it. Ben Kweller has grown and matured and gone from clever pop to smart rock very gracefully.

It’s easy and simplistic to make comparisons to what this album sounds like. There’s a lot of Weezer and a lot of Ben Folds. But so what? What have those guys done lately that’s made you give a shit? When I first heard “Family Tree” on Loyola’s excellent student radio station, I was more reminded of the Grateful Dead and the Beatles. Tell me that the acoustic guitar break doesn’t remind you of “I’m Only Sleeping.”

This is a solid album with several great, engaging songs. Sure, there are some dumb lyrics (“Sex reminds her of eating spaghetti” — even if that did come from Doom Generation, it’s still stupid). This is the direction Weezer should have gone in, but didn’t. And even if he hasn’t totally found his own voice yet, cut him a little slack. He’s only 20. Ben Kweller is definitely one to keep an eye on.