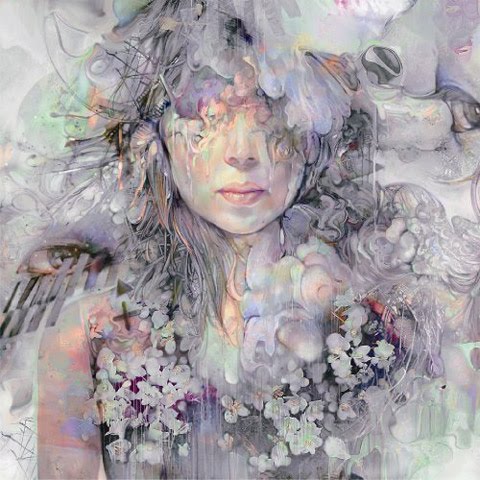 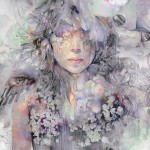 The title is a joke since this is Boris’ third release in 2011 and since some of the songs have already been previously featured in one of those releases. But New Album may be the most recognizable record out of the bunch as it completely changes direction and will be the toughest one to swallow by fans of the power trio’s heavier material.

Truth be told: even I wasn’t prepared for the blatant J-Pop sheen of New Album, looking up the Japanese word for “disappointment” right around track 2. But looking at the way Boris completely jumps into the world of pop rock gloss with complete disregard for its namesake is somewhat admirable.

And before too long, you start to cozy up to the record’s bipolar bliss, letting its infectious blend of that aforementioned accessibility snuggle right up to the occasional nods to shoegaze and metal. When it works well (“Tu, La La,” “Luna,” “Looprider”) it’s some of the best music you’ll hear all year.

When it doesn’t, it sounds tired. Like an attempt just to be different instead of trying to achieve the best possible version of the song so far.

Worst of the offenders is the diluted take of “Les Paul Custom ’86,” which gets completely neutered from the original Attention Please version, to the point where you question why Boris would shame the song title with a version that completely ignores its namesake.

To dismiss such missteps though, would also risk the band from not trying to go for the throat like they do on  “Spoon,” which features an uber-heavy riff that’s so awesome that I want to put the track on every single mix tape for the next month.

As good as it is, it also illustrates that New Album may be the best of the lot in Boris’ three 2011 offerings, it could have been one of the best in their catalog had they placed their full attention on making just one epic release this year.

I played my cassette copy of The Cult‘s Love enough times in high school that the oxide wore off. Despite this, the record has enough moments of ridiculous hippie pandering that I’m not able to ward off its distracters.

Whatever. I still think it’s great and feel that everything the band has done since then pales in comparison.