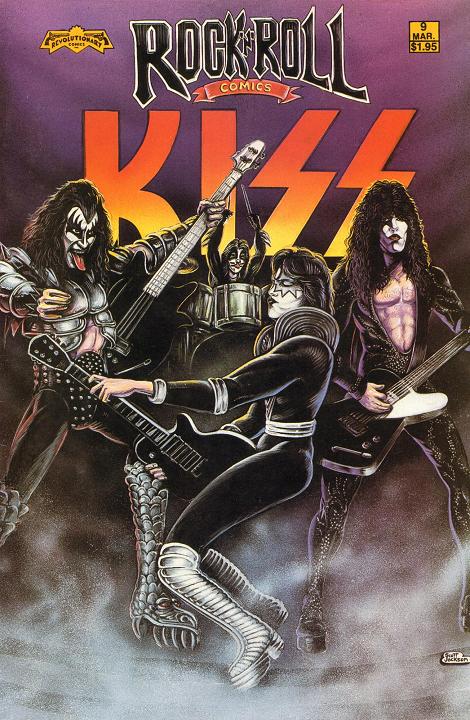 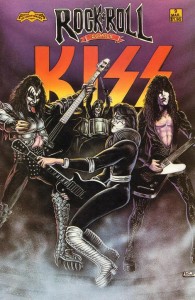 I will confess to following Marvel comics in the mid-70s, a supermarket habit that I took up while my Mom took our cocker spaniel to obedience school at the local armory. I’ll even admit that I groaned a bit when I learned that she threw away all of those comics–including a first issue edition of Howard the Duck.

That money could have come in handy living in a third floor, one bedroom apartment with my girlfriend as we penny-pinched our way through our early twenties. Instead, I just supplemented my income with used record and cd sales. It became a routine ritual, particularly if I was going to see a band a club later that same day. The extra money meant we could start with an import or two before referring back to the regular Leinenkugel drafts.

It was around this same time when a younger friend of mine began diving into the maddening world of record collecting. The harder the find, the better potential for envy.

Most of our collected purchases stemmed from singles with rare b-sides, import copies with obscure bonus tracks, and the occasional bootleg where earned money was spent on cassette soundboard recordings.

But one day, my friend brought in a couple of comic books. Not just the Marvel or hipster underground fare, but a comic book devoted entirely to rock and roll bands. I grabbed his copy of the Pearl Jam comic and began to skim through it.

The artwork wasn’t bad from what I recall, but the storyline presented was some glaringly fictionalized account of the beginnings of everyone’s favorite Northwestern rock band, Pearl Jam.

Being a fan of rock and roll writ, I can attest to some basic knowledge about certain rock and roll bands. While Pearl Jam is by no means a favorite of mine–I once owned Ten and now the only Pearl Jam related item in my collection is the single they did with Neil Young–I do know the basic story of their origins.

The comic book version I was reading suggested that during the band’s initial days, the members were struggling with a band name. That challenge ended when a band member presented his bandmates with a Mason jar of some of his aunt’s homemade jam that featured some hallucinogenic properties. The comic book then declares the band settled upon a name after that psychedelic spread in honor of the woman who created it.

The story is total horseshit, but I vaguely remember people suggesting it back during that time when people pondered, “I wonder how Pearl Jam came up with their name?” I stopped caring during the time they were known as Mother Love Bone, and who the fuck wants to figure out that name origin.

I wouldn’t be surprised if that quote from the comic book was completely butchered, but the point is, this is the same kind of research that the comic was working with on this full color spotlight presented in the Pearl Jam edition of Rock ‘n’ Roll Comics.

I never bothered to read another copy of Rock ‘n’ Roll Comics after that, and my friend also stopped seeking out this fictionalized accounts of other bands that were highlighted.

And the stores that carried Rock ‘n’ Roll Comics suddenly stopped carrying these serials, leaving one with the impression that the company who produced this stuff was beginning to run low on revenue.

Twenty years later, a documentary was released that fully explains the history of that company as well as the story of its eccentric owner, Todd Loren. The Story of Rock n Roll Comics presents Loren as a very divisive man, one who is seen as some first amendment crusader almost as much as he is for financially screwing the artists and writers who helped bring his vision to the comic book page.

Before he became one of the most controversial figures in the comic world, Todd Loren began as a mail-order retailer specializing in hard to find imports and rare musical items. If you were looking for a bootleg of some Roger Waters concert during the Pros and Cons of Hitchhiking tour, then Loren’s company–Musicade–would probably be a great place to find a copy.

Dealing in bootleg records and the like can be a tough racket, but Loren was a tough cookie and he found success at a young age. Musicade adverts could be found in the back of such publications as Rolling Stone magazine at one point, but it wasn’t long after making such progress before Loren decided to pitch the mail order business and combine his own love of music with another passion: comics.

It was a parody comic of Bruce Springsteen that gave Loren the idea of mixing the two art forms, and it was through unsavory business practices that Todd collected a stable of writers and artists to come up with creative ideas at a very low price.

The end result was a cheaply made yet unquestionably enviable idea of taking rock folk lore and using it as the creative fictional spark for a comic story line. My original complaint of the series lack of accuracy is about as pointless as me arguing how there’s no way that cosmic rays are the reason how the members of the Fantastic Four got their powers.

“It’s obviously not real…it’s a cartoon!” as Mojo Nixon wisely points out during one of his interview segments on The Story of Rock ‘n’ Roll Comics. Evidently, the two worked together during Todd’s life and Nixon is used as one of Loren’s supporters, both in his business practices and in his advocacy of the first amendment.

It’s that struggle which takes up the bulk of the film, positioning Todd Loren as a true fighter of the right to free speech while the other side presents him as an opportunist, someone who used the notion of the first amendment as a thin cover for Loren’s ultimate goal: to make money.

Nothing exemplifies this more than Loren’s actions when he made the decision to fold Musicade and start Revolutionary Comics, the comic book company he started with some assistance from his father.

Not that Loren needed his old man for financial assistance, it seems, just for moral support. It makes perfect sense that he’d look to his own family for this given the fact that he effectively fired everyone from Musicade, an act that is presented to swiftly in the documentary that it almost seems callous and selfish.

Almost as soon as Loren started Revolutionary Comics, he attracted controversy. He failed to distinguish the idea that bands might want to be in control of the entire aspect of their career, even their visual image.

Almost immediately, Loren discovered that the world of rock and roll is filled with lawyers and legal teams who have nothing more to do then look for licensing infractions copyright infringement.

He wore this conflict like a badge of honor, devoting cover space for the motto “Unauthorized…And Proud Of It!” which probably antagonized his industry foe even more.

What killed them off for good was a court ruling that identified Rock ‘n’ Roll Comics as work that was protected from legal action. After a judge sided on Loren’s side, the company began ramping up production to include everything from New Kids on the Block to Pink Floyd to the Sex Pistols.

He burned many bridges along the way, giving aspiring artists a chance to be published for the first time while systematically disposing of other ones who began to question the financial obligation that Loren offered for their work.

He developed a rubber stamp contact. Literally. One that he used on his payment checks, thereby forcing his contributors to sign away all rights to their work in order for them to endorse their payment.

To his peers, his comics trivialized the work that they sought to legitimize. The professional competition was eager to point out his company’s shoddy layout and amateurish composition.

There’s also room to suggest that some of their complaints were fostered from sour grapes, particularly when you learn about some projects where the rock and roll artists themselves gave Loren verbal permission to proceed with his unauthorized accounts while granting other publications authorized status, for a fee.

Both Jerry Garcia and, surprisingly, Gene Simmons overlooked their own organization’s litigious history and allowed Loren to continue his serialized accounts of their bands. For Jerry, the decision was probably based on some hippie idealism while Gene understood that any minor publication like Rock ‘n’ Roll Comics would do more to help Kiss’ exposure than impact their bottom line.

The Story of Rock ‘n’ Roll Comics does little to draw much attention to Loren’s unfavorable image as an explanation for the violent manner in which he died. As the documentary draws closer to its conclusion, it announces how a father who became concerned at his son’s absence from work suddenly turns into a homicide investigation.

Todd seldom missed work, so when he failed to show up one morning, his father went over to his apartment only to discover his son’s body brutally stabbed to death.

The gruesome discovery also provided his friends and family with another shock: Loren was homosexual. His personal life was extremely private, to the point where none of his friends and coworkers knew that he was gay.

The case remains unsolved, but the killer’s pattern and location match that of serial killer Andrew Cunanan, murderer of fashion designer Gianni Versace. It’s widely believed that Todd was one of Cunanan’s first victims, but with the killer’s suicide in 1997, it became impossible to question him about his involvement with Loren’s 1992 murder.

With this strange twist, the story of Todd Loren and Rock ‘n’ Roll Comics ends almost as immediately as it began. The series continued under the leadership of Todd’s father for a few years after his murder, but the comics failed to find direction without Loren’s unwavering drive and the business folded.

The absence of Rock ‘n’ Roll Comics only made them that much more collectible. As someone who remembers the comic’s past and can attest to their questionable worth, I can’t say that I fully appreciate the higher cost these comics command.

What I can appreciate is how The Story Of Rock ‘n’ Roll Comics successfully explores the behind-the-scenes account of this niche business and becomes a more fascinating topic than any of the storylines of their rock and roll inspiration.