END_OF_DOCUMENT_TOKEN_TO_BE_REPLACED

In a series of posts to Twitter, Courtney Love claims she was attacked on the street in New York Wednesday night. We’ve only corrected punctuation and obvious spelling mistakes and typos:

tonight after Proenza and the party at the boom boom room i left Jefferson (rather handsome) and was attacked by a very scary man 1. he threw me against the wall of a building on greene street, grabbed my ([Vera] wang) purse, dumped its contents in street, held me by my neck, crushed 2 the stuff in my purse with his heel. he wore good shoes sorta prada, was a little guidoish but white collar, assassin more, i was shit scared 3. he rubbed up against me while he had me by the neck and he actually was so strong he LIFTED me off the street. he then said, 4 “Courtney” — called me by name — “You’d better fucking keep your fucking mouth shut. no one’s ever going to believe your cunt ass, you have 48 hrs” 5. he then kicked me in my stomach (he was in amazing shape, didn’t look big, was insanely strong, and his eyes were dead dead) and i doubled over 6. he kicked me in my head and said, “48 fucking hours you fucking whore, no more from you shut your fucking face from now on” 7. well so i clutched my stomach lying on greene street half in the gutter and half out, obviously he was there due to my twats [Twitter posts] and texts 8. i just crawled and ran home to the Mercer losing my laboutins on the way, i forgot we were in NYC where Weitzman doesn’t own the cops 9.

We’ve given Courtney plenty of shit over the years, but if that’s even remotely true, that’s seriously fucked up.

It’s easy to dismiss Courtney because of her typos and ranting tone, but the conspiracy theorist in me really wants to believe that she’s uncovered a huge case of identity theft and multi-billion dollar mortgage fraud. I can’t quite follow everything she’s talking about, but the gist seems to be that a group of powerful people have been using Kurt Cobain‘s social security number to finance and re-finance lots of non-existent property all over the country. And she names names of the conspirators: her former boyfriend and producer Jim Barber, accountant Lisa Ferguson, and attorney Howard Weitzman.

After we requested information for a follow-up, Courtney blocked us from her Twitter feed. Which is a bummer. If she gives any updates, please let us know.

END_OF_DOCUMENT_TOKEN_TO_BE_REPLACED 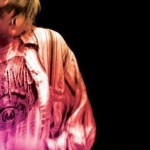 According to the latest post on her MySpace blog, Courtney Love is going to stop blogging:

I have a sign on my computer, “DO NOT BLOG. EMBARRASSES CHILD. LACK OF GRAMMATICAL CORRECTNESS AND SPELLING MAKES ONE LOOK ON DRUGS FOR SOME REASON. DON’T START THINKING “BUT? BUT? BURROUGHS.” IT’S A MYSPACE BLOG. DON’T DO IT!

So, THAT SIGN goes up tonight. I’ll check in with y’all about music, but there’s nothing served by defensive blogging.

Before that statement, she offers a few juicy tidbits about Trent Reznor, who “came up with NIN logo, then the band name, then a band.” Also some stuff about Axl Rose buying boobs and Corvettes for her former co-workers at the strip club. And something incomprehensible about her new drummer playing Motley Crue‘s “Dr. Feelgood.” Or something…

If she’s really exiting the blogosphere, she’ll certainly be missed. Consistently entertaining, that’s for sure.

Courtney Love has been a busy bee lately. She posted a (now dramatically edited) entry on her MySpace blog claiming that Ryan Adams stole $850,000 from Frances Bean‘s trust fund to finance and record Rock N Roll. Guess someone is trying to matter again. CONFIDENTIAL TO COURTNEY LOVE: You, um, sort of don’t.

“yeah you listen to this shit im listening to my i tunes on right now who names a record “Rock n Roll” what assholes do that?”

The full entry, in all its unedited and un-adhering to the rules of the English language glory, has been preserved at Stereogum. More.

Courtney Love claims that the ashes of her late husband, Kurt Cobain, have been pinched. Rolling Stone reports that Love was storing the ashes in a pink bear-shaped handbag that was hidden in the wardrobe closet of her Hollywood home and believes the bag was taken by a former friend.

Apparently, most of Cobain’s ashes were spread at a New York Buddhist temple and in Washington’s Wishkah River, but Love said she kept a small amount (as well as a lock of his hair) for herself.

“I can’t believe anyone would take Kurt’s ashes from me. I find it disgusting and right now I’m suicidal,” Love said.

Yes, we know how closely Courtney guards Kurt’s most private things. Like, say, his notes in a diary. What’s more safe than scribbled across a million pairs of Chuck Taylors?

As if selling licensing of Kurt’s songs for video game ads or shitty TV shows weren’t enough, Courtney Love now plans to sell off nearly all of his remaining possessions under her control. I guess the massive money dead celebrity auctions is taking in these days is just too much to pass up.

Would selling off all her father’s keepsakes ultimately rob daughter Francis Bean of her birthright? “My daughter doesn’t need to inherit a giant hefty bag full of flannel fucking shirts,” said Love. “A sweater, a guitar and the lyrics to ‘(Smells Like) Teen Spirit’ — that’s what my daughter gets. And the rest of it we’ll just fucking sell.”

And Courtney drops further in the collective eyes of Nirvana fans…

Question of the Day: When Courtney dies, what are the three things you think Bean should hold onto?

Courtney sells Nirvana publishing – Love sold 25% of her share for $50+ million: “My goal is to keep the music very true to who the songwriter was and what his passions and tastes would be,” Mestel adds, “and to work through Courtney to figure out exactly the best way to go about exposing his music to a new youth culture to a new generation.” Huh?