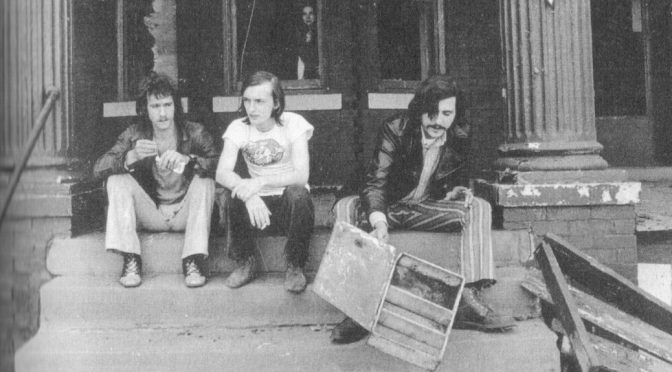 There’s only a couple weeks to go to fund Boy Howdy! The Story of CREEM Magazine, a new documentary by filmmaker Scott Crawford about the world’s only rock and roll magazine.

This looks like a pretty cool project. It’s being produced by Creem founder Barry Kramer’s son, J.J. Kramer, whose dad died when he was four.

Kramer has been embroiled in the sad resurrection and fizzle of Creem online since he invested in “Creem Media Inc.” in 2006 after photographer Robert Matheu and his shady cousin Jason Turner licensed the Creem brand in a deal that gave them an option to buy the magazine’s intellectual property rights five years later. They ended up getting it for $70,000, according to court documents. That deal resulted in a coffee table book but little else. In fact after the book was published, the Creem brand fell into a sour mess of “litigation and bad feelings.”

Creem Media, Inc. has been defunct since 2011. Its former web site is a sad content farm and there’s something new calling itself Creem Magazine that just makes me want to punch myself in the face. So good job, everybody.

This documentary is apparently the only hope we have in keeping the real CREEM memory alive. Go fund it!

END_OF_DOCUMENT_TOKEN_TO_BE_REPLACED

From the September 1986 issue of Creem: Drinking (And Drinking Lots More!) with the Replacements.

CREEM: Does it matter to you personally? Do you really care what the critics think?

PW: I’ll be honest. It does. I’d like to lie and say it means nothing. Not that we think we’re great or anything. We know exactly what we are. We get a giggle out of it, but it makes you feel good.

TS: When it’s someone big and they say we’re good, it makes you feel good—but I never really read any of that stuff about us. Unless someone’s got something bad to say and it’s funny or clever. I get a kick out of someone saying we suck because we’re arrogant little pricks.

PW: You do until they single it out and say you look like a fucking fake rock star. You can take the general bullshit but…

PW: Yeah, until they say something… you know what I’m saying.

TS: I know what you’re saying.

Tommy Stinson was 19 at the time of this interview. Paul Westerberg was 26.