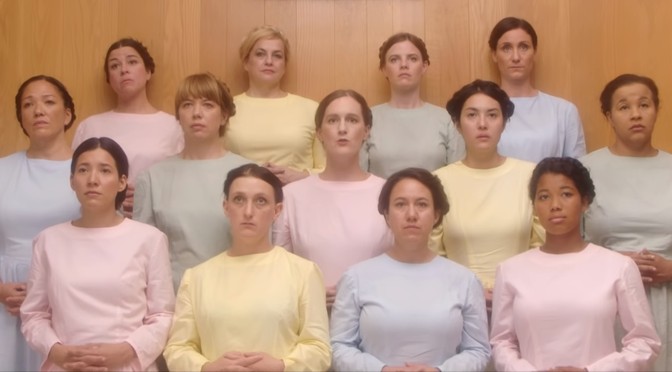 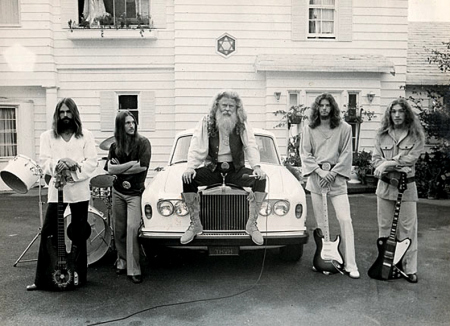 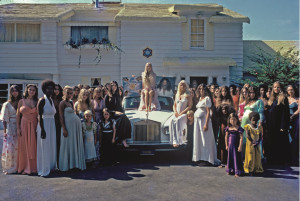 I love this movie: The Source Family. It details the formation and history of your proto-typical southern Californian 70s cult. Founded by entrepreneur-judo champ-war hero-man-killer-turned-spiritual-guru-and natural-food-purveyor, Jim Baker, The Source Family did a lot of its recruiting via a psych-rock band comprised of Family members. Over the years, the band recorded several highly collectable albums under various names, including Yahowa13, Children Of The Sixth Root Race, Father Yod And The Spirit Of ’76, Fire, Water, Air, and Yodship. While the trailer for the film implies a bit more doom and drama than the film actually delivers, it’s still a fascinating look into how one man can take over the lives of many. And the music is pure gold!

I spent the summer of 1980 in Wichita Falls, Texas with family friends. I was nine years old and excited to be on a trip all by myself, but also spent many late drives home from rodeos crying in the backseat because I was certain my parents would die while I was away. Such was the psyche of a young boy away from his family for the first time.

Psyches were generally fragile in that time. The 70s may have officially ended that December 31, but the cultural ramifications and general freakiness were still very much in play. The year 1980 was much more like the loosey-goosey 70s than the Yuppie-filled decade it marks. Music was still loose, drugs were still prevalent, people were still searching. It was confusing.

The parents I was staying with of course had to work, which left a minimum of eight hours a day where their daughter and I were unsupervised. We spent much of that time at the community pool listening to Eddie Rabbit croon about how much he loved a rainy night. We were pretty good kids so we didn’t really get into much trouble but I did get into a scrap or two with the neighborhood boys and it was eventually decided that we would attend Bible school.

Most of the classes were boring, but toward the end of the summer we had a whole week dedicated to cult awareness. You have to remember that the Jonestown massacre had occurred less than two years previous. The first American Blessing Ceremony of the Unification Church (a mass wedding conducted by Rev. Sun Myung Moon) was still two years away. In Texas, and around the country, there was a growing fear of cults and their influence on young people in particular.

The week kicked off with a movie that we all watched in the church activity room. It was all very spooky with grainy news footage of Jim Jones and various fakers, but Jones was the star and it was easy to see why. Who can forget those shades and the fact that his most infamous, heinous act was the origin of an idiom that so perfectly articulated the danger of blind submission. I was indeed drinking the cool aid.

The rest of the week was focused on how we spot cults and those who might want to indoctrinate us into their fold. What actually happened was I went home armed with a dozen or so other cults and leaders I wanted to research. My library lending habits would certainly raise the suspicion of today’s Security State listeners, but this was 1980! I could check out as many books on sadistic egomaniacs as I like!

Somehow, Jim Baker and The Source Family never hit my radar. Maybe it’s because of how the story ends (and I won’t give that away here), but I’ve since been spending some time on Wikipedia and various other sites dedicated to the Source Family story and all I can say is, “Yahowha!”