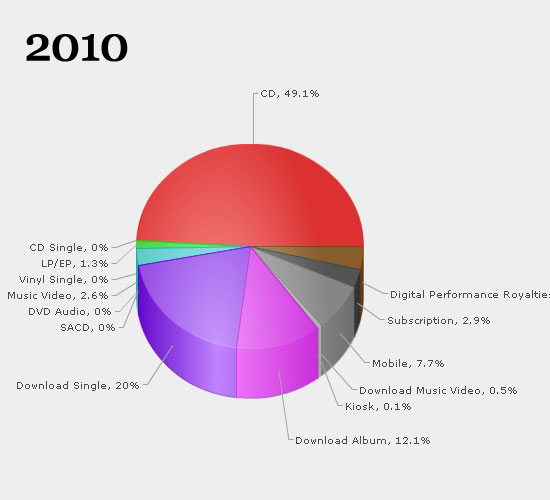 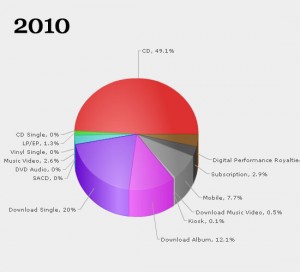 Remember the kid who was arrested in 2008 for leaking a few unfinished tracks off Chinese Democracy? Kevin “Skwerl” Cogill pled not guilty, his charges were reduced, and a year ago he was sentenced to house arrest. One other condition of the sentence was that Cogill would have to “participate in a public service announcement designed to educate the public that music piracy is illegal.”

Well, that PSA never happened, and Wired points out that as of yesterday, he’s no longer under the court’s jurisdiction. That is to say: he got off scott free.

“I knew as soon as this went down, nobody would give a shit about me doing a PSA,” Cogill said in a recent telephone interview. […]

The proposed court-ordered PSA was vaguely defined from the beginning, he said. “We had some conversations about it, hypothetical conversations,” Cogill said. “I said everybody is going to laugh at it.” […]

Cara Duckworth, a spokeswoman for the RIAA, which alerted the FBI to Cogill’s unlawful uploading, said in a Wednesday e-mail that the RIAA has “discretion whether or not to move forward” with a public service announcement.

“Due to various elements of this case (not to mention unnecessarily high production costs), we chose not to produce one,” the e-mail said.

So there you have it, kiddies. Filesharing will get you in big trouble. There is one more lesson in all of this:

The best advice he got was from his Los Angeles lawyer, Kaloyanides. “He told me,” Cogill said, “‘to shut my fucking mouth and don’t say shit to the feds.'” But Kaloyanides was retained too late, after Cogill spilled the beans and handed over his laptop.

Remember: you have the right to remain silent. Don’t say shit to cops unless you have a lawyer with you.

END_OF_DOCUMENT_TOKEN_TO_BE_REPLACED

Kevin “Skwerl” Cogill, the blogger who uploaded nine tracks from Chinese Democracy to Antiquiet prior to its release date, got a slap on the wrist, won’t have to pay a fine, and will make a radio or television message “talking about the importance of protecting copyright holders’ rights in their songs and movies.” Classic. Watch for the smirk.

According to a post on his site, “…Skwerl’s got plenty to say on the matter – he’ll break down the details soon enough.”

END_OF_DOCUMENT_TOKEN_TO_BE_REPLACED

Remember Hilary Rosen? She was the CEO of the RIAA back when Napster help peer-to-peer filesharing go mainstream. Rosen was the public face of the most hated organization on the planet, at least as far as nerdy internet people were concerned. She was our punching bag until she retired in 2003, but by then the damage was done.

On the tenth anniversary of Napster going live, Rosen shares her thoughts and memories with Billboard, and she’s very insightful:

There’s been this time period between 2002 and 2006, maybe 2007, where there just weren’t enough deals done. There were so many innovative ways to deliver music and not a lot of licensing support from the music business. That’s just not the record companies, the music publishers have been really brought kicking to the table. It’s one of the reasons the record companies gave up trying to license the whole work and said ‘we’ll just license the sound recording rights,’ because the music publishers were so difficult. The one lesson the industry did not learn after Napster was speed. When you’re talking about technology, you have to move quickly on opportunities. The constant refrain is ‘there’s no money in these opportunities. There’s no advances. We don’t see the pay off.’ But the thing you have to keep pushing back on is ‘what are you comparing it to?’ If you’re comparing it to physical sales or comparing it to an iTunes download, then you’re right, it’s going to be hard. But what you really need to compare to is how else fans are getting the music, which is free. The lessons of Napster, of rapid fire adoption, have been too quickly forgotten. The industry has moved a little too slow and have not benefited as much as they might have by the benefits of technology.

She’s right of course. But the industry is still just now starting to pay attention. Well worth the read.

“I think I’ve learned, you can’t really control things. You can’t let it bug you too much: people are going to get your stuff for free,” Mercer says of the business side of his future label. “We benefited right off the bat from Napster, before we were signed and stuff. I think also nowadays, The Shins are what would be considered a niche market. We capitalize on a niche audience. In the old days, in the 80’s, that would have been difficult for us. So it balances out somewhere there.”

I suppose it does balance out somewhere. While we wait for them to release a new album, here are a few oldies from Sub Pop:

• The Shins – “Kissing The Lipless”

ReadWriteWeb talks to Neil Young about Music Piracy, MP3 Hell and Finding Freaks on the Web:

“Ten Blu-ray disks doesn’t lend itself to P2P. They [the fans] are going to do that anyway – people are going to copy all this music. We don’t have to deal with that. All we’re doing is supplying the mother-lode, trying to give them quality whether they want it or not. You can degrade it as far as you want, we just don’t want our name on it… It’s up to the masses to distribute it however they want. The laws don’t matter at that point. People sharing music in their bedrooms is the new radio.”

Good old Neil. And I’m still a little shocked that the June 2 release date for the Archives (Blu-ray, DVD, CD) is still set. Oh well, he’s still got three and a half weeks to change his mind again.

Major labels may be…ahem…slow to recognize the benefits of filesharing but not everyone in the music industry is so dense. Case in point: South by Southwest.

The premier music festival of the year has once again posted on their site the mp3s of this year’s acts. That’s great, but who wants to scroll through the entire site downloading one file at a time? Nobody, and the SXSW organizers seem to recognize that and in years past even created a torrent of the files users could download all at once.

Well, SXSW isn’t doing that this year, but they have allowed a user to do it and it’s available to all without fear of retribution from heavy-handed labels. TorrentFreak reports:

For the fifth year in a row, SXSW has released a DRM-free, RIAA-safe collection of songs totaling 6 GB, which can all be downloaded for free, thanks to BitTorrent.

This is nice for just about everyone. A) Users get to download everything in one neat, relatively fast package; B) SXSW saves on bandwidth; C) Artists get yet another channel to distribute their music and spread the word; D) The Man is going to sue your grandma when he finds that you’ve downloaded his band’s gear.

END_OF_DOCUMENT_TOKEN_TO_BE_REPLACED

Nothing pleases the seventh-grade boy in me more than the recent resurgence of Weird Al Yankovic during this, the twenty-fifth anniverary of his first hit, “Ricky.” There’s been the profile in Wired, and more recently, the coverage of his release of a parody while the original was still #1 on the Billboard singles chart (and its aftermath).

And now, the Grey Lady is getting in on the action: Censorship, or What Really Weirds Out Weird Al. Apparently, his 2006 video for “Don’t Download This Song” has been censored by for MTV, and it’s starting to cause a bit of an uproar:

In an e-mail message on Sunday, Mr. Yankovic wrote that he had bleeped out the names to the file-sharing sites in his song two years ago, after MTV “told me that they would refuse to air my video” otherwise. “Instead of subtly removing or obscuring the words in the track,” he wrote, “I made the creative decision to bleep them out as obnoxiously as possible, so that there would be no mistake I was being censored.”

He complied, “because I was proud of the song and the accompanying Bill Plympton video, and I wanted to do everything I could to maximize exposure for it.”

All of this would have been largely forgotten, if not for the introduction last week of mtvmusic.com…

The names of peer-to-peer services Morpheus, Grokster, Limewire, and Kazaa are apparently too controversial for MTV to air. Do any of those still even work anymore?

Don't Download This Song from Al Yankovic on Vimeo.