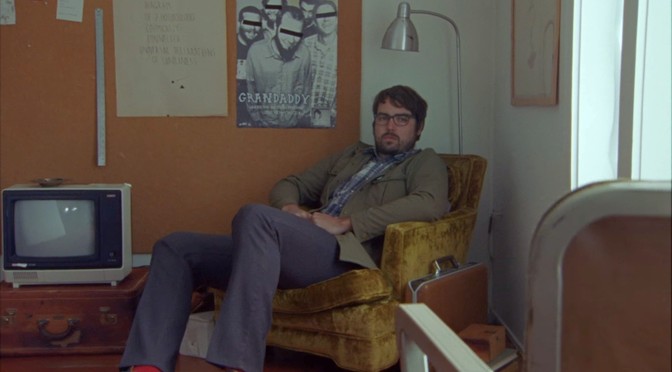 Video: Grandaddy – “Brush with the Wild”

Grandaddy - Brush with the Wild (Video)

From Last Place, out now on 30th Century/Columbia.

Gee, blink and you miss a whole album rollout from one of your favorite bands. This is the fourth single released from Last Place but it’s the first I’ve heard. And it’s great! All the chugging synths, crunchy guitars, and sad lyrics you expect from Grandaddy. What have I been missing? Glad to have them back.

END_OF_DOCUMENT_TOKEN_TO_BE_REPLACED

V2 Records has been “restructured.” Its parent company, Sheridan Square, fired V2’s 35 employees on January 12 and “will no longer issue new music” other than gospel. It will retain V2’s catalog which includes albums by the White Stripes, Grandaddy, Isobel Campbell, Jim White, Moby, Mercury Rev, and the Raconteurs.

V2 Records was started in 1996 by Richard Branson after he sold his Virign Records to EMI for a billion dollars. In November, 2005, Branson sold V2 “to create a relationship that keeps the V2 imprint in business.” Huh. Kept it in business for just over a year. Nice.

Think Branson will start a new label called V3? And what’s going to happen with the new Mooney Suzuki album, Have Mercy, that was supposed to be released on January 30?

“Jeez Louise” by Grandaddy off Just Like the Fambly Cat, out May 9, 2006. Previously.

“Pull the Curtain” by Grandaddy, from Excerpts From the Diary of Todd Zilla. Also: limited-edition shirts, a new design every month.

The Sophtware Slump, Grandaddy’s 2000 release, was extremely well received and is a very good album. They also earned respect for not being afraid to toy with the Beatles’ “Revolution” on the I Am Sam soundtrack. While everyone else was afraid to be the band that ruined a Beatles song, Grandaddy came from nowhere to recreate the Fab Four’s classic and came out with something no one expected.

Sumday, the band’s fourth studio release, finds Grandaddy traversing their back catalogue. No one familiar with the band’s material will be shocked by the sound on Sumday—quirky pop that is distinct, endearing, and fun, using modern synths and samples to accentuate songs rooted in vintage rock. Tracks like “OK with My Decay,” “The Warming Sun,” and first single “Now It’s On” are the best examples.

The bad part for Grandaddy is that there are other bands that are better at this sound: The Flaming Lips, Mercury Rev, Super Furry Animals, etc. Yet it isn’t right that Sumday—originally planned to be a double-album organized into party and post-party wind-down music and then forced into one by the band’s label—is faulted because of another band’s work. The music here is good, very good, and it deserves to be heard.

So while Sumday is not a mind-blowing or revolutionary album, there is nothing wrong with music that is just good, music that doesn’t need adjectives like “important,” “landmark,” or “classic.” I can honestly say I enjoy listening to Sumday, and you will too. In the end, isn’t that the point of music anyway?