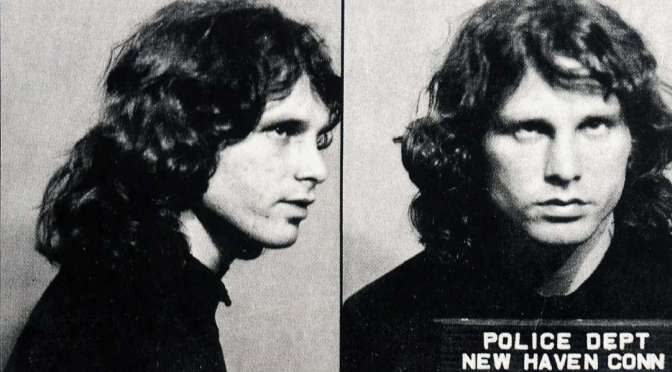 “Jim’s drinking habit had grown in parallel with our success, so the members of our band and crew rotated the chore of attempting to keep him as sober as possible on show nights. On December 9, 1967, that chore had fallen on me. . . . He wasn’t drinking more than his usual amount, but his usual amount was more than usual to most people. I had yet to discover a successful strategy to lure Jim over to moderation. Arguing didn’t work. Saying nothing didn’t work. Encouraging him didn’t work.”

That’s Robby Krieger, guitarist for The Doors (as well as a subsequent number of other groupings, although none, obviously, as influential and consequently memorable—as in making a memoir something that might have a wider audience than, say, fans of Robby Krieger’s Jam Kitchen), from his new memoir, Set the Night on Fire: Living, Dying and Playing Guitar With The Doors.

And it is fairly evident that trying to discourage Morrison from getting drunk was something that didn’t work.

According to Krieger, just before the show “Jim was making out with his date in a shower stall.” A police officer didn’t recognize the man who was yet to become The Lizard King, apparently thought he was someone who slipped in, and Morrison “allegedly mouthed office and the cop allegedly sprayed him with Mace.”

Krieger goes on to say of the alleged occurrences (which seems somewhat odd, given that this happened 54 years ago and presumably any legal ramifications are no longer existent so either it happened or it didn’t or Krieger is being ironic, which doesn’t work particularly well in this case if that is his intention), “Jim loved mouthing off to cops, and cops loved having an excuse.” The proverbial double-win.

Undoubtedly, someone who was essentially mouthy to cops under ordinary circumstances had his hackles at stratospheric levels after that (if he was the Lizard King, in this context he would have to be a Komodo dragon). . .but he had to go out on stage, during which performance Morrison, not surprisingly, “launched into his now-famous rant about the little blue man in the little blue suit with the little blue cap who had temporarily blinded him backstage.”

The police came on stage, arrested Morrison, and the rest is legend, especially as a writer for Life magazine happened to have been arrested, as well, and there was coverage of the band in the middle-brow weekly magazine that emphasized the outlaw nature of the band.

Morrison died in 1971 at age 27. Think about that: about four years between the arrest in Connecticut and a heart attack in a bathroom in Paris.

END_OF_DOCUMENT_TOKEN_TO_BE_REPLACED 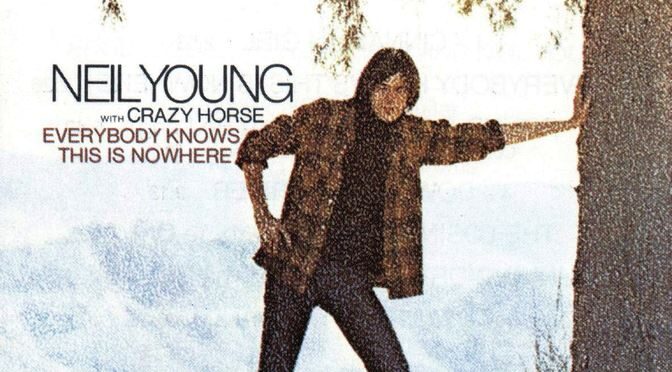 To enter Hipgnosissongs.com please confirm you are not accessing this website from: the United States, Australia, Canada, Japan or South Africa or in any jurisdiction in which such an offer or solicitation would be unlawful.

A few weeks back, when I wrote about Bob Dylan selling his song catalog, I figured that that would be that.

Little did I realize how this is not a one-off but becoming something of a trending phenomenon.

This past week Neil Young sold half of the rights to his 1,180-song catalog to Hipgnosis Songs Fund Ltd. (Jimmy Iovine and Lindsey Buckingham also sold.)

That disclaimer up there: It is at the bottom of a homepage of legalese. This is serious business. Go beyond the homepage at your peril.

In the site, which is, make no mistake, about making money, not music, there is this description:
“The Company’s Investment Adviser is The Family (Music) Limited, which was founded by Merck Mercuriadis, former manager of globally successful recording artists, such as Elton John, Guns N’ Roses, Morrissey, Iron Maiden and Beyoncé, and hit songwriters such as Diane Warren, Justin Tranter and The-Dream, and former CEO of The Sanctuary Group plc. The Investment Adviser has assembled an Advisory Board of highly successful music industry experts which include award winning members of the artist, songwriter, publishing, legal, financial, recorded music and music management communities, all with in-depth knowledge of music publishing. Members of The Family (Music) Limited Advisory Board include Nile Rodgers, The-Dream, Giorgio Tuinfort, Starrah, Nick Jarjour, David Stewart, Bill Leibowitz, Ian Montone, Rodney Jerkins, Bjorn Lindvall and Chris Helm.”

Bet you never thought you would see Iron Maiden and Beyoncé in the same sentence.

According to a story in the New York Times in December 2020, Mercuriadis, whose fund then had spent $1.7-billion on hoovering up catalogs—Times: “Hipgnosis owns, in full or in part, 188 songs by Jack Antonoff, a collaborator of Taylor Swift; 197 by Debbie Harry and Chris Stein of Blondie; 814 by RZA of the Wu-Tang Clan; 315 by Mark Ronson; 1,068 by Dave Stewart of Eurythmics; and production royalties for 108 tracks by the hip-hop producer Timbaland”—said that he’s doing it because “I wanted to be able to do something that would contribute to having the music industry recognize that the songwriter and the producer are really the star of the show.”

So by buying up the catalogs, said songwriters and producers get more ready pocket money than they would have otherwise had. I must admit I am a bit mystified as to how producers make money off the deal, though I suspect they must.

Clearly, Mercuriadis, who may be a fan with exceedingly deep pockets, to say nothing of ready access to the pockets of others, isn’t doing this entirely for Sir Gawain-pure purposes. There isn’t that large warning on the top of the Hipgnosis page because all ye who enter are going to come out unscathed: this is about betting on the come.