“Fear and Loathing” by Dr. Hunter S. Thompson from the long out-of-print collection, Sound Bites from the Counter Culture. Not a reading from the book, but a great speech with some classic quotes: “I’ve never claimed to be anything other than a nice guy and an athlete.” 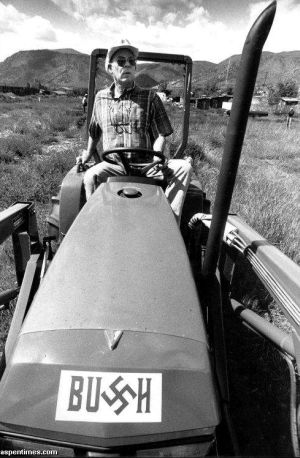