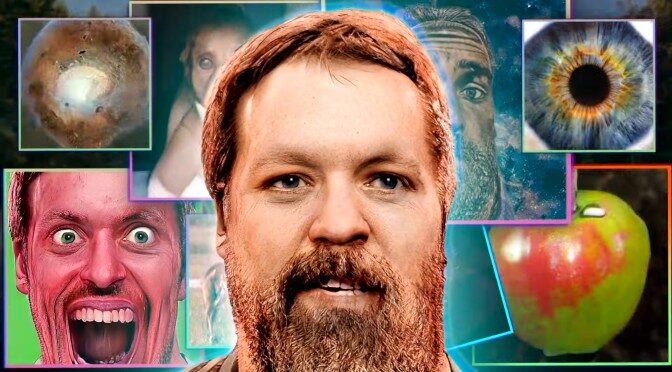 Directed by Casey & Ewan. From Boy From Michigan, due June 25 on Bella Union and Partisan.

As a boy from Michigan myself, John Grant’s latest single rings true. Coincidentally, I have recently started watching “Freaks and Geeks” for the first time, which is set in a Michigan high school in 1980. I went to high school in the 1980s and the show is spot on. My only issue so far is with Kim Kelly’s parents. Is it ever explained where they are supposed to be from? Because they do not talk like they’re from Michigan. The mom says calls it “soda” for one thing. And what’s up with that accent? Is that the “generic poor people” Hollywood accent? Real poor people in Michigan sound more like they’re from Arkansas than south Boston or the Bronx or whatever that is. One more thing: “Up in Benton Harbor”?!? If this takes place outside of Detroit, what suburb would that be: Indiana? Come on.

But if you’ve seen “Freaks and Geeks,” that’s the setting for John Grant’s “Boy from Michigan.”

We walk through the cemetery looking at all the graves
To Thompsons’s Market for candy and pop
We did it almost every day
We used to look to see if we could find a patch of green
As the winter came to a close
And spring was blossoming
The ground was coming alive and it smelled so clean.

Grant says, “The song sprang from a moment I experienced when I was about 11 and we were about to move to Colorado from Michigan; my best buddy took me aside and warned me about ‘the world out there’ – so the song is about the transition from childhood to adulthood, the simplicity and innocence of childhood and the oftentimes rude awakening that occurs when one crosses over into adulthood. It’s also about romanticizing the past, which can be dangerous.”

It can be dangerous. That’s true. It can also be annoying and obnoxious. But this song isn’t any of those things. It’s good.