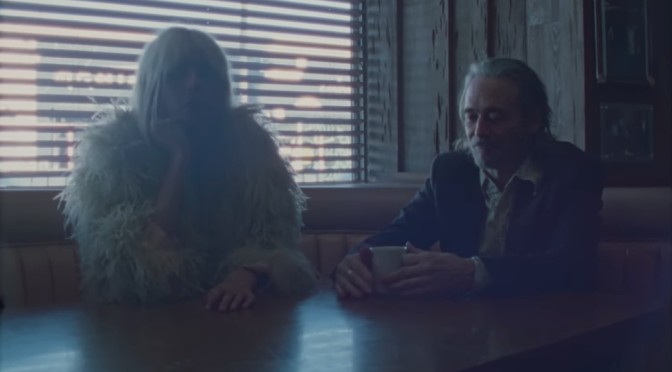 Directed by Emma Elizabeth Tillman. From Chloë and The Next 20th Century, out now on Sub Pop.

Has Emma Elizabeth Tillman directed a video for her spouse before? They co-directed the one for “Chateau Lobby #4 (in C for Two Virgins)” but that’s a throwaway that they made “on an iPad on [their] wedding anniversary” while eating pancakes. This one’s considerably more ambitious.

The director says, “‘Buddy’s Rendezvous’ is a world unto itself. It is a place out of time. My dream for the video is that it would surrender itself to the power of the song. An unnamed man (played by Craig Stark), fresh out of jail and down on his luck makes his way across the fractured landscape of Los Angeles to meet his daughter (played by Arrow De Wilde). All the while he is beset by memories of a more innocent time. Despite her hesitance, his daughter and her boyfriend (played by Gilbert Trejo) agree to meet her father and find moments of sadness and sparks of tenderness in the connection made. Although the video and the song can be considered love letters to Los Angeles, the themes are universal. Disappointments, regrets, forgiveness, tenderness, perseverance, and love. The incredible performances by Arrow, Craig, Gilbert, and David Haley all coalesce to bring this vision to life. Cinematography by James Wall on 16mm evokes the down and out feeling of LA, merging past and present.”

I don’t think they need that “old-timey film spool” filter that everybody uses these days to signify authenticity. Nevertheless, it’s a pretty song about a dad hoping to catch up with his kid, and the video is effective.

END_OF_DOCUMENT_TOKEN_TO_BE_REPLACED 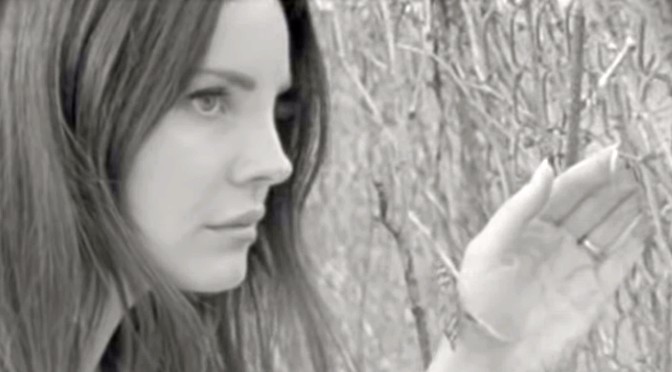 Like a lot of grumpy dudes I was initially put off by Lana Del Rey because of some atavistic ideas about authenticity. I was swayed by the bullshit narrative that she was just an opportunistic phony.

A couple things helped me change my perspective. First was an interview she did with VH1’s Mark Graham where she came across as a totally normal girl. The best part is where she’s laughing off not being invited to play Coachella (“I just stand there and sing…”) and Graham replies, “Totally their loss,” and she giggles and replies, “Aww thanks Grambo,” addressing him by his online handle (@unclegrambo).

The second thing was an article in Spin by Jessica Hopper that forced me to re-evaluate a lot of my ingrained attitudes about women in music, “selling out,” indie vs. pop, etc.

The issue with Lana Del Rey is not whether she is some corporate test-tubed ingénue, but why we are unwilling to believe that she is animated by her own passion and ambition — and why that makes a hot girl so unattractive.

Why indeed? That attitude is outdated and uncool. So, thankfully, now I’ve come around to the idea that passionate and ambitious hot girls are super attractive! Seriously though. Authenticity in music is a dumb thing to get worked up about. Especially from guys (like me) who love the White Stripes and the Ramones and the Rolling Stones and Bob Dylan.

They mistook my kindness for weakness
I fucked up, I know that, but Jesus
Can’t a girl just do the best she can?

Whoa. That’s what it all comes down to, isn’t it? That’s a heavy duty lyric.

Although “Mariners Apartment Complex” was co-written with Jack Antonoff you can tell she’s pals with Jonathan Wilson and Josh Tillman. It’s got that stony Los Angeles canyon vibe.

Still don’t love how she randomly lapses into baby talk vocals, but I guess that’s her thing so whatever. You do you, Lana Del Rey!

END_OF_DOCUMENT_TOKEN_TO_BE_REPLACED 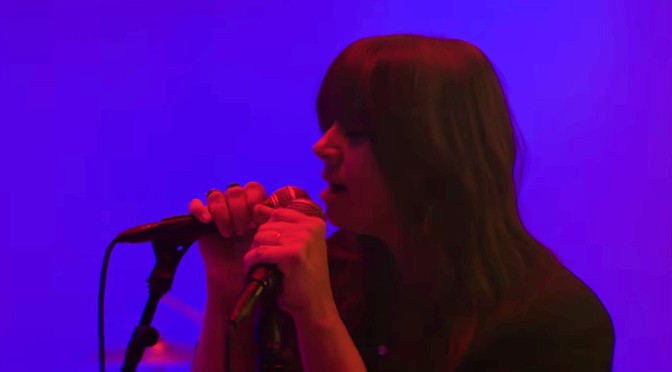 Directed by Greg Hunt. From Wanderer, due October 5 on Domino Record Co.

Chan Marshall is a badass. This is her first new music since 2012’s Sun and it was worth the wait. “Woman” features everything we love about Cat Power: spooky instrumentation, moody vocals, intimidating lyrics.

What more could you ask for? Backing vocals by Lana Del Rey? You got it!