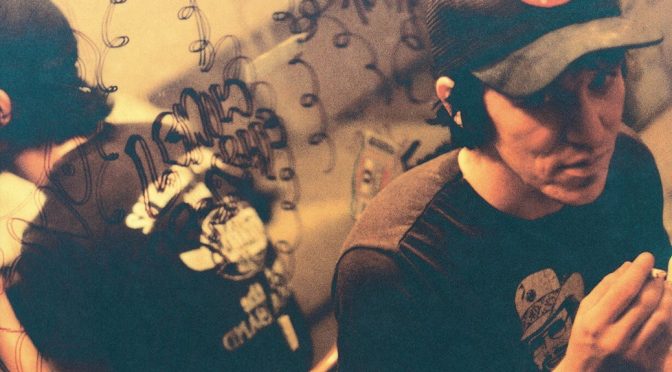 Either/Or was the first Elliott Smith album I bought. Like a lot of people outside the Pacific Northwest my first exposure to Elliott Smith was the movie Good Will Hunting. Or maybe a pal put something on a mixtape. I can’t remember why but at the time I was opposed to buying soundtracks, so I picked up Either/Or essentially as a way to get my favorite song from the film: “Say Yes.”

I immediately became obsessed. Songs like “Ballad of Big Nothing” and “Rose Parade” had a melodic sensibility that appealed to the Beatles fanatic in me and the dark, clever lyrics were right up my Tom Waits-loving, low-life alley. The recording sounded like it was made by people who reeked of stale cigarette smoke and beer sweat. This was the 90s and bars couldn’t be divey enough for people like us. The dirtier and cheaper, the better. Elliott Smith sounded like a guy we might see in the corner booth at Teazer’s, sipping something in a rocks glass and nodding along and smirking when a not-too-terrible song got played on the jukebox. This is what I projected onto him anyway from listening to the album and looking at the cover photo.

We didn’t have wikipedia in those days so I had to gather clues by scouring the liner notes: “recorded at joanna’s house, my house, the shop, undercover inc., heatmiser house, and laundry rules.” The label was Kill Rock Stars, the home of Bikini Kill and Sleater-Kinney. This was all we had to go on, to make up narratives of our own.

Years later, I’d finally get a chance to see him in concert, but the show was a disaster and he was a mess. A year and a half later, he was dead.

Since then, there have been a number of posthumous releases. First there was From a Basement on the Hill, a collection of the stuff he was working on before he died. In 2007 there was New Moon, a compilation of 24 outtakes mostly recorded between 1994 and 1997. I interviewed archivist Larry Crane back then about putting together that release. A couple years later I interviewed Crane again about what he found in the archives since New Moon. He said there probably wasn’t enough unreleased stuff to release another album, but “There are a lot of interesting alternate and live versions of songs though. I could see doing ‘bonus disc’ versions of the proper albums as a possibility.”

END_OF_DOCUMENT_TOKEN_TO_BE_REPLACED

Chris Tsefalas – I’m All Right? (In Music We Trust)

Tsefalas gets a little help from his friends – Larry Crane (engineer of Elliott Smith, Quasi, Richard Buckner, Pavement, Stephen Malkmus) and John Moen (Jicks, Maroons, Dharma Bums) – to turn in slightly skewed power pop that is at times reminiscent of Paul Westerberg, Rex Daisy, Ben Folds and Willy Wisely. I’m All Right? is filled with enough plucky piano, organ fills and sprawling power pop arrangements to keep you curious from track to track. Fans of piano driven indie pop may want to take notice and give Chris Tsefalas a shot. Overall a promising debut that should serve as a hallmark for interesting things to come.

MP3s via In Music We Trust: I’m All Right It’s OK, Sam I Am, and A Wonderful Ride.