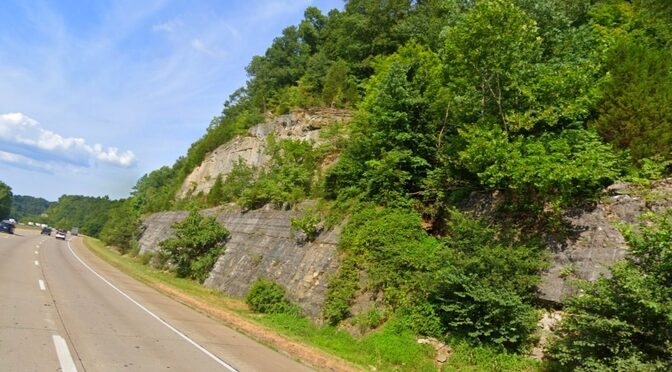 A little over ten years ago we came across “Dispatches From a Guy Trying Unsuccessfully to Sell a Song In Nashville,” a new column for McSweeney’s by a guy in Indiana named Charlie Hopper, and it immediately made me question my implicit animosity toward modern mainstream country music. Or at least it made me think about the validity of some of those ideas about authenticity. And ever since then, over a total of 53 dispatches, Hopper has continued to explore the mechanics not just of the Nashville machine but also of art, dreams, responsibility, and ultimately coming to grips with the idea that life doesn’t typically work out as cleanly as a three-minute song.

Remember how excited we all got about Gary Benchley, Rock Star? Instead of our hero achieving indie rock glory within a year, imagine if Paul Ford had decided to stretch that story out over ten years with Benchley’s band never getting signed to Original Syn Records. It would’ve made a way more realistic story, and it wouldn’t have had to implode into cliches at the end. But Benchley was fiction.

Art has to tell a story with a beginning, a middle, and an end. Life, on the other hand, tends to be a whole lot of middle.

Yesterday, McSweeney’s published Hopper’s final dispatch. It doesn’t really tie everything up neatly, but it’s a good ending. Maybe not the happy ending we’ve all been rooting for, but it’s good.

Maybe I’m going up. Maybe I’m making headway. Connections. Friends. An impression. Progress. Maybe I’m learning something. Or maybe this is a little time alone in which I will suddenly hit on an idea that nobody has said exactly that way before. Like a greeting card writer providing normal people the words they feel but can’t find, as Barbara Cloyd the songwriting coach tells us at her seminars.

Maybe I’m going down. Maybe I’m wasting time. Maybe I’m embarrassing myself and, later, when they realize how I misspent some of the valuable hours of their childhood, I’ll have been embarrassing my kids. I’m probably also squandering money and draining the possibly limited pool of tolerance my wife seems to have dammed up for me — money and tolerance that I will want later when it’s gone.

I’m going to miss Hopper’s column. I’m a middle-aged dad with a dayjob and an anachronistic interest in rock and roll that I mostly hide from my co-workers and from the other parents at my kid’s school. It feels ridiculous a lot of times to care about all these stupid bands as much as I do. But I do. And Charlie Hopper articulated the balancing act that folks like us struggle with as we attempt to act like reasonable adults.

Catch up on all of the Dispatches From a Guy Trying Unsuccessfully to Sell a Song In Nashville, and then follow Charlie Hopper on instagram where shares photos from around his neighborhood and writes about the records he’s listening to.

In the latest installment of Dispatches From a Guy Trying Unsuccessfully to Sell a Song In Nashville, our hero realizes it’s going to take more than six clasess to learn how to write a good country song.

In every case, it would turn out—and I would be surprised every time—that I really had no clear idea of the story I was trying to tell with my song, no fresh, simple take on a universal experience. I thought I was ready, but before class ended each week I’d admit that I’d driven down with a song that was country in the same way that saying, “Sacre bleu! Haugh-haugh-haughnn!” while twirling a small invisible mustache was speaking French.

After class I would drive to the Bluebird, a little bar in Nashville where songwriting successes perform—midway into one of their verses you can usually feel the whole audience sort of slip into realizing they know this song from the radio, sort of like when your car shifts from first to second gear: if you’re paying attention, you can feel it.

Especially when you’re sitting there alone.

Previously: Why You Hate Modern Country.

In my experience, annuals tend to appreciate the complexity of classical piano concertos, like those by Ravel or Rachmaninoff. I play records by those two over and over again, my speakers aimed out to the backyard, blaring through a hole in the screen door torn by a high John Coltrane one morning when he thought he was a rabid polar bear, which he was not.

My vegetables—tomatoes and pole beans and eggplants—like to be sung to. I think it helps the fruit ripen—sweetly sung melodies that rise and fall like crooked branches, scales that float on the warm humidity of the July sky. Like my sister Dorothy says, “Soak their roots in song and they will grow, my brother. They will grow.”

Also: “3. Don’t throw your plants down the stairs.” Solid advice. Words to live by.

In the second installment of McSweeney’s Dispatches From a Guy Trying Unsuccessfully to Sell a Song In Nashville, Charlie Hopper succinctly breaks down the Six Things that prevent people like us from “Enjoying A Well-Crafted Modern Country Song.”

2. Its unironic sentimentality is unsubtle.

4. The singer is not trying to soften his or her Southern accent and might be playing it up, which is an issue for you, because it causes you to assume the singer has conservative views, which perhaps you do not share. Those views (or their corollary, an unwarranted display of defiance) may, in fact, be the subject of the song, or the song promised by the DJ to be coming up after a commercial break.

5. Your friends would bully you if they knew you could sing along with Taylor Swift, so you resist any situation in which you might even accidentally risk exposure.

6. Knowing that some large number of modern Nashville acts sing songs they haven’t written themselves, you see it all as “product,” something for sale, and that vaguely offends you.

Nail. Head. Guilty on all charges.

The whole thing is great though, so go read it. Dispatch 1 is good too if you wanna catch up.

But more than inventive, I bring an unparalleled originality to my performances—I do things with music that other musicians wouldn’t dream of. Would an average musician think to play never ending repetitions of three note scales, or to hold out off-key notes for minutes on end? No. I’m not just some artistic hippie; I get how this industry works. I’m a professional paid musician. I’ve been a regular performer near the Lincoln Center and outside of Madison Square Garden. My audiences love what I do. Sometimes, people will be so overcome with emotion that they’ll even pay me to stop. Beauty is very powerful.

If I were on the admissions board, I’d totally let him in.

Again, I know the stuff’s really hitting the fan down here and you’re probably getting slammed with more prayers than ever, but for the next 75 nights we’ve got shows and I’m asking you to put tuning in to our preshow prayer circle at the top of your list. That’s why we’re doubling up our power and signal by being in a circle like this and by holding hands to basically make one giant person beaming one huge consolidated prayer up to you—we’ll do what we have to do to get heard and to cut through the clutter of individual prayers.

The list gets better and better so be sure to read the whole thing.

From McSweeney’s John Moe, A Letter to Prince Regarding the Crying of Doves and the Fiasco That Resulted From the Presentation of a Speech on That Topic:

Then, in the midst of all this chaos, you informed us that the screaming itself was the sound that doves make when they cry. And, I mean, what? No it’s not. Crying doves sound like terrified ornithologists exchanging screams with a sexy, sexy pop singer? Or was that squeal thing you did supposed to be the crying doves? How did it go? “Aii! Aii! Aii! Aiaiaiai!” It was a massive turn-on, but it was not science.

END_OF_DOCUMENT_TOKEN_TO_BE_REPLACED

From McSweeney’s John Moe, A Note Placed in the Pay Envelope of Billy Joel:

Billy, that kind of thing is why people kept yelling at you all night. “Sing us a song, piano man! Sing us a song tonight!” they shouted. But instead of doing so, you simply shouted their words back to them and added a line about how you were making them feel all right. Which you weren’t. You were making them mad. People aren’t just in the mood for a melody, they’re in the mood for a legitimate composition.

Previous BJ-related McSweeney’s goodness: What I Would Be Thinking About If I Were Billy Joel Driving Toward a Holiday Party Where I Knew There Was Going to Be a Piano by Michael Ian Black, and The Lyrics to the Billy Joel Song “We Didn’t Start the Fire” If They Were Written by a Muskrat by David Litt.

END_OF_DOCUMENT_TOKEN_TO_BE_REPLACED

From McSweeney’s, The Recording Industry Will Destroy You, a letter from the RIAA: “If your household pet has been named in this lawsuit, it will be euthanized. If you are a 13-year-old girl, do not expect that the bad publicity in the past has made us hesitant to sue little girls—it has only made us hate you even more.” Will they ever learn?