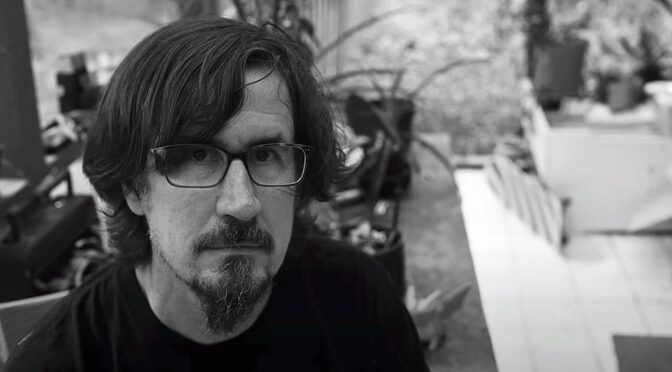 Video: the Mountain Goats – “As Many Candles As Possible”

the Mountain Goats - As Many Candles As Possible (Official Lyric Video)

Directed by Lalitree Darnielle. From Getting Into Knives, due October 23 on Merge.

Remember back when the Mountains Goats announced Songs for Pierre Chuvin how John Darnielle causally mentioned that “the entire band was decamped at an undisclosed location working on the next Mountain Goats album” when the pandemic started raging out of control and “the work schedule [they] had planned for spring probably wouldn’t be panning out”?

Well, they apparently got enough done in those first few days of March to make a whole album out of it. And that undisclosed location? Sam Phillips Recording studio in Memphis, Tennessee. So that’s pretty cool.

“As Many Candles As Possible” is the first single from the project and it’s a good one. I’ve been getting a little discouraged but the lack of guitars and abundance of what I half-jokingly call “jazziness” on recent Mountain Goats studio stuff, but this sounds like a badass rock and roll song with some gnarly lead guitar. It also features howling Hammond B-3 courtesy of Charles Hodges, the legendary Memphis organist who played on all the Hi Records hits recorded at Willie Mitchell’s Royal Studios.

So yeah, the Mountain Goats are digging into that deep Memphis soil, from the earliest days of rock and roll, through the funky soul of the sixties, all the way to the garage stomp of the Cramps, and beyond.

Seek out a cave by the ocean while you wait out the rain
Dial down the weak bits and crank up the gain.

Thank You Friends: The Ardent Records Story is out now in the UK on Ace/Big Beat. According to the Ace Records press, the 2-disc collection from the legendray Memphis recording studio contains “no less than 14 rare or unissued Big Star-related cuts, most of which have not been on CD before. These include demos, alternate versions, original mixes and non-LP tracks. Everything is presented from the master tapes and the sound quality, as befits any Ardent recording, is second to none.”

FRY: “In 1966 we rented a commercial building and put in a proper studio. The national profile of Memphis was always Elvis and Sun Studios; then there was a shift in the ’60s when Stax started to gain prominence with soul music. But we were Beatles fans and Anglophiles. We were out of step with Memphis.”

These days, Ardent Records releases mostly Christian rock, but the Ardent Studio is still the place to be, at least according to clients such as the Raconteurs (Broken Boy Soldiers), Cat Power (The Greatest), R.E.M. (Green), and the White Stripes (Get Behind Me Satan).