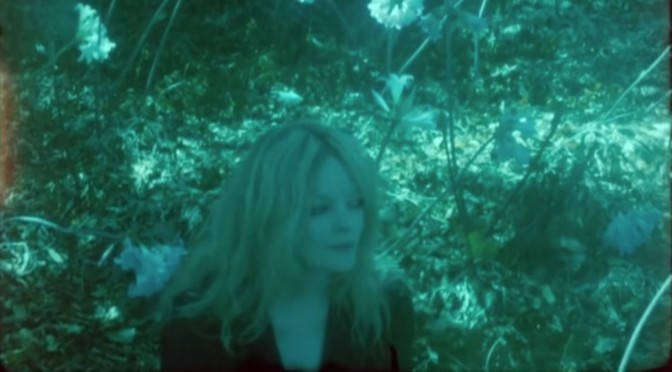 Video: Jessica Pratt – “This Time Around” 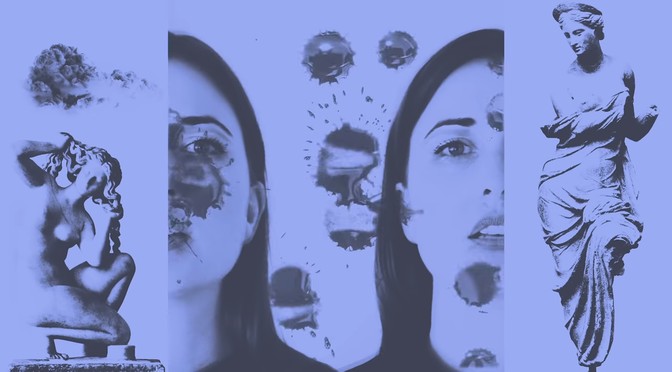 Directed by Eli Welbourne. From Cosmic Wink, out now on Mexican Summer.

This is a dreamy slow burner from Jess Williamson whose previous video “I See The White” was moody and impressive. “Wild Rain” is driven by a tremoloed electric piano and Williamson’s sleepy vocals.

Williamson says, “I recorded this song at first with just me singing and playing it on an acoustic guitar. We thought it was going to be a scratch vocal so we didn’t mic everything the ‘correct’ way…I like the way it sounds. It’s a little bit lazy. There is this remnant of my acoustic guitar bleeding from my headphones into the vocal track, you can hear it the most at the beginning of the song. But we liked that too! A happy accident. It became the perfect rhythmic element to anchor the beginning of the song. It reminds me of rain. We wanted to have a moment of the heavens breaking open midway through and ushering us into another realm. So we started building off just my voice and the memory of an acoustic guitar, layering synths and more vocals. This is probably my favorite song on the album and it’s the first song I wrote for Cosmic Wink.”

Director Eli Welbourne says, “The video in essence is supposed to be a living interpretive scrapbook that catalogs Jess’ train of thought visually in tandem with the song as she questions herself and previous relations she had. The song discusses a duality within her and I wanted to represent that in a collage where she is visually split in two, undergoes psychedelic transformations, and the center of the screen becomes a stage for other visual elements to dance.”

END_OF_DOCUMENT_TOKEN_TO_BE_REPLACED 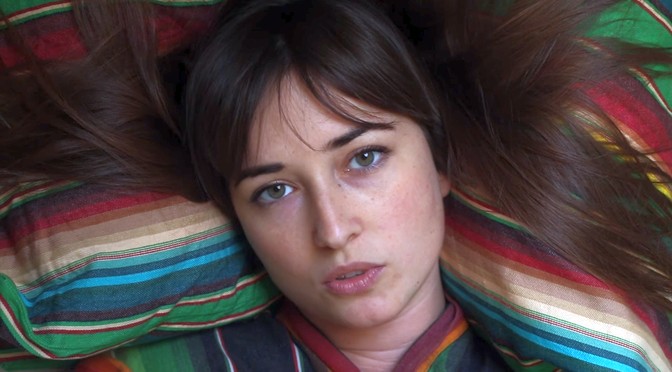 Directed by Eli Welbourne. From Cosmic Wink, due May 11 on Mexican Summer.

A cool, moody song about the brevity of existence. Williamson was inspired by the aging of her dog, Frankie. “I noticed the graying of the fur around her eyes, and I realized that she was a physical manifestation of the passing of time, and it was heartbreaking. It’s so easy to act like we have all the time in the world, to feel immortal or invincible.”

She explained to Stereogum:

This song is a love song and it’s also kind of me throwing a tantrum. It’s begging for answers and making a few demands too. I get it, life is short but our souls live on, right? So, I’m gonna need my sweetheart to come too, okay? And maybe my dog. Is that so much to ask? Musically, I wanted this song to feel joyful and pretty, because why shouldn’t we celebrate love alongside the tough questions? Life is wild and beautiful and sad and ecstatic all at once, and I wanted this song to be the same way. We might as well dance and sing and have fun with the time we have because we’re here and then we’re gone, and nothing lasts forever…or does it?

END_OF_DOCUMENT_TOKEN_TO_BE_REPLACED

The title—in case you’re wondering—is either “To Hell With It” or “Fuck It” depending on how hard you want to annunciate your interpretation of what it means to put on the blinders and just move forward.

For a band like Dungen who’ve always seemed to operate in their own bubble of isolation anyway, the question then becomes “Just what new ground is Dungen speaking about with this declaration of ignoring the distracters and pressing ahead with their own vision?”

Let’s be honest, to completely abandon Dungen’s strength would be their undoing. And Dungen’s strength is in their ability to mimic progressive psychedelia with such jaw-dropping accuracy that you need to periodically check your smart phone to see if some form of time travel has taken place in the midst of their tape hiss and guitar fuzz.