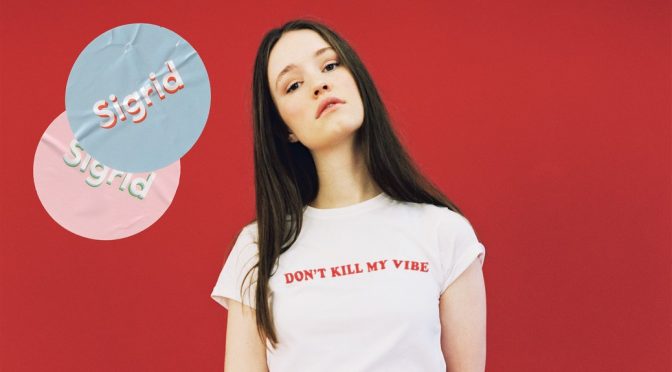 END_OF_DOCUMENT_TOKEN_TO_BE_REPLACED

Corporate Posturing On a Grand Scale, And Michelle Branch Just Smiles Through It All

There is no question in my mind that the Popstar gravy train, so brazen for the last few years, will derail itself by Summer, 2002. The mediocre response to Britney Spears’ new single is proof enough, as are recent appearances by various boy bands that play more on a previously established cult of personality than any hint of their musical output. However bland the musical product these groups have put forth may be, it has still been their stock in trade. And to see Spears, N*SYNC, Jessica Simpson, 98 Degrees and the rest reduced to their base selves – to be used as simple, marketable brands for their respective labels and whatever corporations might like to use their likenesses to move product – to see them basically forsake their “music” in favor of face time – only proves the inevitable implosion of their longstanding rule of Pop. Which not only spells doom for Britney, et al, but also their record labels, ever conscious of the bottom line. For some, hiring Helmut Jahn to design their next HQ all of the sudden seems like a real bad idea.

On Tuesday night, Michelle Branch rolled into Chicago’s Double Door with Maverick Records labelmate Jude Christodal for the latest stop of the “2001 Unlisted Tour of the Big 10,” a traveling marketing concept behind which Kenneth Cole (the designer of the Unlisted brand) and Maverick hope to sell a few of their respective wares. Its website describes Unlisted as “a brand targeted to Generation Y and designed to promote being expressive, proactive, and experimental while seeking out trends and making discoveries.” Buying into this positioning, Maverick entered into a partnership with Unlisted to promote its young artists while spreading the word about fashionable square shoes to campuses throughout the Midwest. The deal even features a nationwide magazine ad campaign, with Jude and Michelle posing in rags like Maxim, Cosmo, and Teen People while wearing Unlisted gear. If that’s not enough spin control for you, Badger Kry & Partners, the marketing firm behind this onslaught, even came up with a battle-of-the-bands-type program for the night before each town stop, encouraging local talent to vie for a potential Maverick contract. Is it just me, or are record labels and youth-skewed fashion companies trying like hell to connect with young wallets?

Into this perilous equation comes Branch, a young woman from Sedona, Arizona who has, with the benefit of genuine talent and a truckload of luck, ended up being Maverick Records’ new hope for the future of Pop music. But if there’s any pressure loaded into that statement, the girl ain’t letting on. Arriving onstage with her trusty blue Taylor guitar, Branch and her band immediately launched into a cohesive set of non-threatening pop ditties that showcased not only the 18-year-old’s strong voice, but a backing band of four dudes seemingly chosen by Maverick not only for their serviceable musical chops, but also for their charmingly alternative features and exquisite taste in vintage T-shirts. Performing tunes from her Maverick debut (The Spirit Room) and a few re-worked numbers from her self-released acoustic effort, Branch was confident, entertaining, and even genuinely rocking on a few songs. Absent (thankfully and perhaps oddly) from her set was any posturing for Cole, his Unlisted line, or any mention of Branch’s label’s co-CEO’s, Madonna and Guy Oseary. Which is refreshing, especially when the girl is 18 and those people are paying for her tour. Nevertheless, instead of hawking designer shoe polish, Branch focused on her songs (all of which she wrote or co-wrote) for 40 minutes, and entertained a crowd eager for something fresher than Jewel, but not as old as Sheryl Crow or as scarily intelligent as Lucinda Williams.

Branch’s single “Everywhere” was originally serviced to AAA/Adult-Alternative outlets, the kind of radio format where Lillith Fair never died and Rob Thomas is god. But, Like Lifehouse’s “Hanging By A Moment” before it, the song’s unmistakable riff and genuine pop sensibilities helped it expand to Top 40, “KISS-FM”-type outlets. (In fact, Branch’s first national tour was with – say it ain’t so – none other than Lifehouse). It now rests comfortably between the teeny-boppers getting over Britney and a 25-34 set of professional women who weren’t swayed by Natalie Merchant’s latest snooze-fest. Which puts both Branch, and her label, in an enviable position. In a Pop world turned upside down by falling profit margins and rapidly aging consumer bases, Maverick Records has on its hands a young artist who is just as recognizable to the TRL Nation as it is to sorority sisters, sensitive guys, and Jetta-driving marketing professionals. If that isn’t a cure for a tempestuous record buying climate, I don’t know what is.

And in the midst of all the brand positioning, promotional money, and magazine ads, Michelle Branch simply puts on a good Rock and Roll show. And that’s more than you can say for any of her primp’d, preening contemporaries clamoring for exposure now that the jig is up on their Z-grade musical talent.