The big discussion at GLONO HQ Tuesday night revolved around the Miley Cyrus cover story on the August issue of Elle magazine. When I first saw it, I didn’t realize it was Hannah Montana on the cover. I thought it was just some cool looking skater girl model. She looked like a teenage River Phoenix: 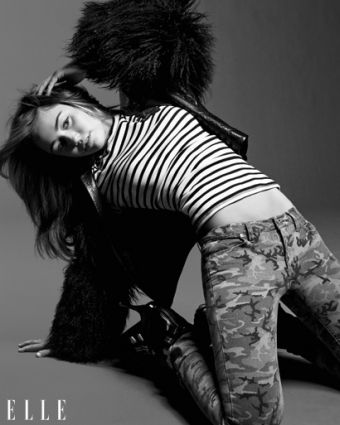 Pretty cool, right? Some of the other photos are a little age-inappropriate for a 16-year-old girl, but that’s not particularly shocking. We’ve been down this road last year with the “topless” Vanity Fair shots by Annie Leibovitz. Which were tame and lame…even for a 15-year-old.

The crazy thing in this Elle piece is not the photo shoot but the article in which Billy Ray Cyrus so shamelessly pimps out his daughter.