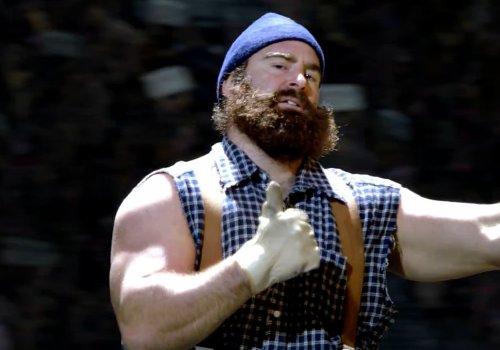 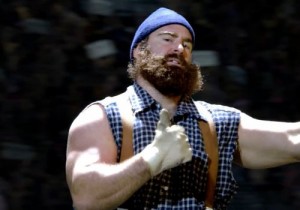 The other day at work, I took some time from my mundane duties to each lunch and get a bit of light Yahoo news. You have to be selective when it comes to your “non-business related” surfing time.

For example, I clicked on a news link once that brought me to a website that was locally related to the article I was reading. From that website, I noticed another article mentioning how a local resident was caught molesting a farm animal.

If you’re a normal, red-blooded American, you can probably guess where my mouse pointed. Of course, I wanted to read about the guy from Alabama that was messing with a pony.

Instinctively, I clicked the story hyperlink, only to be immediately met by my company’s automatic tattle-tale IT security warning window, advising me that my website of choice was not allowed as the word “bestiality” was not related to any job duties within the organization and that my attempt to access such a site would be duly noted.

Fear raced as I began to look for excuses to try and explain to the IT police and human resources why I tried to click on a link to a story about a dude caught with his pants down in the horse stable.

Nothing ever came from my bad choices in internet news sites, but I am a bit more selective when it comes to browsing the internet on my work computer.

I visit Yahoo because it seems like a nice homogenized place where people can gather across the country, read incredibly fluffy bits of journalism, and then comment about the inordinate amount of liberal staff members that Yahoo has, spreading their icky little socialist propaganda all over their website.

If that isn’t fucking ridiculous enough, the amount of time all this worthless shit takes to load on my work computer is. The Clash were right, so I mutter “workin’ for the clampdown” as I eat my chicken bacon ranch wrap from the cafeteria while the Yahoo homepage loads on my screen.

All of this so I can read about why we care about Donald Trump’s announcement of his GOP endorsement.

But it’s taking longer to load on this day as I notice that the hang up is due to some Flash advertisement that’s attempting to load before I can even see the story links.

Suddenly, an image of Tommy Lee, that pony-dick drummer from Motley Crue, slides across my screen, followed by the corpse that is Mick Mars, then Nikki “A paramedic saved my life” Sixx and finally Vince Neil, which had me worried that his image might prompt a security warning for attempting to access chicks with dicks website.

But no. All of this Motley Crue Flash activity was not promoting the new album by the Crue, nor was it to remind me that the band was going on tour again, probably performing the exact same setlist they played on their last one.

It was for Kia.

For a band that really hyped up their image as Harley-Davidson riding bad boys, it seemed strange that the band would choose to cash in with South Korea’s second largest automobile manufacturer.

The power to surprise, indeed.

It wasn’t until I saw the actual television ad that I got the full impact of the commercial.

The Cliffs Note version goes like this: Middle age white schmuck consumes enough anti-depressants and Vicodin to believe that he is still the same badass that he was in the 11th Grade when he spent all of his money earned at Burger King on an ’84 Ford EXP with 98,000 miles and a factory cassette deck.

Fast forward some twenty-five years later and this same sad bastard is using his rapid eye memory believing that a Kia Optima is somehow his “dream car for real life.”

I’m sorry, but where I come from one of our hometown heroes drove a ’69 Plymouth Superbird and any Asian car was referred to as a “rice burner.”

No, there would be no convincing my blue-collar brethren that anything with a Kia nameplate, and shame on Motley Crue for trying to suggest otherwise.

If you haven’t heard one of Nikki Sixx’s endless recounting, “Kickstart My Heart” is the story about that aforementioned paramedic who continued to apply shocks to Sixx’s chest after he long expired from a heroin overdose.

Now it seems that Sixx is due for another zap--or at least a head-exploding roundhouse kick to the head from Chuck Liddell--to remind him that these decisions of product placement are only as good the current model year.  By Super Bowl XLVII, the Crue will be less known for their history of rock’s premier bad boys and more for their love of fuel-efficient family sedans.

Had the middle-aged sleeper really strived for the life of the Crue’s storied decadence, he would have crashed that Kia into the Hanoi Rocks tour bus, stolen the pixie dust from Mr. Sandman and Hoovered up all that glittery blow off the ass of one of those scantily clad chicks in the NASCAR stands.

Because if any self-respecting Crue fan even considers signing a down payment check for any model of Kia, they need to be reminded of how they’re also signing off on their own do not resuscitate order.

Which is exactly what Motley Crue has done with this commercial and what I have done with my lunch break.

With no creative statement to make, no record label obligation to consider, and—let’s face it—no real market for it, you have to wonder why we need a third Vince Neil solo record. But Neil is a businessman, and since we are in the middle of a Motley Crue hiatus, Neil has been a busy boy with Tattoos & Tequila, a record scheduled to coincide with his summertime tour of county fairs and outdoor festivals.

It is also the name of his—wait for it—autobiography, because Neil thought that the definitive Motley Crue biography, The Dirt, didn’t provide him with enough opportunity to share his thoughts on the band’s career.

END_OF_DOCUMENT_TOKEN_TO_BE_REPLACED

I’ve always been a little shocked at Motley Crue‘s perceived relevance. They’re seen as some kind of glam-rock demigods, placed in the same category as legitimate heroes, and no matter how many times I listen to them I fail to see their significance.

This isn’t to suggest that I don’t like Motley Crue. I found Shout At The Devil to be a perfectly wonderful album blaring through shitty Jensen car speakers under the influence of a few joints and a six-pack of Bud.

But let’s be honest: the band has been as successful at shafting their fans longer than they’ve been able to deliver the goods. Motley Crue’s initial heyday had a shelf life of 10 years, ending roughly around 1990. Excuses aside (internal fights, the rise of grunge, the fear of Tommy Lee‘s penis), the nearly twenty years since haven’t been too kind to them.

And they have only themselves to blame.