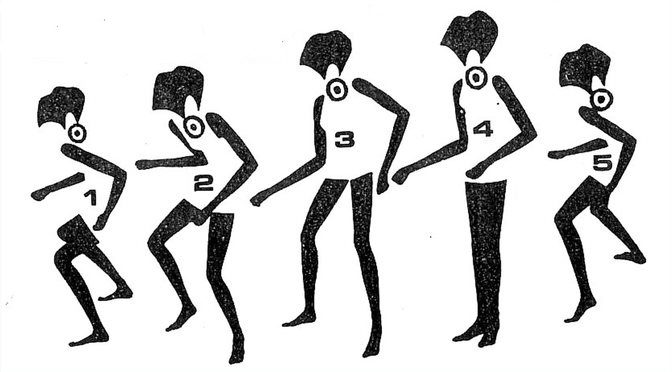 Lyric video by Max Crawford and the Flat Five. From Another World, due November 13 on Pravda/Augiedisc.

Oh this is good. “Drip a Drop” is exactly what we need right now!

If you’re not familiar, the Flat Five is basically all your favorite bartenders from the Hideout together in a band that emphasizes dreamy harmonies and effortless pop hooks. Actually, I don’t know if the three dudes in the group (Scott Ligon, Casey McDonough, Alex Hall) ever served drinks, but Kelly Hogan and Nora O’Connor sure did. Hogan and O’Connor, of course, appear in the liner notes of half your record collection, contributing vocals alongside powerhouse singers Neko Case and Mavis Staples as well as clever songwriterly folks like Andrew Bird, Robbie Fulks and the Decemberists.

The Five released their debut album on Bloodshot in 2016 and now Pravda is putting out their new one. Keeping it all very Chicago!

END_OF_DOCUMENT_TOKEN_TO_BE_REPLACED

Nora O’Connor – Til The Dawn (Bloodshot)

If you’ve been paying attention to the Chicago insurgent country scene over the past half-decade, you’ve probably noticed Nora O’Connor, albeit indirectly. She’s been a member of such Chicago favorites as Andrew Bird’s Bowl of Fire and the glam-twang outfit The Blacks. And if that wasn’t enough to fill up any sane person’s schedule she’s also played or recorded with the likes of The New Pornographers, Archer Prewitt, Neko Case, The Aluminum Group, Otis Clay, Chris Mills, Janet Bean, Frisbie, Justin Roberst, Billy Corgan, Jeff Tweedy and Kelly Hogan. All this while still serving up drinks at the best bar in Chicago. She’s definitely put her bid on winning the hardest working woman in alt-country, if not all entertainment.

This time around Nora O’Connor gets to step out of the shadows and take the spotlight with her latest release for Bloodshot Records, Til The Dawn. Pulling in favors from friends she’s made over the past handful of years playing around town, she’s assembled a damn impressive guest roster of musicians in the likes of Andrew Bird, Gerald Dowd, Ryan Hembrey, Kelly Hogan, Andy Hopkins, and Scot Ligon, which gives her latest album the well worn and comfortable sound of people that have been playing together for a long time.

Til The Dawn falls into that comfortable place between folk and honky-tonk, with just the right measure of torch song lullabies and hipster country to keep things moving along smoothly. With a couple of self-penned originals, a handful of spirited cover selections, and a few contributions from friends, O’Connor presents a delightful grouping of songs that make for an entertaining selection of urban twang.

The first of two James Mathus cuts, “Bottoms”, is a traditional lament of lost love is set against plucking banjo, fiddle, and strumming guitar. A Fleetwood Mac song is stripped down to it’s country soul effectively with “That’s Alright.” My favorite track, “Revolver” by The Drapes’ Kevin McDonough, is a folksy rock tune that has shades of Shawn Colvin’s “Sunny Came Home”. O’Connor’s original, “Tonight”, is filled with beautiful harmonies, swelling violins and inspired lap steel.

The album stumbles a bit with the “Love Letters.” On its own this Kitty Lester cover is welcoming with breathy vocals and a nice arrangement, but is out of place against the rest of the album.

Overall, an impressive solo outing filled with wonderful songs, inspired musicianship, and endearing vocals. It may not grab you the first time through, but with repeated listening you’ll find you’ll understand that’s she’s worthy of standing shoulder to shoulder with her labelmates Neko Case, Kelly Hogan, and Sally Timms.