Two Robert Schneider related posts in a row! This is his new side project with his brother-in-law. Family holidays must be blast. “Do you really want to know your mind / Want to blow your mind? / Want to grow your mind?” Yes, in fact we do! Album art by W. Cullen Hart and it even carries the Elephant 6 logo.

Dang, along with Jeff Mangum‘s recent release of new material and his performance of “Independence Day” at Vic Chesnutt‘s memorial, it’s looking like E6 is getting back on track.

END_OF_DOCUMENT_TOKEN_TO_BE_REPLACED 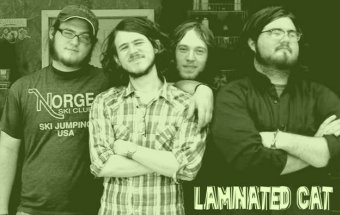 Robert Schneider has called Laminated Cat “the best young psychedelic band in years.” You can see why he might say that. Dude’s helium vocals probably remind him of his own, ha ha. Still, this is a nice bit of pop psych. Plus, for Elephant 6 fans, the album art was created by W. Cullen Hart and Bill Doss

There’s so much going on in this song that it can be initially overwhelming. On first listen you might think it sounds like when you’ve accidentally opened up two YouTube pages at the same time. After your second or third spin, though, the magic and the melody come shining through. Sure, “Overjoyed” sounds like it’s been futzed with for seven years—it has been. It takes a lot of skill to arrange this much clutter so artfully.

Signal Morning features all the members of the Olivia Tremor Control, as well as Jeff Mangum and Julian Koster of Neutral Milk Hotel. Vinyl will ship in October, and there’s a “deluxe” LP edition (limited to 300 copies in handmade jackets designed by W. Cullen Hart) that includes a bonus LP containing demos and alternate versions.