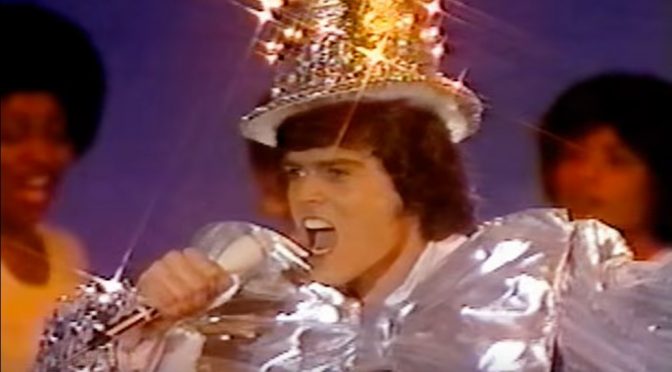 Last week I had an encounter with someone whom I never imagined that I would meet—not that I ever even thought about meeting with him. Ever.

I was flying from Salt Lake City to Las Vegas. While in the scrum-turning-into line to board, I paid no attention to the person in front of me until I heard the woman who was scanning the tickets say to him, “I saw your show last week.  I really liked it!”

And given where I was and where I was going, it struck me that I was next to Donny Osmond.

As a colleague had been upgraded to first class, and as I was boarding, as was Osmond, in coach, I said to Osmond that I was surprised that he wasn’t flying in the front of the plane. Which led to a bit of good-natured banter between the two of us about flying.

Osmond, of course, is an entertainer. He has been for the greater part of his 59 years, having appeared at age 5 on the “Andy Williams” show.

END_OF_DOCUMENT_TOKEN_TO_BE_REPLACED

1) The Osmonds reunite on stage after 25 years – Donny, Marie and the rest join the TODAY cast for preview of Vegas show

Which reunion are you more excited about?

END_OF_DOCUMENT_TOKEN_TO_BE_REPLACED

Did anyone else catch the Osmonds’ special on ABC last night? It was so amazingly pandering I couldn’t believe it. Here’s a sample of the dialogue:

After being told of a death threat against the Donny-led Osmonds, an FBI agent informs the boys that they’ll be under observation.

OSMOND LACKIE: I guess you’re not famous until someone wants to kill you.

FBI AGENT: The Osmonds have become a national treasure.

National Treasure?!?!?! Haven’t these people HEARD Crazy Horse? Sure, one bad apple is a great song sung in true J5 fashion, but please…