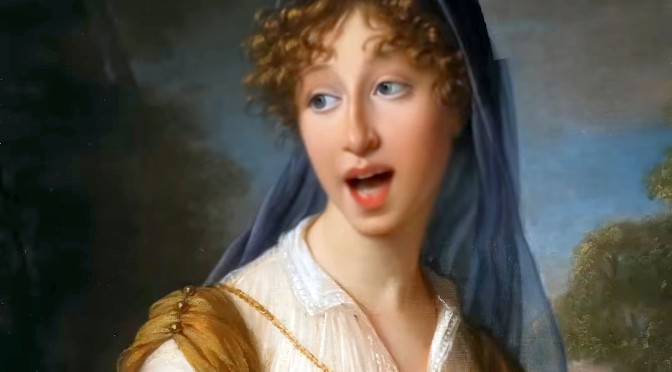 Directed by Pascal Teixeira, Emma Besson and Louis Bes. Made with Reface by Neocortext, Facee by Know Yourself and Prequel by Prequel. Single out now.

Maybe I’m easily amused but this video cracks me up. Sure, deepfake technology can certainly be unsettling and it has the potential for all kinds of misinformation catastrophe, but then it can also make the world’s great paintings lip-sync nonsense lyrics written by a groovy French pop band. 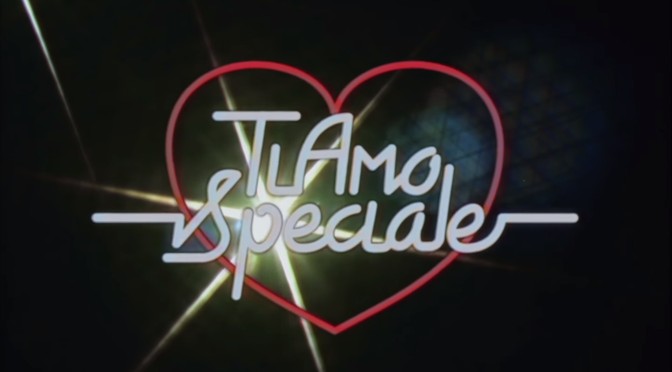 I have a real soft spot for electro-pop. There’s something about the lilting melodies and crystalline synths that brings me back to summers riding around on Honda Sprees jumping from one pool party to another. Except I didn’t have a Spree and I was rarely invited to pool parties as an awkward dope in junior high. But I could imagine the soundtrack and wax nostalgic, even at the time.

French popsters proved to be masters of the genre with 2009’s Wolfgang Amadeus Phoenix, an album so packed with perfect break-up/make-up songs that it became the soundtrack to bachelorette parties for two years. 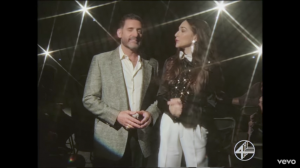 And now the band is back with more of the same on their new album, Ti Amo. And like me, they’re in a nostalgic mood with a video homage to Italian variety shows from the 80s. I tweeted yesterday—largely in response to Ryan Adams’ continued obsession with glossy production—“If we’re going to emulate the 80s, can it least be The Smiths?” I guess not, but this is at least hummable and I can afford my own Spree now.

Ti Amo is due June 9 on Glassnote Records. Pre-order now.

This is really cool, and I hope more and more bands do this. As a thank-you gift for their success following the release of their latest album, Phoenix is giving away the complete multitrack recordings for their breakout album, Wolfgang Amadeus Phoenix. The message is clear: Make your own remixes.

I just downloaded “Lisztomania” (zip), which contains 11 stems: bass, beat, brass, cocotte, guitar1, guitar2, guitar3, key, motif, trident, and vox. Don’t you wish you could get at this for all your favorite albums? Imagine being able to turn down (or off) the sax in “Whatever Gets You Through the Night.” END_OF_DOCUMENT_TOKEN_TO_BE_REPLACED

Ever since our obsession with MGMT sparked a while back I have been listening to more dance-pop. I don’t know if that’s what anyone else calls this music, but it’s what makes sense to me. Phoenix meets the description.

Like their countrymen in that French dance-pop powerhouse, Vampirish have a thing for keyboards and disco beats. These dudes definitely get crazier on the freak-out sounds that have been wigging club kids out for the last 15 years or so, but there’s still a bit of pop sensibility here to keep my attention. Throw on some headphones and let the trippin’ begin!