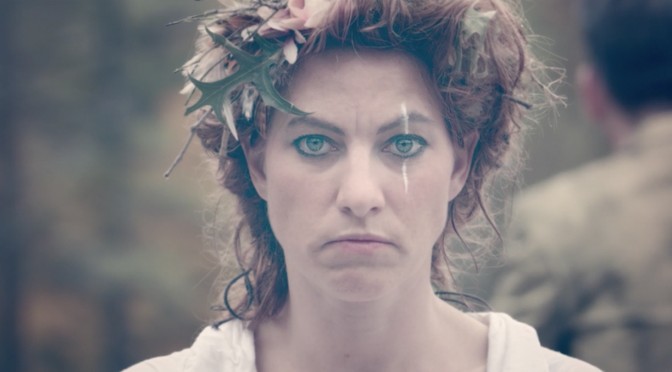 END_OF_DOCUMENT_TOKEN_TO_BE_REPLACED

The news came out today that Roger Waters will be taking Pink Floyd‘s “The Wall” on the road this fall. I distinctly remember kids in school saying you had to be stoned to “get it.” Maybe you do, if you’re the type of braindead dipshit who thinks Jim Morrison is a major American poet. I mean, I was a half-bright fifteen-year-old virgin when I first saw it, and even I caught the obvious central metaphor. It’s the shallowest, least subtle concept album of the original rock opera era. It’s frankly just kinda dumb.

But don’t tell that to Roger Waters. Dude has milked his dead dad and overprotective mom for the last 30 years. Boo hoo, your teachers were mean! Fucking crybaby.

So now he apparently feels he needs to justify hauling out his guaranteed cash cow: “This new production of The Wall is an attempt to draw some comparisons, to illuminate our current predicament, and is dedicated to all the innocent lost in the intervening years.” Dude, it’s okay to do it for the money.

END_OF_DOCUMENT_TOKEN_TO_BE_REPLACED

It was a beautiful day at the end of July, a perfect combination of blue skies and subtle heat. Definitely an uncommon event for Iowa during the summer as July usually proves to be oppressively sweltering.

Instead of enjoying this rare afternoon of tolerable sunshine, I was down in the musty darkness of my parent’s basement, rummaging through Dad’s toolbox. Before long, I located the item I was looking for: a box of Red Devil single-edge razor blades that he used for scraping paint. I brought one blade up to my bedroom, but not for any wood restoration. On this wonderful summer day, I was going to use the blade to cut my wrists.

The reasons why are not important; suicide is a selfish act and, since I’m writing this, I obviously didn’t go through with it. What is curious is the soundtrack that I chose to end my own life to: Pink Floyd‘s The Final Cut.

You may think that there was something metaphoric between my selection in both the music and method of killing myself. The reality is that Pink Floyd was my favorite band at the time and The Final Cut was my favorite album. It wasn’t just my “Favorite Album by Pink Floyd,” it was my “Favorite Album Ever by Anyone.” I know, it should have been have been something better, and even the band’s own Dark Side of the Moon or The Piper at the Gates of Dawn would have been a better critical choice. But during my time of hopelessness, I considered The Final Cut to be the rock music’s crowning achievement.

I was sixteen years old when The Final Cut came out, twenty-five years ago this week.

END_OF_DOCUMENT_TOKEN_TO_BE_REPLACED

Kris pulled her 1978 Firebird up to the stoplight on Main Street and idled next to my car in the other lane. I reached over to roll down my window and talk to her, ultimately agreeing to her suggestion that I ditch my ’68 Plymouth Fury at the parents’ house and ride with her. Besides, my Mopar only had a factory AM radio in it, whereas her Firebird was equipped with a kickass Pioneer cassette deck that I helped install earlier that summer.

Looking back on our relationship now, Kris was what would be described as today as a “fuck buddy.” She was generous with her ride, her drugs, and her vagina. The fact that I maintained steady relationships outside of the late night encounters with her never seemed to bother Kris. Years later, of course, I learned that this wasn’t the case; the fact that I essentially used Kris during those high school years wasn’t lost on her. After I left my hometown for college, the time apart provided her with perspective to consider the dynamics of our relationship and realize that I was pretty much a complete dickhead.

END_OF_DOCUMENT_TOKEN_TO_BE_REPLACED

Phil Taylor and The Astoria – Driving Audio Standards on the River Thames (PDF). Amazing interview from TapeOp with Pink Floyd’s recording engineer and steward of an absurdly high-end recording studio. On a boat!