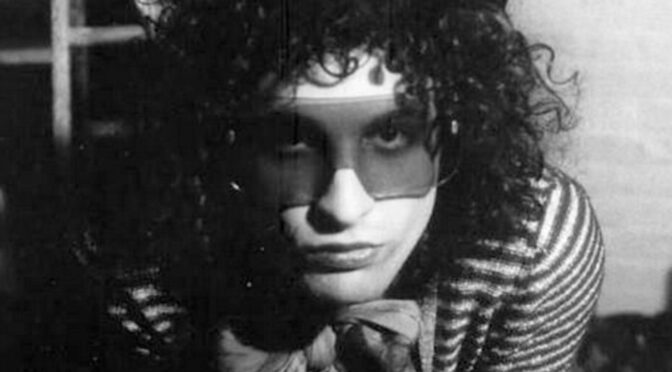 As original member and guitarist for The New York Dolls, Sylvain Sylvain inspired countless kids in bedrooms around the world to pick up their guitars, dab on a bit of rouge, and start a band. The Dolls’ influence on rock and roll is well documented and will continue as long as there’s a need for loud, campy rock and roll--and that need never goes away.

But Sylvain also inspired my all-time favorite rock show heckle; one that I use to this day, regardless of the artist or situation. Like the Dolls themselves, it is equally specific to the moment it was first uttered and evergreen.

It was at The Cactus Club in Milwaukee where my new bandmate and pal Mick was reunited with his band Men From Mars to open for Sylvain. I was late because I couldn’t find my way to the club and passed my turn several times before catching a glimpse of the front door and swinging a hard left on a wet road. I made it in to catch the end of Mick’s set and caught up on beers and chit-chat with Mick. Then it got loud.

Sylvain’s band kicked in hard. I can’t remember what song they opened with but I am pretty sure it was a Dolls’ tune. You know, to get the crowd ready to roll. They were pretty tight but swinging and Sylvain sounded good. He worked up a sweat quickly and eventually wandered into the crowd, guitar in hand so we could all get hot, hot, hot together. This was a few months after September 11, 2001 and we were all looking for an opportunity or reason to find some community. As a New Yorker, Sylvain obviously had some very close and personal feelings about what had happened in New York and what was happening in America as a response. He lit into a rant…a preach for loving each other and not giving in to prejudice or paranoia. He was hitting a high when the heckle rang out like a shot:

It was incredibly offensive and incredibly hilarious, the perfect interruption for an emotional moment as only a Midwesterner can deliver. Sylvain laughed and nodded his head as if to say, “Yeah, yeah. Ok.” and we were back to rocking and sweating.

Sylvain died today after a two and a half year battle with cancer. Of the original line-up, only David Johansen remains. We have the records, we have the songs, but we’ll never get to hear Sylvain play “Trash” again. That’s a real drag.

So, last week I decided to check out the love show of a band I knew nothing about. I don’t get to do that nearly as often as I’d like to, but my pal and local PR man, Nathan put the word out he was looking for a date and I decided to go hang out with him. (Full disclosure: PR man Nathan Walker wrote a few pieces for GLONO in another life. He only sends me shit he thinks I’ll actually like, making him a GOOD PR man).

Nathan knows I like good rock and roll and the whole point of this site is to talk about and share the bands we think everyone should know about. Well, here’s The Pack a.d. Dig ‘em.

The Y! Music Playlist Blog compiles the Greatest Punk Rock Band Logos. Impossible to argue with their top three, but the rest of the list is ripe for discussion.

Sure, there’s a lot on the Internet that is utter nonsense and sometimes even psychologically damaging, but then there are little gems like this: Virtual Tour of CBGBs.

Let the Flash load (it’s slow) because it’s so worth it. Get a 360 degree panoramic view of the legendary punk bar. Zoom in on graffiti. See Hilly sitting in his office chair. Walk around the stage, soundboard, and backstage areas. You’ll recognize the images as an updated version of this but the functionality is much better and gives you a more personal look at the club than you likely could have had when it was open.

CBGBs closed on October 15, 2006 after 33 years as THE punk club in New York (if not all of America) and is now a storefront for high-end men’s fashion designer John Varvatos.

This is a real service and such great use of technology. Check it out.

Patti Smith at CBGB (and Other Music for Uplifting Gormandizers)

Another Fond Farewell to a Friend – The Hard Lessons at CBGB

END_OF_DOCUMENT_TOKEN_TO_BE_REPLACED

The story of Oi – having a laugh and having a say. Via RCD.

END_OF_DOCUMENT_TOKEN_TO_BE_REPLACED

Like any era, scene, phase, what-have-you, punk rock has grown into something much bigger than the dirty architects imagined in their puke drenched booths at CBGB. It’s matured (egads!) and even been accepted by the mainstream (don’t tell Johnny Rotten-Lydon-Rotten), despite the New York Dolls being snubbed for the Rock and Roll Hall of Fame. Yes, it seems rock and roll’s snot-nosed, loudmouthed little brother has grown up a bit. And so have some of the followers of the scene, which has given birth, er, to the punk rock mom. And they are hot.

All around big cities and even some small towns you can see punk chicks pushing strollers and toting wet naps. Decked out in their leather jackets, spiked hair and Doc Martins, they’ve added to their uniform another list of accessories that includes binkies, Pampers, animal crackers and Tickle Me Elmo. These mavens of punk Momdom can just as soon be heard humming the theme to Barney as the Dead Boys‘ “Caught with the Meat in Your Mouth.”

And the punk moms may not just be raising fine kids, they may in fact be the saviors of a movement that’s been subjugated and tamed by mass media. Imagine the looks of blue hairs (those whose hair is blue due to age rather than by design) when punk mom strolls in with Baby Stiv on hip and a Walkman blasting “Gimme Gimme Shock Treatment.” Punk kids may have lost all their shock value but what about the punk moms? Not to mention they’re raising a generation brought up on gobbing as a sign of respect, something babies are naturally adept at.

Now, punk broke some 25 years ago and certainly there were scenesters who became parents in that quarter century, but never before have we seen such a proliferation of punk in maternity wards as we have today. Perhaps it’s because punk’s influence over those years has spread to include a wider range of people. Regardless, there is a new wave of mothers out there still clinging to punk ethics, fashion, music and politics and they’re raising children!

Yes, God May Not Save the Queen, but as long as there are moms out there listening to Television, shacking up with guys who “look exactly like Richard Hell” and know that “Gabba Gabba Hey” is NOT baby-talk, then I’ll sleep well knowing America is in good hands.